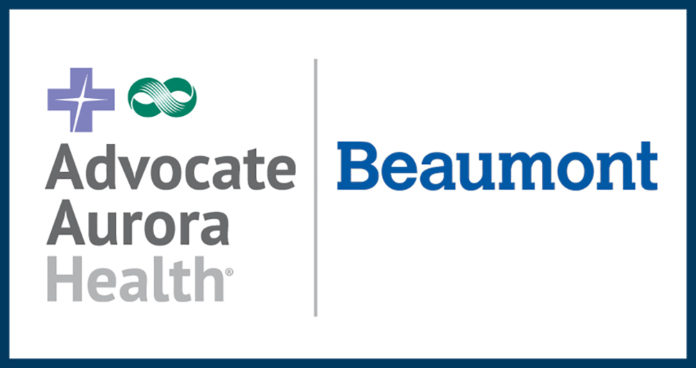 As 2019 drew to a close, representatives of two of the largest hospital operators in the Midwest were in talks exploring a potential partnership that could make them a leading healthcare provider across the region.

When the coronavirus began its march across the U.S. earlier this year, the two sides put off discussions so they could focus on treating the COVID-19 pandemic

Those talks are now back on.

Officials from Advocate Aurora Health and Beaumont Health announced Wednesday they’ve resumed discussion. Following approval by their respective boards of directors, the organizations signed a non-binding letter of intent they say “paves the way” to deeper discussions to create a “leading healthcare system” that would span across Michigan, Wisconsin and Illinois.

“We are excited to explore this option with an organization as highly regarded as Advocate Aurora Health known for their track record in health outcomes, population health and consumer experience,” said John Fox, president and chief executive officer for Beaumont Health. “The potential opportunity to leverage the strength and scale of a regional organization while maintaining a local focus and strong presence in Michigan as a leader and major employer is important to us.”

Executive leadership from both organizations say that while talks are in early stages, the partnership under exploration would allow both not-for-profit health providers to strengthen and align their purposes of serving the needs of individuals, families and communities throughout the Upper Midwest.

“Beaumont Health has built a strong reputation for clinical excellence, education and research. This is a unique opportunity to explore a partnership with a like-minded, purpose-driven organization,” said Jim Skogsbergh, president and chief executive officer, Advocate Aurora Health.

Advocate was formed when Advocate Health Care of Illinois and Wisconsin-based merged. According to Forbes Magazine, Aurora Health Care and executives of the combined company have said they “plan to grow in the future.”

Advocate Aurora’s deal with Beaumont would give the health systems combined annual revenue of more than $17 billion.

Both systems will work closely with state and regulatory agencies throughout the process, which began with notifications to all three Attorneys General earlier this week.

Beaumont Health is Michigan’s largest health care system and is most preferred for health care in Southeast Michigan, according to NRC Health survey data. Beaumont Health has a total annual net patient revenue of $4.7 billion and consists of eight hospitals with 3,429 beds, 145 outpatient sites, nearly 5,000 affiliated physicians and 38,000 employees, including 11,000 nurses. Beaumont is also supported by some 3,500 volunteers.

Advocate Aurora Health, which reported $12.8 billion in revenue last year, is one of the 10 largest not-for-profit, integrated health systems in the United States and a leading employer in the Midwest with more than 70,000 employees, including more than 22,000 nurses and the region’s largest employed medical staff and home health organization.

A national leader in clinical innovation, health outcomes, consumer experience and value-based care, the system serves nearly 3 million patients annually in Illinois and Wisconsin across more than 500 sites of care. Advocate Aurora is engaged in hundreds of clinical trials and research studies and is nationally recognized for its expertise in cardiology, neurosciences, oncology and pediatrics.

The organization contributed $2.1 billion in charitable care and services to its communities in 2018.