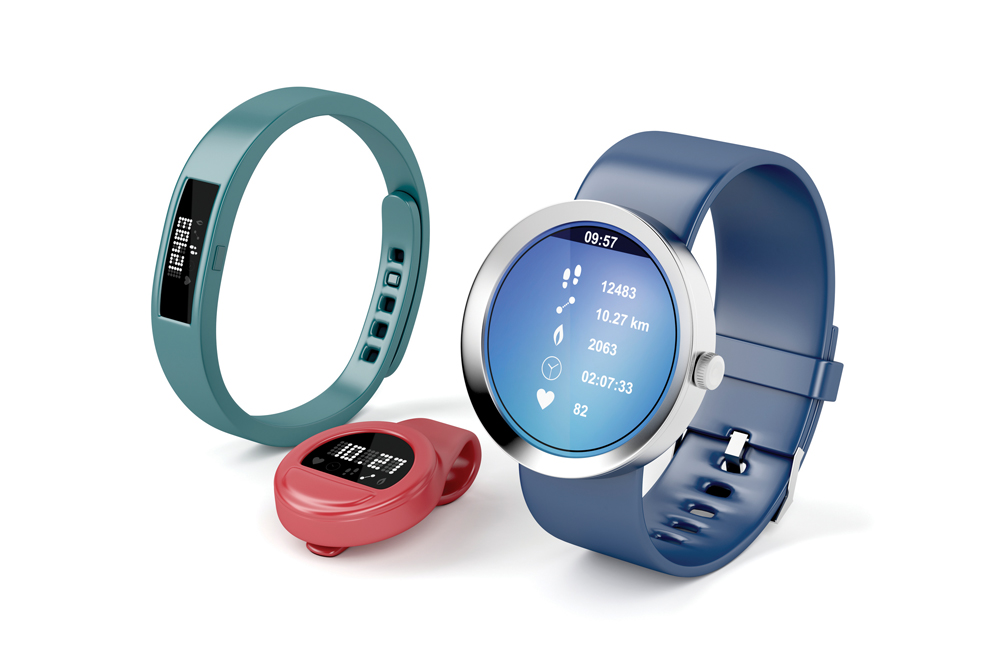 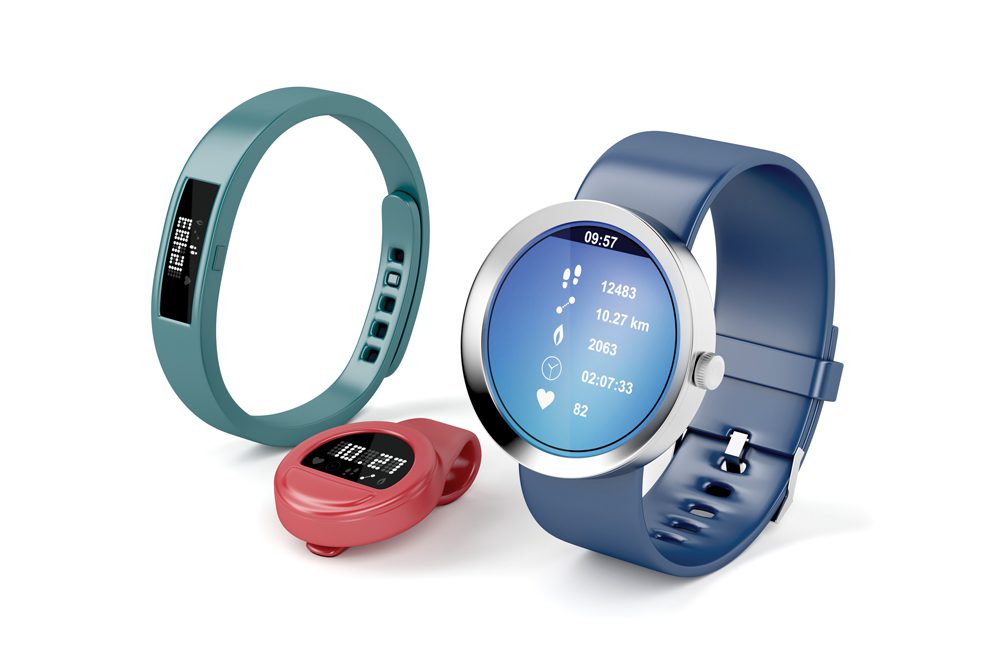 Technology is often blamed for being a barrier to human interaction, but there are some wearable tracking devices that help people learn more about themselves. And experts anticipate such devices will change the healthcare industry.

Last year, Forrester Research’s survey of 952 people, 18 and older, found that one in five U.S. online adults use a wearable device such as Nike Fuel Band, Apple Watch, Samsung Galaxy Gear or Fitbit.

By 2021, U.S. sales of wearable devices will top $9.8 billion—up from $4.2 billion in 2015, projects Forrester. More than a third of those devices sold are expected to be smartwatches.

Judge Lydia Nance Adams of the 36th District Court in Detroit, Mich., is one of millions of Americans using a wearable tracking device, which can monitor everything from physical activity, sleep patterns, calorie consumption and weight.

Adams says a popular wearable device and six-month program through Henry Ford Health System that she saw advertised on TV, is making a difference in her life.

Adams is one of 50 patients participating in a study at Henry Ford’s new Women’s Heart Center, located inside the William Clay Ford Center for Athletic Medicine in Detroit’s Midtown.

The center provides life-changing support to women with heart disease or cardiovascular risk factors. Its two-hour Lifestyle Enhancement Visit includes a detailed body composition analysis, cardiovascular exams, exercise prescriptions and nutrition counseling. And as a part of the center’s research project, select participants such as Adams, were provided with a free Fitbit.

While Adams already owns a Fitbit, she also uses the center-issued wearable device, which only tracks the number of steps she takes daily.

“It is a visible act of health that people seem to be drawn to. And when they see others doing the same, it reinforces positive habits,” says Steinberg. “The development of trackable fitness devices has thrust us into another level of engagement with our patients.”

Trackable devices, he says, are also welcome for their ability to provide a new tool that motivates and encourages patients and colleagues to engage more meaningfully in their health.

“Many patients tell me that they are active and have this false sense of activity level,” says Mattina. “So you say you are active and you are doing 3,000 steps a day. But what we consider active is closer to 10,000 steps. It keeps them accountable.”

In addition to impacting the health habits of individuals, according to some experts, wearable tracking devices may alter the healthcare industry and patient care.

Healthcare wearables are part of an ongoing evolution, says Tractica, a market intelligence firm that focuses on human interaction with technology. As wearables move from being fitness and wellness devices they will be able to directly impact medical conditions, improve diagnosis and ultimately save lives.

Soreon Research estimates the smart wearable healthcare market will grow from $2 billion in 2014 to more than $41 billion in 2020, with diabetes, sleep disorders, obesity and cardiovascular disease representing the biggest growth segments.

Wearable devices will extend beyond fitness tracking to include two-way communication between the user and the healthcare ecosystem, says Shuba Ramkumar, a senior research analyst with Frost & Sullivan’s Information & Communication Technologies practice. “Wearable devices will eventually offer support to healthcare institutions by sharing real-time data collected by the consumer.”

In the area of eldercare, Tractica also found that whether in a healthcare facility or as part of remote monitoring in the home, “healthcare wearables could provide real-time continuous feeds of vital signs, as well as alerts in case of any anomalies.”

Frost & Sullivan experts and thought leaders quoted by Forbes magazine said one of the top 10 healthcare predictions for 2016 was the next generation of wearables becoming a $6 billion market.

Those predictions included a new generation of medical or clinical wearables would be equipped with more sophisticated sensing, capture and analytical functionalities, all of which would improve the “clinical utility” of those devices.

However, Tractica found the burgeoning healthcare wearables market does face challenges such as the accuracy of sensors, consumers’ level of confidence in wearables, design and user experience and the need for user education.

At Henry Ford’s Women’s Heart Center, Mattina says the Fitbits are limited to tracking the number of steps taken by participants, which is then downloaded and analyzed.

While wearable devices are predicted to change the healthcare industry, Mattina says reports and studies are anecdotal.

“We don’t use them regularly,” says Mattina of wearable devices.

Patient information from wearable devices has to be collected and acted upon, she adds.

“The main problem is just who is going to do the monitoring?”

What is needed, says Mattina, is a dedicated medical professional—a nurse practitioner, nurse or physician—who is devoted to managing wearable device data.

“It is really hard to carve out time to do that in between seeing patients,” says Mattina.

Another challenge to wearable devices in healthcare, reports Tractica, is that smaller healthcare wearable companies have difficulty in obtaining regulatory and insurance approvals.

Mattina says the U.S. Food and Drug Administration does not consider wearable tracking devices, such as a Fitbit, as a medical device because they don’t give any input into diagnosing or managing medical conditions, therefore most are not covered by insurance.

She adds the FDA is explicit with a disclaimer that a wearable tracking device such as a Fitbit is a general wellness product that should not be used to replace medical care.

Small clinical trials using wearable devices is the answer, Mattina says. And if those trials show benefits such as financial savings or improved utilization of health resources then there could be expanded coverage.

As the use of wearable devices in the healthcare industry continues to be discussed and debated, they remain popular purchases.

CCS Insight’s global forecast predicts by 2018 over 250 million smart wearables will be in use, 14 times more than in 2013. Of those wearables, 87 percent will be wrist-worn devices— some 68 million smartwatches and 50 million smart bands with no screen or with a minimal, one-line display.

“I have a Fitbit,” says Mattina. “It is on every day. It is part of what I do to keep track of my activity. I was a professional dancer in my other life. But now trying to stay active with two young children, a full time job and trying to figure out how to fit it all in one day, is hard.”

Like Mattina, Adams has a busy life that she says has compromised her health.

Adams said she was motivated to participate in Women’s Heart Center program after her annual physical in March revealed some alarming results.

“My health had taken a turn for the worst,” says Adams. “My blood pressure, cholesterol—everything was up. ”

Adams is running for re-election, caring for her mother, and is a widow raising teenagers. The use of a wearable tracking device serves as a reminder to take time out for herself.

“It has also made me think about life and not just from the perspective of weight loss,” says Adams. “What I have learned from using the Fitbit, is that I get stressed. So I’m trying to live a life where I can relax a little bit.

Adams adds: “Just small things, like making sure I get enough sleep, reading. I have an idea of what my perfect day would be. Do some sun salutations, water my plants, I am just trying to get as close to that as possible.”