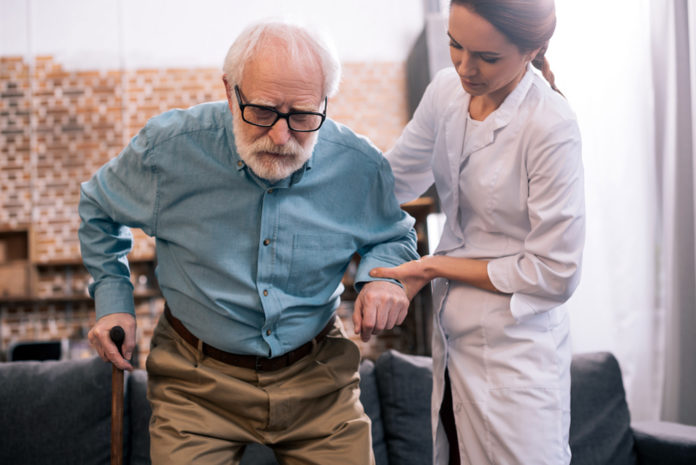 When it comes to a classic supply-demand issue — this one the imbalance in the number of workers needed to take care of an aging population in Michigan — experts are saying things aren’t likely to get better unless some fundamental changes occur in the funding model.

Indeed, solving the problem is mostly about the money — particularly what the industry is paying its workers — which means fewer people are choosing to go into a field where demand already outstrips supply.

Dr. Clare Luz, an assistant professor in the College of Osteopathic Medicine at Michigan State University who has studied the issue for a decade, says there’s a need for some 32,000 more eldercare workers next year.

“Most older people want to stay home and families need help caring for them,” she said. “In-home personal care assistants are important because they can pay close attention to people’s medical needs.”

Those jobs are difficult, both mentally and physically, notes Erin Swadley, who owns Marquette Home Care, which provides assisted living for the elderly. “A lot of times care workers are dealing with people who have dementia, so you’re always repeating yourself, and that can be emotionally draining,” she said.

The issue is exacerbated by high turnover of staff, largely related to the rates of pay that are typically at or around $12 an hour, which is considered to be below a living wage.

“The result is that recruiting people to the field is difficult,” said Brim.

And while there may be personal rewards to those who serve as a caregiver, there’s also an acknowledgment that the inherent conditions of the work are often taxing — including incontinence and behavioral issues, even to the point of sudden bursts of violence exhibited toward a caregiver.

Experts like MSU’s Luz, who is part of IMPART Alliance, an organization of elder care workers, researchers and agencies working to fill the need for more workers, are working to create a standard training program and increasing awareness of the need.

IMPART Alliance officials also meet with legislators to alert them to the problem.

Perhaps the best long-term answer to the problem lies in better pay for eldercare workers.

Ruthanne Sudderth, senior vice president of public affairs and communications at the Michigan Health & Hospital Association, said taking a very broad perspective on the issue is important, especially due to the different challenges faced in different parts of the state.

“There are some that are aligned, but the challenges faced by our members definitely vary based on who they serve and where they serve them,” said Sudderth.

“Part of it is making sure we have reliable data on the healthcare workforce issues that we are facing and understanding where the need to focus is,” she added. “We need to ensure we have the leadership capacity from the state and from stakeholders like the MHA and others to work together to develop solutions to some of these capacity issues, whether that’s incentivizing providers to go into some of these high-need fields or incentivizing providers to go into high-need geographies.”

Currently, however, firms that hire those workers are faced with reimbursement rates that don’t support the kind of wages that are likely to sustain an organization’s recruitment and retention efforts.

Bob Stein, general counsel for the Michigan Assisted Living Association, would agree that work needs to be done at the level of professionalizing the field and communicating to prospective employees how intrinsically rewarding the work can be.

However, a better economy also means that people have more options when it comes to entry-level jobs.

“This is not one of their choices,” he said. “In Traverse City, for instance, places like Walmart, McDonald’s or Target raise their minimum wage to $11 because you can pass the cost to the customers, but not with this job.”

MSU’s Luz says the issue here is different because it’s a matter of life or death for many.

And then there’s Marquette Home Care’s Swadley, who says the basic problem is a fundamentally easy one to understand, but not one that’s easily solvable.

“I’ve been struggling to hire more workers for a while now and the best thing we can do is to provide a more livable wage,” she said. “That’s the best way to attract more skilled workers.”

Zaria Phillips of Capital News Service contributed to this report. See her full story at: