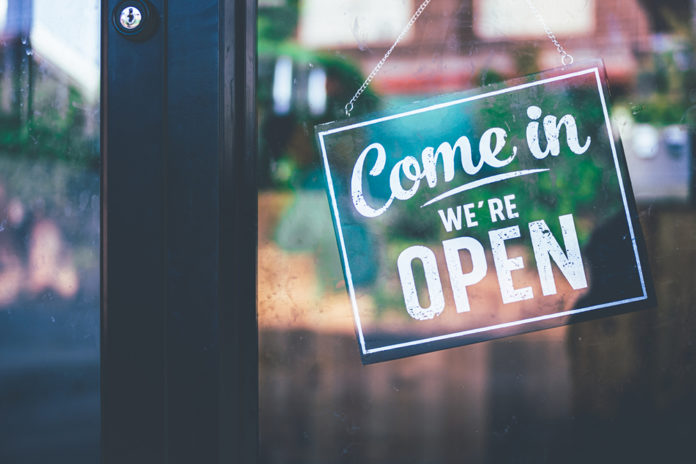 Some 97% of the U.S. population is under some sort of stay-at-home order as the country battles the COVID-19 epidemic, with all but essential businesses mostly closed.

That won’t be the case for much longer.

Governors in at least four southern states are preparing to allow at least some businesses to resume this week.

Georgia Gov. Brian Kemp, one of the last governors to issue a stay-at-home order, said at a press conference Monday some businesses will be allowed to reopen on Friday, and others can reopen on Monday.

Those being allowed to open Friday include gyms, fitness centers, tattoo parlors, and hair and nail salons, while movie theaters, private social clubs and dine-in restaurants will be allowed to reopen Monday.

Kemp did say the businesses must continue to follow social-distancing guidelines.

At his Monday press conference, Kemp acknowledged the pandemic has had a negative impact on Georgians.

“In the same way we carefully closed businesses and urged operations to end to mitigate the virus’s spread … we’re announcing plans to incrementally and safely reopen sectors of our economy.”

As of Monday, Georgia had 18,301 confirmed cases of the virus and 687 deaths, according to the Johns Hopkins virus tracker. Still, Kemp claimed the state is on track to meet the guidelines set forth by President Donald Trump last week.

Meanwhile Tennessee Gov. Bill Lee said Monday the state’s stay-at-home order will expire April 30, and that the “vast majority” of businesses in 89 counties allowed to reopen May 1.

“Our Economic Recovery Group is working with industry leaders around the clock so that some businesses can open as soon as Monday, April 27,” Lee said in a statement. “These businesses will open according to specific guidance that we will provide in accordance with state and national experts in both medicine and business.

Most of Tennessee’s state parks will reopen as early as Friday.

Shelby, Madison, Davidson, Hamilton, Knox and Sullivan counties will work with the Lee administration to plan their reopening strategies, according to The Tennessean. Lee said the decision to let the stay-at-home order expire and businesses to reopen “doesn’t mean Tennesseans should abandon social distancing efforts.”

More: Governor’s Message: Those Who Want Restrictions Eased Must ‘Stay Home’ Through April 30

More: After Running Out of Funds, Paycheck Program Waits For Congressional Deal

McMaster has said he’d like a fast, but safe, re-engaging of the state economy, acknowledging the “severe toll” the pandemic has had on workers and businesses. Businesses including restaurants, bars, manufacturers, dentist offices and a number of others have closed for a variety of reasons, including mandatory orders from McMaster issued in an effort to stem the outbreak.

According to the Associated Press, McMaster acknowledged during a media briefing he sees it as “crucial to both manage the outbreak and shore up the economy” in hopes of avoiding disastrous, long-lasting effects.

“We are still in a very serious situation,” McMaster said, according to the AP. “People want to work, they need to work … and we’re going to do all that we can do to see that they can do that, and continue with their lives, as much as possible.”

Texas reopened its 89 state parks on Monday, according to KSLA. Parks are open for day-use only, and visitors must pre-purchase a day pass. Visitors also have to cover their faces once inside a park, visit parks in groups of five or fewer and keep at least six feet away from people not in their group.

Texas Gov. Greg Abbott has ordered all Texans to stay at home through April 30.

“Opening in Texas must occur in stages,” Abbott said during a recent briefing, according to CNN. “Obviously, not all businesses can open all at once on May 1.” A premature opening of private businesses, he said, would risk further outbreaks and “be more likely to set us back, rather than to propel us forward.”

Governors in other parts of the country have formed regional coalitions they say will be important in reopening their states.

In Michigan, Gov. Gretchen Whitmer joined the governors of six other states – Illinois, Indiana, Kentucky, Minnesota, Ohio and Wisconsin – to work “in close coordination” while making decisions about reopening the economy in the Midwest after closing all but essential businesses in an effort to stop the spread of COVID-19.

Out west, governors in California, Oregon and Washington announced a “Western States Pact,” an agreement they would work together to jointly reopen their economies based on health outcomes.

In a joint statement, Washington Gov. Jay Inslee, California Gov. Gavin Newsom and Oregon Gov. Kate Brown announced they have agreed to work together on a “shared approach for reopening our economies – one that identifies clear indicators for communities to restart public life and business.”

On the East Coast, New York Gov. Andrew Cuomo (who announced Thursday he was extending his state’s stay-at-home order through May 15) said he was working with other governors in his region – New Jersey, Connecticut, Pennsylvania, Rhode Island, Massachusetts and Delaware – and said science would determine when to lift restrictions in their respective states.