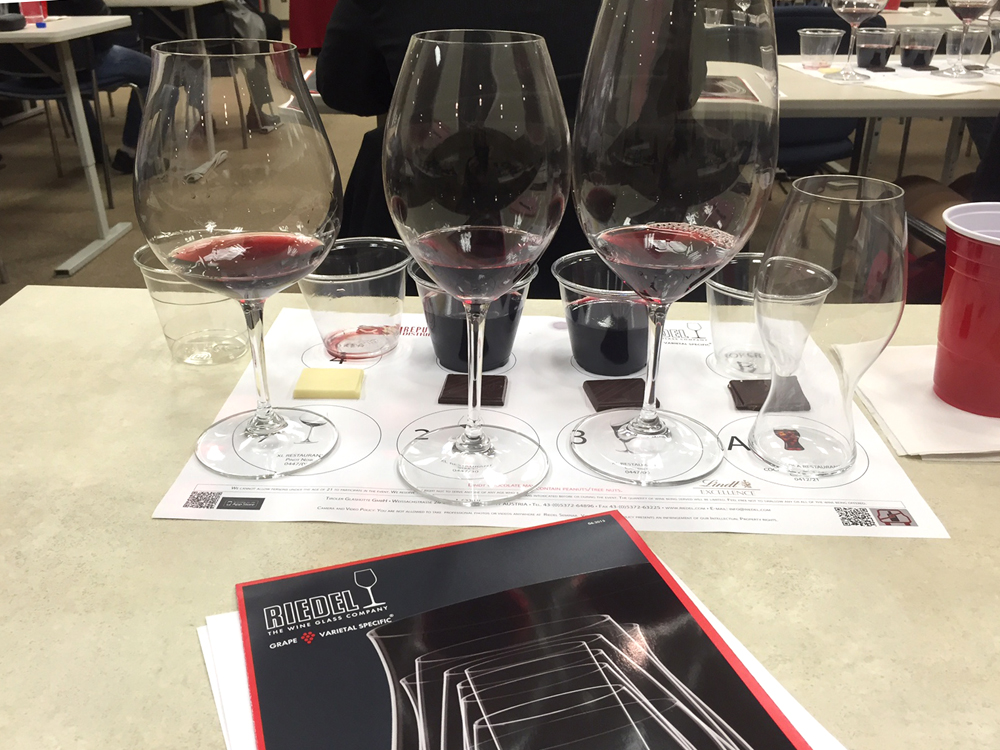 When you’re holding an important business dinner, running a restaurant or hosting people in your home, it’s the little niceties that matter the most. People really do notice if you use cloth napkins, whether you have the correct silverware in the right places and more.

One thing you may not have thought about is the kind of glasses you use to serve your beverages. It’s a small item in an otherwise larger event or activity, but it truly means a lot. At least that is lesson learned from Georg Riedel, the Austrian glassmaker and businessman.

The humorous and elegant Riedel is the 10th generation owner of Riedel, a glass manufacturer established in 1756. The company is best known for its varietal-specific glassware. That’s a fancy way of saying certain glasses enhance the liquid inside, whether it is wine, soda or something else. 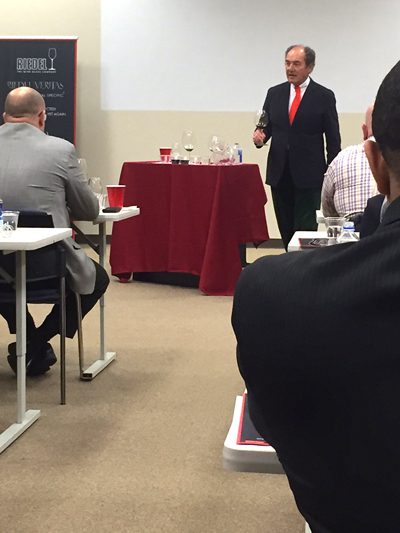 Riedel was in town recently to lead one of Riedel’s famous comparative glassware tastings. The first used the new Riedel Veritas Series – the house’s lightest and thinnest collection of varietal-specific glasses yet – to demonstrate the relationship between the shape of the glass and the perception and enjoyment of wine. For his tasting in Madison Heights, Mich., Riedel used the Vinum XL collection – Riedel’s largest bowl shape glasses.

The experience was eye opening; who knew that glass shape played such a huge role in a person’s enjoyment of a beverage? It wasn’t just the wine that was positively affected by using the right glass shape. It also held true for soda pop. Riedel and his associates explained that Coca Cola came to Riedel to create a cola glass that would allow the pop’s flavor to shine through the effervescence.

For example, pop inside a plain plastic cup overflows with bubbles from the effervescence. Those same bubbles, left uncontrolled, then fill your mouth when you drank the beverage. You lost any flavor potentially within the drink because of it. But the Riedel glass has a smaller mouth and a tapered shape, allowing the bubbles to be contained. The glass also controls how the liquid enters your mouth and palate, eliminating the overwhelming amount of effervescence. As a result, you can taste the subtle nuances of the pop – and yes, there are other flavors hiding in there that the pop maker wants you to taste.

It also happens with wine. For example, Riedel had the class pour a small sample of Cabernet in a Pinot Noir glass. The Pinot glass is ideal for a thin-skinned grape wine, making the vino seem even more delicate and delicious. But a Cabernet in that flower-shaped glass felt lost, and the tannins left a bitter taste in your mouth. Now, the Cabernet in the right glass – a mighty and large vessel that opened widely at the top – made the Cabernet seem silky and full of flavor.

The lesson of the class, Riedel emphasized, is that if you are serving a glass to customers or friends, you need to know the proper shape for the right beverage. And it is worth your time and effort to find the right one. For instance, a restaurant charging $5 for a glass of wine that’s in the wrong glass shape will find the wine doesn’t taste as good to the consumer. And the food that is paired with it won’t seem as tasty or worth the money as it might with the right beverage served alongside. He might be trying to sell more glasses, but the man had a good point.

So next time you’re throwing a party or restocking your glassware, ponder how you could buy differently and how it will affect people’s perception of your offerings. It might surprise you how much the little things add up as a result.