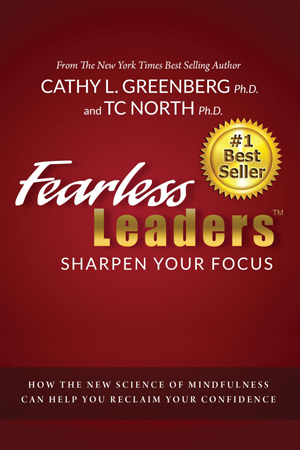 “It is hard to fail, but it is worse never to have tried to succeed.”

Do you control fear, or does fear control you? Do you have the courage to fail in order to succeed? Fearless Leaders don’t like to fail. Some even say they hate to fail but, paradoxically, they are courageous and learn to accept failure as an inevitable part of success. It turns out that the most enlightened leaders actually view their failures as mere setbacks and as opportunities to dissect, understand and learn.

Everyone has fears; all Leaders have fears. Some fears, like the fear of a rattlesnakes and heights, keep you alive. In coaching entrepreneurs, corporate rising stars and top sales people to be Fearless Leaders, “fearless” is defined as one who masters his or her fears. By mastery, I mean you still have fears, but you are in conscious control of your fears rather than they are in control of you.

Two important aspects to regularly acting with inspiring courage.
You must:

Mastering your fears begins with having the courage to fail, which is the opposite of being afraid to fail. If not managed and controlled, being afraid to fail blocks success. At a minimum, it can create anxiety. At its worst, it can emotionally paralyze you. Becoming great requires failure. To excel at being a Fearless Leader, you must become courageous and master coping with failure. Because, the road to success is paved with the potholes of failure.

the road to success is paved with the potholes of failure

Are the best in the world afraid of failing?
Former Denver Broncos Team Captain Karl Mecklenburg, a six-time All-Pro NFL linebacker, explains, “In the NFL you see gifted guys who were drafted in the first or second round, but the first time they have ever failed was on their first day at an NFL training camp when some veteran mops the floor with them. They don’t know how to react. They feel defeated. On the other hand, if you have someone who has been thwarted and challenged, and has pushed himself over and over again up to that line where they are going to fail, but have the courage to continue, that is someone who can handle failure. They’re the football players who make it in the pros.”

Rebecca Lolosoli,  who lives in Kenya and is part of the Samburu tribe, is another example of a Fearless Leader who inspires others with her courage. In her culture, women are considered possessions. They can be bought and sold for less money than a cow. She explains in our interview: “A husband is expected to beat his wife so that she doesn’t ‘grow horns’”—which really means to make sure she doesn’t think and act independently. “A husband may even kill his wife without being punished.”

Even as a girl, Lolosoli would intervene when a woman was being attacked while knowing she herself would be punished for her rescue efforts. She often stood up in front of the village elders, asking that they put an end to the violent customs against females, such as genital mutilation. She would also provide protection to those who were outcast because they had been raped.

As an adult, she received death threats from her husband and men in the area. Once, her husband’s brothers beat her so badly that she was blinded for nearly two months. But as soon as she recovered, Lolosoli continued fighting for the empowerment of the women in Kenya by forming a new village, a safe haven for females fleeing violence or persecution. They named it Umoja, which means unity.

Lolosoli continually demonstrates the courage to fail, or in her situation the courage to risk rape, physical beatings and death, to succeed at empowering women. She is winning her battle. Rebecca Lolosoli is the most fearless of the Fearless Leaders I’ve met.