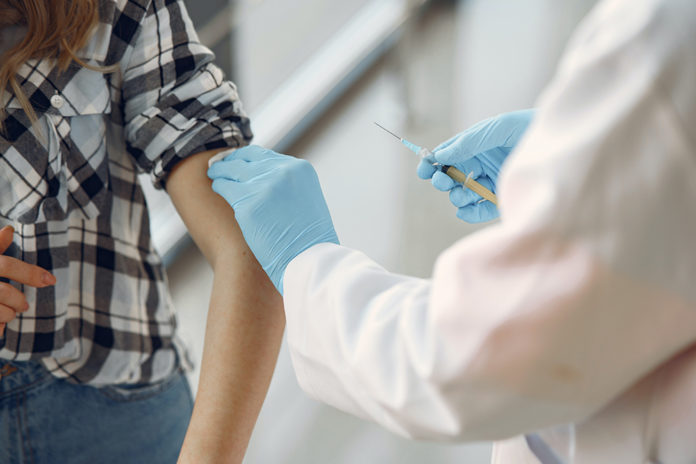 After President Joe Biden’s televised announcement last week that the U.S. Occupational Safety and Health Administration will draft guidance that businesses that employ 100 or more people will be forced to require either COVID-19 vaccinations or negative COVID tests, the only question left will be the timing.

Most estimates say OSHA will issue an emergency temporary standard (ETS) in the next few weeks, but agency officials haven’t weighed in on the timing yet.

They’re about the only ones who haven’t weighed in. Biden Administration officials (obviously in favor) were all over the Sunday news shows assuring listeners of the legality and the efficacy of the plan.

(Corp! Magazine reached out to OSHA, who referred us to Michigan OSHA. MIOSHA did not respond to questions about the timing of the ETS.)

The mandate, which affects an estimated 80 million American workers, would:C

When will all this happen? Most experts think it likely sooner rather than later.

“Although the timing of when the ETS requirement will go into effect is not clear, it will likely not be a long wait,” Keith Wilkes, an attorney with Hall Estill in Tulsa, Okla., told the Society for Human Resource Management.

Some experts agree the Delta variant and the pandemic have a stranglehold on the nation’s economy, and that Biden’s plan would help.

“Without a doubt, the main stranglehold on the economy and the labor market is the virus,” Ben Zipperer, an economist at the Economic Policy Institute, told The New York Times. “What that means is, if we want to actually increase employment opportunity, increase the size of the economy and get the size of the labor market back to its pre-pandemic level, we need to get control of the virus — and that includes vaccine mandates.”

Republican governors have already threatened to sue. Gov. Kristi Noem of South Dakota said in a tweet her state “will stand up to defend freedom. @JoeBiden, see you in court.” While Georgia Gov. Brian Kemp tweeted he would “pursue every legal option available to the state of Georgia.”

The Republican National Committee has also said it would sue, although it said in a statement that won’t happen until the orders go into effect.

“Joe Biden told Americans when he was elected that he would not impose vaccine mandates,” RNC chairwoman Ronna McDaniel said in a statement. “He lied. Now small businesses, workers, and families across the country will pay the price. Like many Americans, I am pro-vaccine and anti-mandate. Many small businesses and workers do not have the money or legal resources to fight Biden’s unconstitutional actions and authoritarian decrees, but when his decree goes into effect, the RNC will sue the administration to protect Americans and their liberties.”

When a reporter asked for his response to the threat to sue, Biden said simply, “Have at it.”

For his part, U.S. Surgeon General Vivek Murthy, making the rounds of the Sunday shows, called Biden’s mandate “an appropriate legal measure” that is in line with traditional safety requirements in schools and workplaces.

“We have to put this in context. There are requirements that we put in workplaces and in schools every day to make sure that workplaces and schools are safe,” Murthy said on ABC’s “This Week.” Murthy rejected claims that Biden doesn’t have the authority, pointing out, “These are focused on areas where the federal government has legal authority to act … We know these kind of requirements actually work to improve our vaccination rates.”