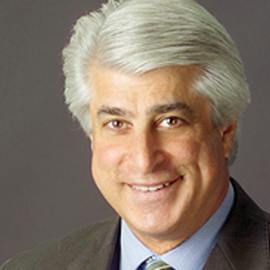 We plan for death and disability and create Buy/Sell Agreements using them as triggering events - but what about divorce? With a 50 percent divorce rate it is a much more likely event.

Business distress and family trauma at the same time is like multiple organ failure. I dare say that a family business might be more likely to survive the sudden unexpected death of the major shareholder and CEO, than to survive his or her divorce.

Divorce of a majority shareholder
This could be the perfect storm for the business. Here is the majority shareholder and his spouse (who might also be a shareholder) going to war over their assets - and generally the family business is their largest asset. I am not an attorney, but I have been advised that the presiding judge will have the final say about a number of things concerning the business - like what it is worth, who should get what part of the value, and how that will be paid out.

The most common situation would be that the male owns and operates the business. Michigan is what is called an “equitable distribution state” which means that somehow the division of the marital estate should wind up fair-¦and the judge decides fair. It won’t matter that the business has been in one family for generations, or that the spouse never worked in the business and has no ownership. What will matter is the asset mix and how to divide it fairly.

I have heard of a judge requiring the sale of the company with the proceeds to be split when the divorcing couple were equal shareholders and could not resolve who should get the business. That was partly because there was not enough cash elsewhere for any legitimate purchase terms. Due to the divorce battle, the company is run into the ground. The next generation is left to seek employment elsewhere, angry with their parents on many fronts. And, the business was sold like a fire sale. Everyone lost!

Divorce of a minority shareholder
This is mighty ugly too. Let’s assume that your son is a 24-1/2 percent shareholder as is his brother (your other son). He is a key executive with the company and performs well. He has two young children and is a great father. But, he and his wife of 10 years just can’t get along any more - mostly because he works all the time. She has come to hate the business and has pretty negative feelings about your family too.

They own a nice house with a big mortgage and some retirement savings in the company 401(k). They have few other assets, although he has been pulling down a low six-figure income for several years.

Guess what her attorney is coming after BIG TIME? Your daughter-in-law’s attorney will burden you with depositions and discovery that will make you wish you had another 24 hours in a day to run your business - not to mention the psychological toll it will take on one of your key managers.

She will probably get her fair share, but how? There are not enough assets without the company stock to split the marital estate. Will you offer to buy back some stock? At what price? Could the value determined by the divorce judge become binding on other issues - like your estate plan? What if she winds up with stock and you now have a very disgruntled shareholder to deal with that wants cash? Minority shareholders have lots of rights - including the questioning of compensation - that can raise havoc on the way things are. Believe me-¦this only scratches the surface. We haven’t even talked about visitation of the grandkids that often becomes a trump card!

Divorce of an inactive family member
Let’s say your daughter married a professional who works outside of the family business. Their marriage falls apart and they get divorced. Let’s further assume that the divorce is fair and amicable. She received a good settlement, reasonable child support and alimony. Even so, it does not afford her the life style she is accustomed to, or the things you want for your grandchildren.

Your daughter has been a homemaker since having kids and she was a teacher before that. Now she needs a job-¦one that pays well and has flexible hours. Naturally, she approaches you (if you didn’t approach her first) and asks for employment. You want what is right for her so you say yes and find a way to fit her in - somewhere. WRONG!

While that might work well for you and your daughter and her children, it probably doesn’t work well for anyone else. She may have great skills, but they aren’t in the business field and she is too tired and busy to gain the skills she needs. Her first priority is her children (as it should be) and she abuses her family position to handle her single motherhood. And when does it end-¦.

You would be better off helping her financially and with babysitting, but advising her to seek employment elsewhere - you could even help her find a job.

Things you can do

Most of all don’t ignore it. Divorce is more likely than any of those other things you have planned for, so why not have a plan for it too-¦your plan could save your business and your family.

Rick Segal is the principal at Segal Consulting. He holds a Certificate in Family Business Advising with a Fellows status from the Family Firm Institute. He is the founder of the Family Business Council and its affiliated Study Group. He can be reached at [email protected] or by visiting www.segalconsulting.biz.