Ask any of a number of filmmakers and producers nationwide about what they think the “next big thing” in the industry is likely to be and it won’t be long before the term “virtual reality” comes up.

Certainly, Hollywood has taken note, as have media companies, including The New York Times, which has dallied with the phenomenon that seeks to immerse the viewer in the scene.

Neil Mandt is among those who are taking this trend seriously.

Mandt, who is something of a screen savant, having worked the news desk at one of Detroit’s largest  stations and since then has produced television ranging from the O.J. Simpson trial to the Sydney Olympics. He’s also co-produced movies including the popular “Million Dollar Arm” from Walt Disney Pictures.

As far as the transition into VR—as it’s typically shortened— the Emmy-award winning Mandt began to think about what’s next in his industry and began exploring what new opportunities might be out there in terms of technology. The longtime writer, producer and director decided to go long range, investing his time, talents and money in the growing form of visual communication.

“I’m in the right place at the right time,” said Mandt, who was born in New York, grew up in Detroit and now lives in Los Angeles. “People are cutting the cord (to traditional television), so we need to look for and create what’s next.” 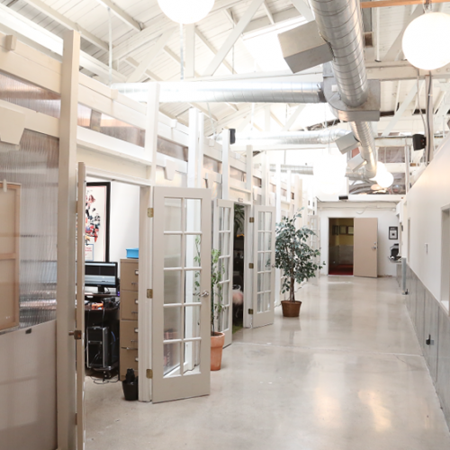 Recently, Mandt launched MANDT VR, a specialized production company that hopes to take VR into new areas. Think of it as immersive experiences for ears and eyes. Or, as Mandt says, this new way of viewing and engaging an audience with video content will be to the entertainment world what the birth of sound was to the silent film and what color was to black and white.

On its YouTube channel, you can see what Mandt means about his new venture. Just by grabbing the screen with your mouse, you can scroll around a scene like that of ArtPrize in Grand Rapids, watching the artists at work, seeing their entire studio or environment as well as take note of the audience reaction through the creative process.

Everything is crystal clear and dramatic from start to finish.

As Mandt explains, users will now be able to “explore” the immediate surroundings in which the main character lives in each episode. Offering shows in the VR format is taking not only VR, but the endeavor of watching TV, movies and sports, to a whole new level where people are going from passive viewers to active participants, he said. 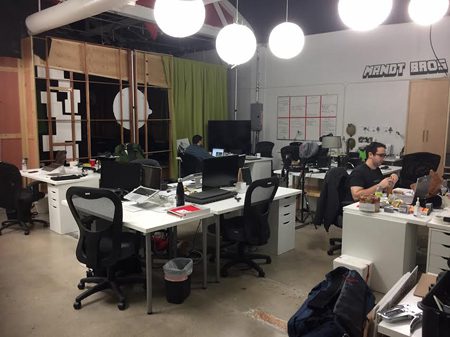 Mandt’s newly launched business is working with one of the nation’s largest podcast companies to bring its loyal listeners a fully immersive experience, letting them see and hear their favorite voices, such as Adam Corola and others. This technology brings Hollywood-quality film production and video content to an arena that previously had little to no visual component, Mandt said.

So far, Mandt and his partner Gordon Whitener have created more than 20 original series for 360-degree video for PodcastOne, Oklahoma State University and Disney. Earlier this year, MANDT VR and PodcastOne inked a deal with Forbes to create 40 episodes of serialized content for the magazine. Mandt has also signed a partnership with the Pittsburgh Steelers to create a series of videos where viewers feel like they have an all-access pass to a National Football League game-day experience.

For his part, Mandt says he is having a ball with the new technology and what it can do for his clients and others. Based in Hollywood, Mandt VR offers a 360-degree turnkey operation from writing, filming, editing and distribution. Its 7,000-square-foot production studio offers full-service production, something few other companies have yet achieved.

When he comes back to Michigan, which he does frequently for projects, including ArtPrize, Mandt says he is impressed with Detroit’s renaissance. He’s also proud of being from the Mitten State, having grown up near Bloomfield Hills, where he went to Lasher High School, working on public access and later college radio while at the University of Detroit.

During his college years, Mandt worked alongside well known personalities such as WDIV TV’s Carmen Harlan, Mort Crim, Chuck Gaidica and Bernie Smilovitz. He was only 20 years old when he was the winner of a College Emmy Award. From there, he decided to shoot for the big time, moving to Los Angeles with a plan to get into movies.

One of Mandt’s television jobs was producing the O.J. Trial for ABC News. Eventually, he began to pursue film, writing, producing and directing the critically acclaimed indie flick “Hijacking Hollywood” (1997) and continues to direct feature films and short films for the cinema and television.

In 2001, he and his brother Michael merged their two production companies to form Mandt Bros. Productions. Since then they have produced projects for ESPN, ABC, Disney and PAX amongst others, with the firm becoming one of the most sought after production companies in the sports-television business.

While that success has been satisfying, Mandt is still going for more. For Mandt, the potential of virtual reality is limitless. He believes something magical happens at the intersection of technological innovation, artistry, and imagination, and virtual reality has the power to channel all three.