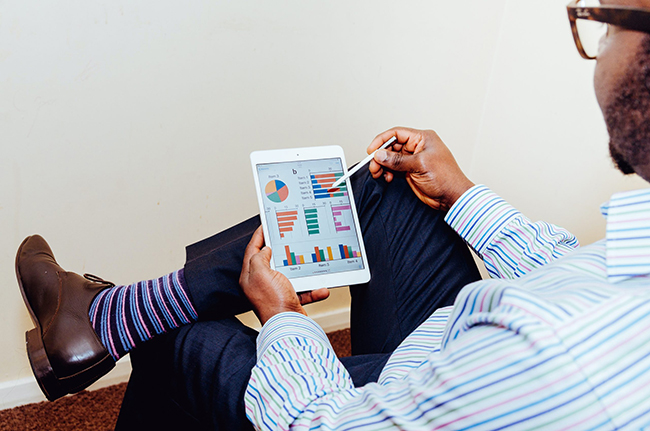 Neeraj Shah wasn’t at all surprised by the fact that Minority Business Enterprises are lagging behind white-owned businesses in terms of revenue equity.

He was surprised, though, at how long a study his company – supplier.io Inc. — did at the behest of the Michigan Minority Supplier Development Council showed it would take for MBEs to achieve equity.

According to the study on economic equity for people of color, at current growth rates, it will take a stunning 333 years for MBEs to achieve revenue equity with white-owned businesses in the U.S.

Shah, the founder and CEO of supplier.io Inc. — a provider of solutions that enable companies to manage, optimize, and scale their supplier diversity programs, serving one in five Fortune 50 companies — said the numbers are even more dramatic when you take out businesses owned by Asian-Americans. Either way, the figures are stunning

Robinson said that increasing supplier diversity remains a major challenge, and that achieving parity would bring a significant boost to the overall economy. For example, achieving parity between Black-owned and white-owned businesses would add $290 billion in overall wealth.

He said a key solution to shortening the timeline is a deliberate and intentional focus on minority firms access to and spending from corporations.

“This research makes it crystal clear that the current path is one we cannot continue if we wish to achieve economic equity for people of color in our lifetimes,” Robinson said. “Corporations who understand that strong communities create strong customers, strong employees and strong neighbors, must re-commit to providing access for MBEs to compete for all aspects of their business.”

Shah agrees the fix – “That’s the trillion-dollar question, isn’t it?” he said with a chuckle — for the disparity lies within the spending power of corporations. He said many corporations already dedicate a percentage of their purchasing power to doing business with MBEs.

If all corporations grow their MBE spend percentage by 1% annually, Shah said, the timeline to achieve parity would improve from 333 years to 15 years. He cited Facebook, which he says spent some $300 million last year with MBEs, but plans to triple it to about $1 billion this year.

“If corporations were to increase their spending with minority companies by 1% every year, the collective purchasing power these companies have today, you’d be able to close that gap very rapidly,” Shah said. “If everybody did it, if all the companies adopted the program, we’d be able to close that gap from 333 years to 15 years, because that’s the kind of buying power corporations have.”

The report was commissioned by the MMSDC, and analysis conducted by supplier.io Inc., to assess the growth rate of MBEs and determine the gap that remains in revenue parity for MBEs, relative to the number of minorities in the United States.

The research shows that the average MBE percent to total spend is 3.29 percent and needs to increase to between 13 percent and 16 percent (excluding only payroll and taxes) to achieve parity.

Among other results of the research:

How did it get to this point? Shah points to systemic issues that have kept MBEs from catching up. For instance, he said, the odds are “stacked against you” as a startup company to begin with. And it’s difficult to get startup money. According to Shah, less than 2% of venture capital goes to diverse businesses.

Minorities are also less likely to get financing from banks, he said.

“There are a lot of underlying issues … I don’t think there is one clear factor,” Shah said. “First of all, they’re starting much further behind. Minority businesses as an entity weren’t a significant representation in the U.S. economy until maybe 40-50 years ago.

“When you look at the economic structure … do you start off with the resources to be able to start a business, and lastly do you have the network to support you in that business?” he added. “Even if you start the business at the same rate as the others, your odds of success are lower just because you’re struggling with not being able to get venture capital, not being able to get bank financing, not having a network that maybe can support you financially and economically.”

The issue needs a solve because, as Robinson pointed out, people of color are expected to make up more than 50 percent of the U.S. population by 2045. Companies that are not responsive to this growing customer base are more likely to be left behind, which is another incentive for MBE spending growth.

“After decades of stagnation, it’s time for corporations to go beyond words, and take actions that help create lasting wealth within communities of color,” Robinson said. “By doing so, all communities will benefit.”

In the study findings, the “Path to Parity” recommendations include:

PR Newswire contributed to this report.