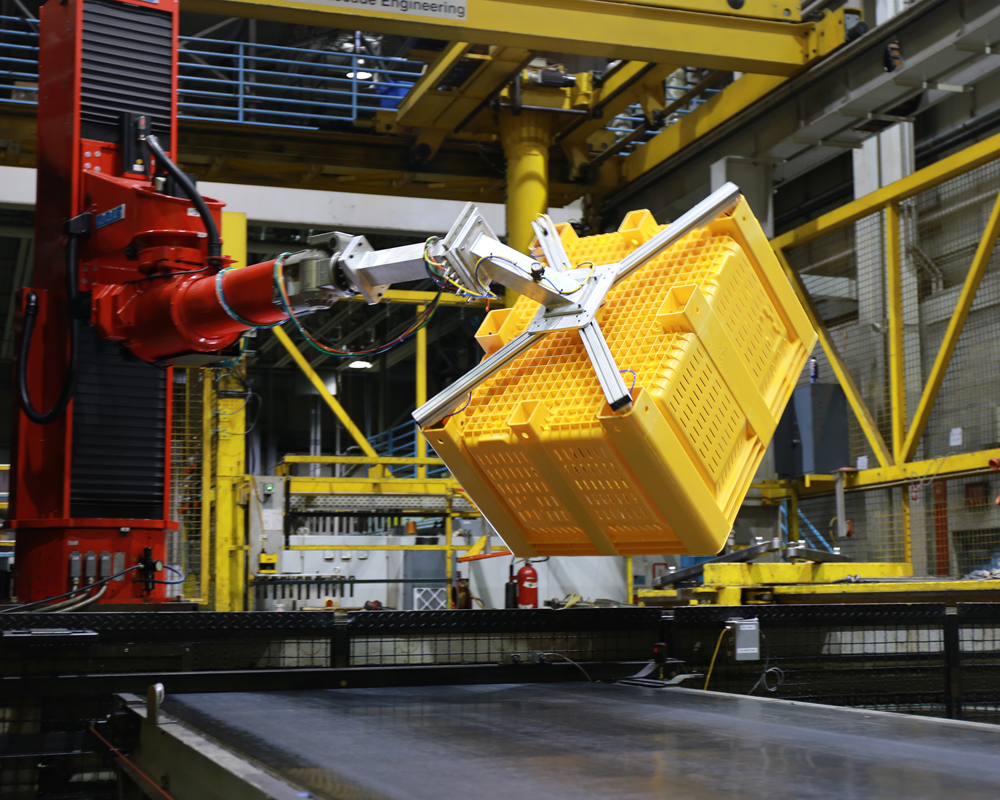 When Amy Valderas went to the Michigan Department of Human Services to register for welfare, she was the out-of-work single mother of three young children and had no idea how she would make ends meet. Luckily, a DHS employee mentioned Cascade Engineering, and Valderas had the courage to call the company in search of a job.

Sixteen years later, Valderas is training others at Cascade’s 33rd Street plant in Grand Rapids, and she’s a Level C employee, meaning she earns the top level of income possible for her job. Two of her children are college graduates, and Valderas is a proud homeowner whose children have said, “It’s because of you, Mom.”

“I tell them, ‘You can do it all. You just have to put everything in order,’” says Valderas.

This employee’s ascension from welfare recipient to workplace leader with longevity at the same company in Grand Rapids, Mich., was not an accident. In fact, since 1999, Cascade Engineering’s Welfare to Career program has guided some 800 individuals off welfare and into meaningful, thriving careers.

According to the U.S. Census Bureau, 15 percent of the population, or 46.5 million people, lived below the poverty level in 2012, the latest year for statistics. Of that, 10.6 million are known as “the working poor” – people whose education or training level have kept them from achieving gainful employment that will adequately fund their lives. There are a disproportionate number of women, Hispanics and African-Americans among the working poor, the research shows.

Cascade Engineering, founded by Fred Keller in 1973, had a mission to build an organization that could be successful and create an environment in which people enjoyed work. Its Welfare to Career program is one of the components of that environment, and, as a result, it contributes to engaged employees and employee retention.

Cascade, a global provider of engineered plastics systems and components, was named a Best and Brightest Sustainable Company in late 2015. As one of the largest certified “B” corporations in the world, Cascade Engineering is a nationally recognized proponent of sustainable business practices that emphasize the key role business can play in building financial, social and environmental capital.

Keith Maki, director of marketing and public relations, said the company attributes its sustainability to its stable workforce. “We want to create an environment in which everyone has value, has a purpose and likes coming to work,” he said. “This provides us with less turnover and long term stability and hence sustainability as an organization.”

Michigan Gov. Rick Snyder has commended Cascade, Keller and Valderas for the Welfare to Career program.

“Fred Keller’s innovative program – ‘Welfare to Career’– is an excellent example of how the public and private sectors can come together to give people the opportunity to become self-sustainable through working while having access to services that eliminate the barriers structurally unemployed individuals face,” Snyder said.
The key, says Kenyatta Brame, Cascade Engineering executive vice president and chief administrative officer, is having realistic expectations for all involved.

“We educated our supervisors about what poverty is,” Brame says. “There were preconceived images of people on welfare.”

The company also educates new hires in workforce protocol and, thanks to the presence of Joyce Gutierrez-Marsh, a Department of Human Services caseworker who works on-site at Cascade, typical barriers to successful employment can be easily overcome.

Such barriers include reliable transportation and child care, among others, says Brame. Early on, Valderas faced struggles with both, and the company was able to help her find a car that wouldn’t break down and a safe place to leave her small children while she worked.

Another problem is attendance, because people who have not reliably worked before may not be aware of the importance of showing up every day, on time, Brame says. Gutierrez-Marsh receives an attendance list daily and if one of her clients is on the list, she can ask questions as a social worker that a human resources professional would not legally be able to ask.

Eventually, the Department of Human Services and eight companies in Grand Rapids formed The Source, an agency to help people on welfare find gainful employment. Its director, Mindy Ysasi, is a former Cascade employee.

Inspired by a “desperate need for talent,” the Welfare to Career program had a bumpy start but eventually grew to a retention rate of 98.5 percent, says Brame. Of Cascade’s 1,600 employees today, about 80 are current Welfare to Career participants. Many graduates of the program have gone on to other careers, which Brame celebrates because it means they reached their personal pinnacle at Cascade and wanted more.

“No matter what your background is, you can be successful,” Brame says.

Note: For more on Grand Rapids, Mich.-based Cascade, visit www.cascadeng.com. Information on the Best and Brightest Sustainable Companies is available at www.101bestandbrightest.com