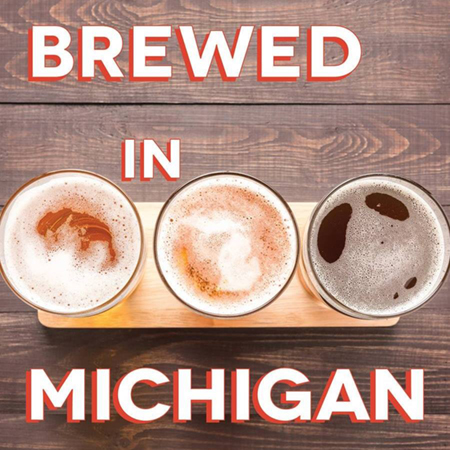 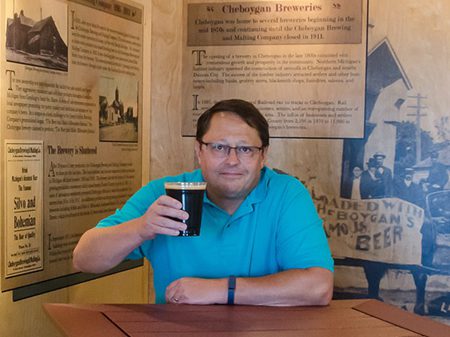 Michigan has become a beer lover’s paradise – there’s a craft beer and a brewery for practically every taste out there.

What makes this state such a unique place for beer is, for the most part, the people and the places where the beer is brewed, according to William Rapai, a longtime reporter, respected author and beer lover.

Rapai is the author of the newly released “Brewed in Michigan: The New Golden Age of Brewing in the Great Beer State.” Rapai recently spoke to a group of beer lovers at Atwater Brewery in Grosse Pointe Park about the book, how he created it and why he loves Michigan beer so much.

Perhaps the best description of Rapai’s book comes from the author himself and his publisher, Wayne State University Press. It goes something like this: “’Brewed in Michigan’ is a book for beer enthusiasts and for people who want a better understanding of what makes Michigan beer special.”

Rapai had the idea for the beer book on a suggestion. He had finished the other two books: “Lake Invaders: Invasive Species and the Battle for the Future of the Great Lakes (Wayne State University Press, 2016)” and “The Kirtland’s Warbler: The Story of a Bird’s Fight Against Extinction and the People Who Saved it (University of Michigan Press, 2013). He was looking for his third story, having received accolades on his first efforts as an author.

He was enjoying Michigan beer as any normal resident of the Mitten State does. Rapai, like many beer connoisseurs, had his favorites. He even had investigated several beers and beer makers on his own, part of a lifelong interest in people, their stories and the creative life as a reporter for papers including The Detroit Free Press and The Boston Globe.

When a family member suggested Rapai write his next book on beer, he reached out to the Wayne State University Press with the idea. His editor at the Press responded so quickly that even Rapai was shocked. They started talking, and “Brewed in Michigan” was born.

Beer and its making truly define what it is to be part of Michigan and a resident of this state. And the rest of the world has noticed. In 2016, Michigan ranked fifth in the number of craft breweries in the nation and tenth in the nation in craft beer production. Craft brewing now contributes more than $1.8 billion annually to the state’s economy and is proving to be an economic catalyst, helping to revive declining cities and invigorate neighborhoods, Rapai said.

When you start reading his book, you’ll realize that it is not a description of the beers he has enjoyed or an analysis of brewing as a whole. Rather, Rapai looks at what contributed to the rise of beer brewing in Michigan, learning with an open mind about the people and places that brew this special beverage for their family, friends and the public.

His interviews and profiles of the individuals he met during the 18-month tour of breweries around Michigan are the heart of the book, and these are very human stories. “Brewed in Michigan” is a great book for learning more about the state, its makers and its favorite adult beverage.