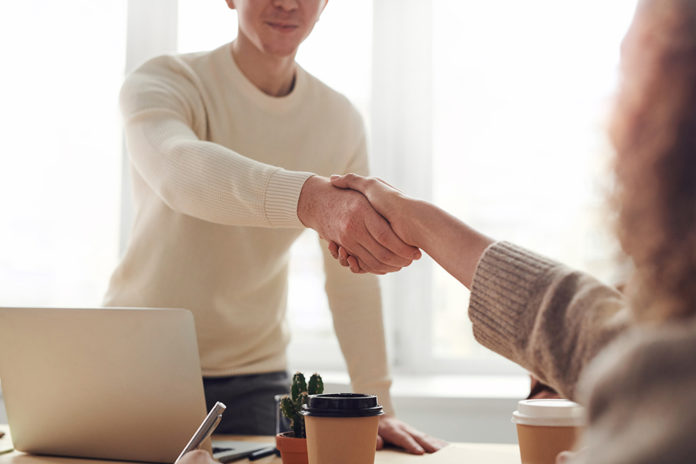 The U.S. Economy added 661,000 jobs in September, while the unemployment rate dropped from 8.4 percent to 7.9 percent.

That’s according to statistics released Friday by the Bureau of Labor Statistics.

The final jobs report before the general election shows a gain of just 661,000 jobs for September and the unemployment fell from 8.4 percent to 7.9 percent, according to data released Friday by the Bureau of Labor Statistics.

Over the summer the unemployment rate fell from its lockdown spike of 14.7 percent to 8.4 percent by August, but the pace of gains has drastically slowed, pointing toward a protracted period of fragile recovery that could be further imperiled if infection rates worsen.

The data for the monthly jobs report comes from a survey of workers conducted the week of the 12th of the prior month.

It’s a “steady flood of job loss,” Bill Scribbs, an economist for the AFL-CIO labor union, told NBC News. “The next six months… look pretty bad because what happened in August with people using so much credit is they’re going to be reticent to spend money by Christmas. We won’t have enough jobs back by November.”

While the country added jobs in September, there are indications that not all is well, particularly in the airline industry, one of the parts of the economy hit hardest by the coronavirus pandemic.

American Airlines announced it’s laying off some 19,000 workers, and United Airlines said it will lay off some 13,000.

Both carriers said they’d likely reverse the decision if a coronavirus aid package is approved.

In a letter to staff announcing the layoffs, American Airlines Chief Executive Officer Doug Parker wrote, “I am extremely sorry we have reached this outcome. It is not what you all deserve.”

On Wednesday United Airlines, in a message to its employees, said it was imploring “our elected leaders to reach a compromise, get a deal done now, and save jobs.”

Southwest Airlines is also considering layoffs, although the airline has said in the past it wouldn’t do so.

According to the Dallas Morning News, Southwest Airlines CEO Gary Kelly told employees Thursday that the Dallas-based airline may still have to furlough workers or cut wages and benefits if the aviation industry doesn’t get another round of economic aid.

Southwest, which has said it won’t furlough employees this year even as competitors began letting go of workers Thursday, is still lobbying for Congress to extend the Payroll Support Program that gave $25 billion in grants to airlines to cover worker costs and another $25 billion in loans.

“But, I need to be honest with you and remind you, if the PSP extension fails, as we have warned for months, we’ll be forced to find a way to further reduce our spending, reduce our salaries, wages and benefits specifically by seeking concessions, or as a last resort, layoffs and furloughs,” Kelly said in the video message to employees posted Thursday afternoon.

Meawhile, there was a little more good news in the weekly unemployment report released by the Bureau of Labor Statistics.

According to the report, some 837,000 American workers filed for new unemployment benefits during the week ending Sept. 26. It’s the fifth straight week that number has been under 1 million.

The total number of workers continuing to claim unemployment benefits dropped to 11.7 million last week after peaking at nearly 25 million in early May.

Another 11.8 million workers continue to claim unemployment under the Pandemic Unemployment Assistance program providing jobless benefits to workers previously not eligible for unemployment. New applications for unemployment benefits are well above the pre-pandemic levels of about 200,000 claims per week.

California continues to lead the country in first-time claims, with 226,179 claims last week. That’s exactly the same number California reported the week before.

The rest of the top five states in total claims all experienced drops last week: