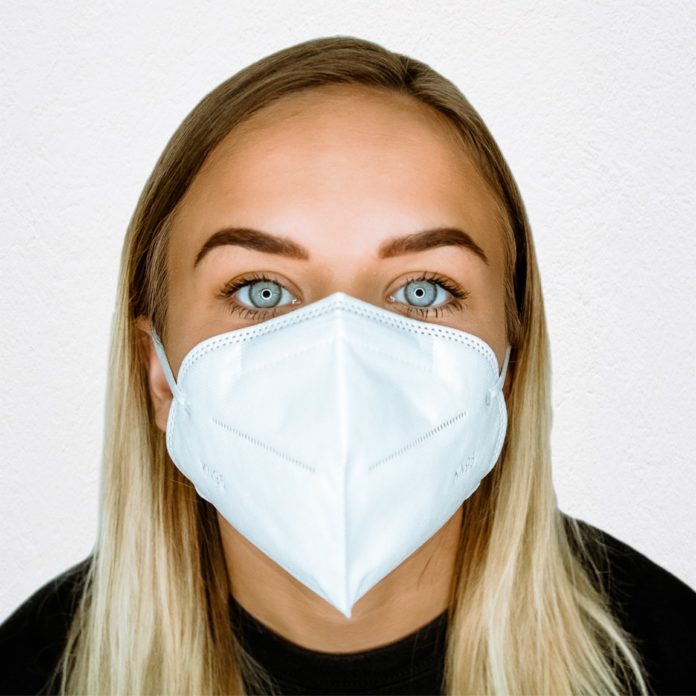 Michigan Gov. Gretchen Whitmer’s Executive Order requiring people to wear masks in stores and crowded outdoor spaces intends to reduce the spread of coronavirus – but it also has sparked debate, controversy and concern among business owners and customers alike since it went into effect on Monday.

The news turned grim Tuesday when a Michigan sheriff’s deputy fatally shot a Grand Ledge man, who police say had stabbed another man who had asked him to wear a mask inside a Quality Dairy store in Eaton County. State police say a 77-year-old man who was stabbed is in stable condition; the 43-year-old man who was shot after threatening a sheriff’s deputy with a knife died as a result of the injury.

“We’ve got to keep our wits about us,” she said. “I’m not trying to minimize it … Wearing a face covering is really a simple, easy thing to do to keep from hurting people. What happened this morning is part of the politicization of public health. It hurts everyone when we do that.”

The mask issue has become a hot topic in every circle because of people’s opinions on whether they are effective in limiting coronavirus exposure. But some people have become aggressive about the masks and their uses with those wearing them, and the situation has become problematic in some cases – and it is likely to continue because of the Executive Order.

Here is the key wording in the order:

“To protect workers, shoppers, and the community, no business that is open to the public may provide service to a customer or allow a customer to enter its premises, unless the customer is wearing a face covering as required by this order.

• Businesses that are open to the public must post signs at entrance(s) instructing customers of their legal obligation to wear a face covering while inside. The Michigan Department of Labor and Economic Opportunity may, in its discretion, require such businesses to post signs developed and made available by the Department, or conforming to requirements established by the Department.
• A department or agency that learns that a licensee is in violation of this section will consider whether the public health, safety or welfare requires summary, temporary suspension of the business’s license to operate (including but not limited to a liquor license) under section 92 of the Administrative Procedures Act of 1969, 1969 PA 306, as amended, MCL 24.292(2).”

Mask mandate
Michigan Retailers Association has lobbied the governor’s office for months, encouraging the governor to put the burden of mask enforcement on local police agencies. In June, the association held a series of Zoom webinars to teach retailers (both its members and anyone interested) about the importance of de-escalation when it comes to in-store or related customer confrontations.

The goal, said Meegan Holland, Vice President of Marketing and Communications for the Lansing-based association, was to arm retailers with phrases and demeanor to diffuse tense situations. MRA also did a webinar on violence in the workforce, Holland said. There will be additional webinars on these topics as well in the near future, she added.

“Sales associates are rarely trained and not paid to handle belligerent customers,” Holland said, such as the man in Acme on Monday who also threatened people with a knife when a Meijer employee asked him to put on a mask.

“We tell retailers: Let them in the store – don’t carry it any further. Don’t put your sales associates in danger; call the police. This is unruly behavior,” Holland said. “We’re documenting instances we hear about where there are disruptions in stores – call if you have something happen. We do want to keep track.”

For consumers, consider how hard it is right now to be a store owner or a young person working behind the counter, Holland said.

“Don’t blame the retailer for complying with the order. … They’re a no-win situation,” Holland said. “If you’re frustrated, funnel it to the state lawmakers.”

Retailers, restaurants and other businesses say they have had a mixed but mostly positive reaction to the mask requirement and the state’s Executive Order. But they do have concerns going forward on how the mask issue will hash out in the weeks and months to come.

This year, Market Fridays in downtown Detroit has instituted special safety measures to protect shoppers and vendors – and that includes wearing masks, according to organizers Ask Jennyfer and the Downtown Detroit Partnership.

“We all must do our part to slow the spread of COVID-19 and keep the parks and public spaces safe for all to enjoy and experience,” said David Cowan, director of public spaces and programming for the DDP. “When visiting, please wear a mask, stay at least six feet apart from others and frequently sanitize your hands at one of many park hand-washing stations.”

At Podcast Detroit, partner David Phillips said he asks podcasters and their guests to wear masks when coming into the studios and before their shows start to record. During their recordings, they do not need to wear the masks, Phillips said – but they do encourage people to use tools like Zoom to limit how many people are in the room.

“That’s why the capacity of each studio was cut in half, why I have two boxes of 500 mic muffs (the mic covering), and why everything gets wiped down and disinfected between sessions,” Phillips added. “Sort of like how karaoke places are starting to do things – at least the ones doing it right – everyone gets their own mic muff that’s their own, to be used each time they come up, and they have spare mics so there’s one in use and at least one being (or) already disinfected and waiting.”

Beth Hussey, co-owner of Hazel, Ravines and Downtown, said customers are wearing their masks and complying with the executive order – which is a relief for the Birmingham-based restaurant.

“Lucky for us, our guests are a lovely bunch of people and do not give us much push-back on wearing the masks. People seem to be appreciative and impressed with the measures that they see we are taking,” Hussey said.

Hazel’s only just recently opened its dining room as an option. They are also offering local delivery, catering and curbside carryout (the latter being the most popular). The restaurant offers socially distanced indoor seating and seating in its open-air grotto, local delivery and off-site catering, but curbside carry-out remains the most popular option for customers, Hussey said.