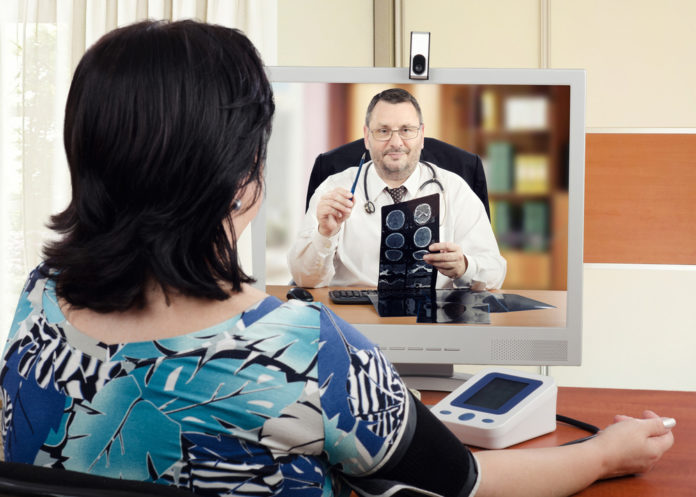 Telehealth – that remote or online way for doctors to “Facetime” with patients who need to talk to their physicians or receive similar aid – has great potential to help communication between medical professionals and those they seek to help, officials said.

That is especially true in key areas such as rural communities, as well as in professions that could use this technique effectively, particularly psychiatry or consultations with specialists, experts explained.

For example, telehealth could be a boon for Medication-Assisted Treatment (MAT) for Opioid Use Disorder. In order to prescribe buprenorphine, one of the common medications, for a patient with Opioid Use Disorder, prescribers must complete additional training and obtain a waiver.

So using telehealth has the potential to help increase access to not only psychiatrists and psychologists for addiction counseling, but also to prescribers who have obtained the waiver and can prescribe buprenorphine, said Emma Steppe, MPH, Project Manager, Strategic Initiatives & Programs for the Institute for Healthcare Policy and Innovation at the University of Michigan.

Steppe said more than 600 University faculty members across industries such as nursing or public health are studying how telehealth care if delivered, evaluating things such as potential innovations in cost and patient experience.

Big buzz
Given the amount of “buzz” around telehealth and its potential, it makes sense that larger institutions such as the University of Michigan and others are investigating this method of medical intervention and its best uses, experts say. That is especially true in states such as Michigan, where residents in “up north” communities such as those in the Upper Peninsula would benefit from such techniques when it comes to talking to their doctors or specialists, Steppe added.

“A lot of times, there’s healthcare and primary care access but access to specialists can be limited in rural areas,” Steppe explained. “People will travel 6-7 hours to drive to (the University of Michigan) for a 15-minute consultation with a urologist. If you need to do a (physical) exam, that makes sense. But for consultations or follow ups, telehealth visits” may be useful.

Another possible use for telehealth offerings is detecting when a patient has fallen in his or her home by measuring heart and breathing rates.

Promising developments
The Centers for Disease Control and Prevention reports that falls cost U.S. health care systems $50 billion a year. Technology could help. Companies like Lasser’s may use artificial intelligence to notify medical practitioners within 30 seconds of someone falling, as opposed to practitioners not hearing for sometimes hours.

Continued innovation in telehealth — providing online and video healthcare — is growing in Michigan despite challenges. It won’t work with flu shots, but it is a promising development for psychiatry, dermatology and stroke care, according to Dr. Chad Ellimoottil, who spearheads the Telehealth Research Incubator at the University of Michigan.

Recently, the Michigan Department of Health and Human Services received a $1.6 million federal grant to improve rural telehealth services for children with epilepsy. More than 13,000 Michigan children up to 17 years old have active epilepsy, according to the department. The grant is meant to improve collaboration and communication between primary and specialty care providers.

And a bill that would allow for the expansion of remote pharmacies, sponsored by state Sen. Curt VanderWall, R-Ludington, passed the state senate Sept. 5 and is now before the house.

Telehealth inventions
Ten years ago JEMS Technology invented a live-streaming and secure video services for telehealth, Lasser said. The invention was the first of its kind in providing internet connection which safeguarded medical privacy.

Such technology has since spread nationwide. Now JEMS Technology also has agreements with health systems in China.

“Telehealth has become a commodity,” Lasser said. “There’s a lot of different options, and that’s good, because telehealth helps people.”

Blue Cross Blue Shield of Michigan began reimbursing some telehealth services in 2016, according to the nonprofit mutual insurance company’s medical policy. That was primarily to serve rural patients.

Sustainability concerns
Some Michigan health departments have done very well and grown their telehealth services, but others are still falling behind, Ellimoottil said. In the last 12 months some providers have held less than 10 telehealth visits, even though they initially showed interest in the services.

“They’re interested and they start to get their programs going, but they can’t sustain them,” he said.

Reliable access to the internet can partly explain the lack of sustainability. It is a concern of many experts.

Ellimoottil’s center analyzes the impact of telehealth on cost, quality, access and patient experience in Michigan. Michigan is about average for integrating telehealth services into its health care system, he said.

Michigan’s policy on telehealth is moderate, in which state law and Medicaid policy are mixed or moderately support the broad use of telehealth, according to Becker’s Hospital Review, a publication for hospital executives. States like Alaska, Minnesota and Nebraska are listed as progressive.

Among the challenges is that video conferences can be burdensome to doctors and nurses with an already full workload, Lasser said.

“It’s an upward trend, but health care is not an industry that moves very fast,” Lasser said.

Requiring patients to drive to a clinic or hospital to utilize computer connections for specialist consultation prevents patients from connecting at home, Ellimoottil said.

Providers need a state license to see patients, and health licenses aren’t easily transferable between states. This problem prompted the creation of an inter-state compact to issue licenses between states more easily. Michigan joined it in 2018.

Providers with the Veterans Health Administration can operate between states, avoiding this problem entirely.

“The VA has actually had really nice integration of telehealth and uses it quite a lot,” Holtz said.

As technology improves and becomes more distributed, telehealth may be an inevitability for Michigan health systems, Holtz said.

“The doctors might have to adopt an integrated internet care faster than maybe they would want to or normally would,” she said.