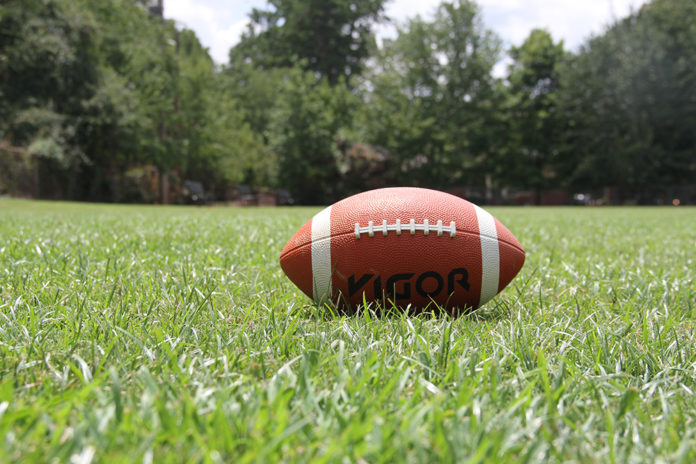 During a typical football season in East Lansing, Joe Bell opens the doors at his Peanut Barrel restaurant at 9 a.m., then stands aside as customers – mostly football fans – fill the place by 9:10 a.m.

But this won’t be a typical football season in East Lansing. Or Ann Arbor. Or Columbus, Ohio. Or in any other Big Ten city.

The Big Ten Conference announced earlier this week it is cancelling its fall football season out of concern for the safety of its players, coaches and staff surrounding the spread of the coronavirus.

The conference’s Council of Presidents/Chancellors made the announcement.

“Our primary responsibility is to make the best possible decisions in the interest of our students, faculty and staff,” said Morton Schapiro, Chair of the Big Ten Council of Presidents/Chancellors and Northwestern University President in a statement.

Added Big Ten Commissioner Kevin Warren: “As time progressed and after hours of discussion with our Big Ten Task Force for Emerging Infectious Diseases and the Big Ten Sports Medicine Committee, it became abundantly clear that there was too much uncertainty regarding potential medical risks to allow our student-athletes to compete this fall.”

Other conferences are following suit, and discussions have begun about a potential eight-game spring season, followed perhaps by the 2021 regular season next fall.

But for now, there won’t be college football in most of the Power Five Conferences, including the Big Ten and the Pac-12.

And, of course, that move comes with a pretty hefty cost. MLIVE reported this week that the University of Michigan could lose as much as $56 million in revenue if the school can’t host athletic events. And that doesn’t even take television and other media revenues into account.

The Mid-American and Mountain West conferences had already announced the potential move to spring football. But the move could prove especially costly for the Big Ten and Pac-12, who have hundred million-dollar television contracts.

According to the Associated Press, the Big Ten gave upwards of $50 million to most of its members in 2018, but most of that came from media rights deals and a conference TV network powered by football.

Wisconsin of the Big Ten has estimated $100 million in losses with no football at all. Michigan said it could be in the red more than that, according to the AP.

Forbes reported that complete cancellation of football could cost large programs like Michigan, Texas and Alabama, among others, upwards of $150 million. Smaller programs, like Clemson and Mississippi, that figure is closer to $80 million, Forbes reported.

Of course, the schools aren’t the only ones bearing a cost. Football translates into huge revenue in college towns. Bell’s Peanut Barrel, for instance, sees more than twice the business on a college football Saturday as it does on a regular weekend.

It’s especially lucrative when traditional rivals are in town.

They’re a big deal around the rest of the city, too. Mikell Frey, communications coordinator for the City of East Lansing, said it’s a little too early to tell exactly what the financial impact on the city will be.

“Obviously, there’s going to be an impact, because people won’t be using hotels, restaurants, etc.,” Frey said. “They’re not going to be parking in our downtown areas. We’re living in the time of COVID, so people are reluctant anyway.

“It’s like with anything COVID-related,” Frey added. “You don’t know what the financial repercussions are going to be.”

Andy Mignery thinks he knows, or at least has a pretty good guess. The owner of a pair of juice bars and co-owner of the Pretzel Bell, a popular downtown Ann Arbor gathering spot on football Saturdays, Mignery – a tight end for Michigan from 1999-2003 – believes the city will lose some $85 million with football season cancelled.

Businesses are already struggling, and “this is going to compound” those issues, Mignery told Ann Arbor’s News-18.

Joe Bell, the proprietor at East Lansing’s Peanut Barrel, said it’s tough to judge, because he’s operating at 50% capacity because of the governor’s executive orders. But the restaurant has expanded its patio to bolster outdoor seating, and was looking forward to getting through the season.