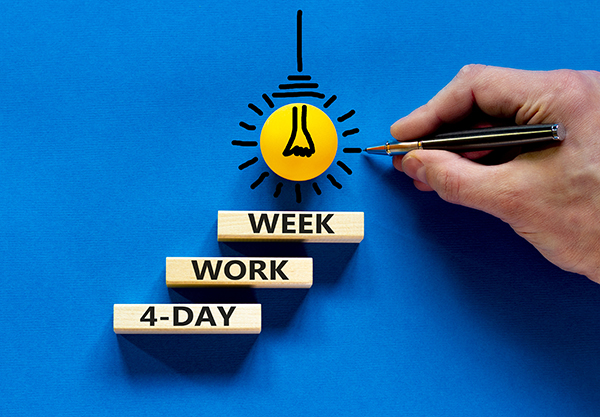 Millions of Americans are leaving jobs or changing jobs in what many refer to as “The Great Resignation” or the “Great Reset.”

Tom Gimbel, the founder and CEO of Chicago-based recruiting and staffing firm LaSalle Network, doesn’t care for the term “Great Resignation,” because he doesn’t believe that’s what people are doing.

“(Workers are) not leaving to go stay at home … You’ve got some people who may have re-entered the workforce right before COVID, and then you go through all this stuff with child care and things, and they choose not to stay,” he said.

“But there aren’t a ton of people who are (saying), ‘Hey, I’m going to go live on a beach for six months,’” he added “It’s just not that way. I don’t know anybody who’s doing that. The majority of people are looking for jobs that will pay more, that are in an industry they’d rather be in, a job that’ll be more challenging.”

As employers continue to try to find ways to keep employees battered by the effects of a pandemic that has stretched into a third year, one option is gaining steam that some think would contribute to a better work-life balance: The four-day work week.

In California, for instance, Assembly member Cristina Garcia co-sponsored a bill that would officially make that state’s work week 32 hours for companies with 500 or more employees.

Garcia’s bill would make hours worked past that limit overtime hours and require employers to pay time-and-a-half. Hours worked longer than a 12-hour day would require workers be paid double-time.

According to CBS News, the bill would apply to some 20% of Caifornia’s workforce. Employers subject to the law would be barred from reducing people’s pay if they work less than their standard workweek, Garcia told CBS News. The bill would not apply to workers who are represented by a union and covered by a collective bargaining agreement.

“After two years of being in the pandemic, we’ve had over 47 million employees leave their job looking for better opportunities,” Garcia told the network. “They’re sending a clear message they want a better work-life balance — they want better emotional and mental health, and this is part of that discussion.”

Garcia’s proposal would cover about 2,600 companies in California, according to the Employment Development Department.

The California Chamber of Commerce called it a “job killer,” saying it would make hiring more expensive and lead to a drop in jobs in California, CBS reported.

In the U.S., a handful of companies have started experimenting with a four-day week. Kickstarter is officially launching its shortened workweek this month, according to the network.

“[M]y expectation and my desire is that we can achieve the same outcomes or greater outcomes as a result of changing the way that we work,” departing CEO Aziz Hasan told Time Magazine.

In recent months, a diverse collection of employers are considering the four-day work week. According to TheAge.com, those include Japanese electronics maker Panasonic, fintech startup Bolt and the government of Belgium, who have all recommended giving employees the option to work four days but get paid for five.

Spain and Scotland are conducting their own trials of shorter weeks, according to TheAge.com. Along with Kickstarter, firms mainly in the tech sector gravitated to a four-day format when the pandemic hit, including fashion reseller thredUp and venture capital firm Uncharted.

A five-day, 40-hour work week has been the standard for salaried workers since the early 20th century.

But does a five-day system still make sense? Some HR professionals point out many employees are already working hybrid models that don’t adhere to the Monday-Friday standard.

Shawn Premer is chief human resource officer for Consumers Credit Union, which has 300 employees at 23 offices in western Michigan. She also serves on the board of Society for Human Relations Management (SHRM)-Michigan.

“Most corporate employees are working on a hybrid model — working in the way that works best for them and their team — maybe one to three days in the office. The manager determines what works best,” she said.

Back in November, CNN business analyst Allison Morrow authored a story recommending the four-day work week, citing a survey done by the financial firm Jefferies. The survey, Morrow wrote, asked workers between the ages of 22-35 who had recently left their jobs what employers could have done to keep them.

The second most-popular answer (at 32%) was the option to work four days a week. That came in behind only more money, which garnered 42%.

While support for a four-day work week appears to be gaining steam, experts don’t seem to think it’s going anywhere any time soon.

“I don’t see how the four-day week is going anywhere because it doesn’t help most employers,” Peter Cappelli, a professor of management at the Wharton School, told CNN’s Morrow. It makes sense in areas such as nursing, where it’s important to have the same person giving care longer each day, he told her, there’s “little or no benefit” for traditional 9-5 offices to try to accommodate 10-hour shifts.