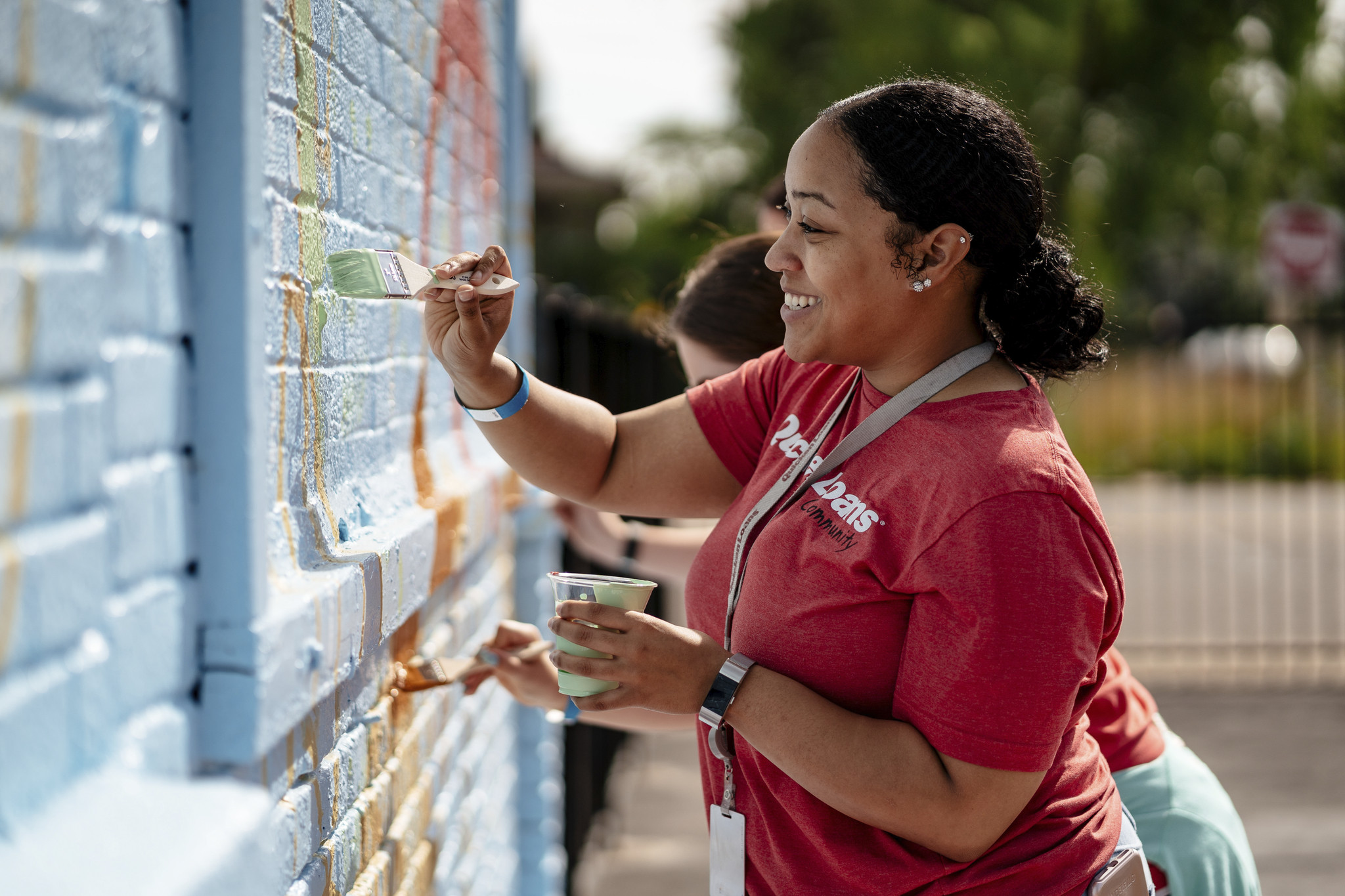 In its effort to boost its tourism, honor its artists and distinguish itself from other cities, Detroit has been investing in murals and the people who create them. The murals projects tend to be projects between individuals and companies – including a special partnership between Quicken Loans and 1xRUN.

For the second straight year, Quicken Loans is working with 1xRUN — the team behind Detroit’s wildly successful Murals In The Market — to help strengthen small, local businesses and support the city’s creative community. From concept to final designs, the artists and entrepreneurs made each location unique and representative of the flavor and character of the business — as well as neighborhood — all through each artist’s signature style.

“The small business murals are a great way to celebrate Detroit’s deep-rooted connection between art and entrepreneurship,” Helen Johnson, Vice President of Quicken Loans Community Fund, said in a statement. “Growing small businesses and promoting the rich talent of local artists are key to the advancement of Detroit’s neighborhoods. We’re thrilled to see this project continue to expand and inspire creative collaboration throughout the city while also bringing attention, and increased foot traffic, to the businesses featured in this year’s project.” New this year, three of the artists opted to design new “paint by numbers” style murals. More than 30 Quicken Loans team members were able to participate and help complete the projects in the Southwest Detroit, North End and Grandmont Rosedale areas.

“Spending time at each of the walls while these artists are painting is a profound experience. With so many people from the neighborhood stopping by to see what’s going on, and to ask each of the artists questions, these works of art become a part of the community instantly and help transform a little corner in each neighborhood,” Jesse Cory co-founder of 1xRUN & Murals In The Market said.

The Quicken Loans Small Business Murals Project is part of a larger philanthropic strategy to invest in housing stability, entrepreneurship, education and employment, public space activation and community sponsorship in Detroit. Through its For-More-Than-Profit model, the Quicken Loans Community Fund brings together for-profit businesses and nonprofit investments. All of the businesses in the Small Business Murals project are graduates of ProsperUs, a local entrepreneurial training/development program.

1xRUN and their veteran team have championed Detroit’s public art scene for nearly a decade. Their annual arts and culture festival — Murals In The Market — is also entering its fourth year this September, partnering with the Eastern Market Corporation and the John S. and James L. Knight Foundation to present dozens of permanent murals throughout the Eastern Market district. Over the past five years 1xRUN has curated and produced more than 150 murals in Eastern Market alone, with more than 250 murals throughout the City of Detroit.

The public is encouraged to go see the new murals and help support these local businesses at the addresses below: Based in Detroit, Michigan, 1xRUN (“one-time run”) is the world’s leading publisher of fine art editions and online destination for original art. It prides itself on showcasing limited edition prints, original artwork and exclusives from some of the best-known and emerging names in the new contemporary movement. With collectors in over 100 countries, 1xRUN has published more than 2,000 editions since 2010. 1xRUN is also the team behind Detroit’s critically acclaimed Murals In The Market in Detroit’s Eastern Market. To date they have created over 150 murals throughout the city of Detroit.

Since 1988 Corp! Magazine has been published in print form. Today we have pivoted our operations to 100% digital, with a reader-friendly digital flipbook, still delivered to this influential audience of seasoned executives and business leaders. This exclusive circulation ensures the highest quality, targeted audience for advertisers, with equal distribution across Michigan.
Contact us: [email protected].com
FOLLOW US
© Copyright 2022 - Corp! Magazine
Click to access the login or register cheese