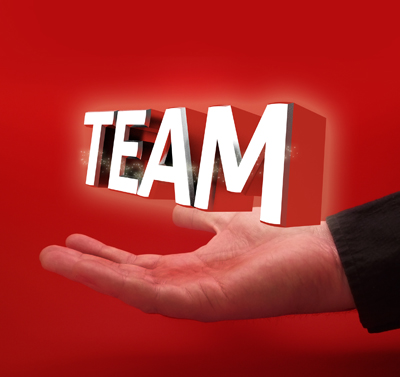 Ask 1,000 people any question, and you’re sure to get a wide variety of answers. Dr. Solange Charas wanted to know one thing: What makes a great team? And the answers she found are fascinating.

Dr. Charas is the President of Charas Consulting Inc, providing board and C-Suite advisory services.  She is also the CHRO of Integral Board Group, a board member at Able Energy and an Adjunct Professor at NYU.

Dr. Charas spent four years pursuing her PhD, studying the impact of boards and executive management teams on bottom-line corporate results. And, in the end, some interesting insights about teams emerged.  First and foremost, she confirmed that there IS a direct, measurable and significant relationship between the quality (TQ) of teams-at-the-top and bottom-line performance.

Here is more of what she found in the good doctor’s own words:

1. “Team” as an Emotional Experience: The experience of “team” is emotional – the faces, postures and gestures and of those I spoke to were different when they described their great and bad team experiences – enthusiastic for the great teams and deflated for the bad teams.  Teams aren’t just work units, they are real experiences and can influence the way executives – and for that matter all employees – perceive their organizations and the work they do.  Given that 80 percent of American organizations report they rely on teams to get things done, teams are a way of life in business.  If we’re not managing teams and the experience that people have on them, not only won’t our businesses be successful, but our employees won’t be engaged and they’ll have a negative experience of the organization and the work they do.

2. Positive Experiences Generate Positive Outcomes, Not the Other Way Around: When executives described their great team experience, they always led with how they felt, and the positive, exciting and energized nature of the team and the work they did.  They talked about what the team accomplished as an after-thought because, for the most part, high-performing teams always generate great results.  My research shows that there is a very strong correlation between high-performing boards and C-suite teams and those organizations out-performing their competitors.  This is pretty intuitive – we would expect high performing management teams to lead their companies to high results.

3. Lasting and Important Connections: People who had great team experiences reported staying in touch with team members long after the team disbanded – even when team members moved to different companies or countries.  If success in business is partially predicated on strong networks, there’s no better way to build these lasting and dynamic networks than to ensure that employees have great team experiences.

4. Team effectiveness is enhanced when goals are clearly articulated and defined: The highest performing teams knew what they needed to accomplish and why, by when they needed to achieve the goals, how to effectively leverage the skills and competencies of team members, and clearly indicated who on the team was responsible for specific actions and deliverables.  Agreement wasn’t always achieved at the beginning of the process, and even if not all team members agreed to the goals and project plan, they “agreed to disagree” and committed to deliver on their specific role and assignment.  Cognitive (vs. affective) conflict was not only respected but encouraged, as diversity in perspective generates better outcomes.  There was a high level of open communication on the team, and team members exhibited engagement as well as active listening skills.

5. Team self-belief carries the day: Team self-belief is the shared opinion that the team will be able to achieve their desired objectives.  Prior research has shown that teams with high levels of self-belief set more ambitious goals, persist when challenged with difficult situations, and ultimately achieve their goals.  When teams have low self-belief, team members don’t have a passion for the collective desired outcome and tend to “check out” when the going gets tough.

6. High-performing teams celebrate and acknowledge success: It’s critical to stop and take stock of a team’s progress against goals, especially at different points throughout the process.  High performing teams work hard, celebrate the team, acknowledge individual team members and their contributions and take note of progress and successes.  These teams ultimately make a difference.