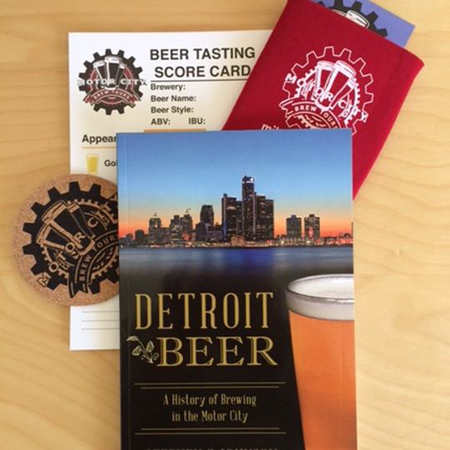 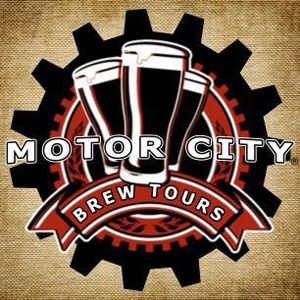 Asking Stephen C. Johnson to name his favorite beer would be like asking a parent to pick their favorite child; you simple cannot isolate one when you enjoy them all equally.

Johnson is the owner and creator of Motor City Brew Tours, a company that creates and leads guided tours to Michigan’s many breweries. Johnson’s slogan is simple, but it says it all: “We Take You to Beer.” And, much like a parent, it is a job he takes very seriously.

Well, not too seriously. After all, this is beer we’re talking about. It is the kind of beverage that inspires good conversation, fun times and an overall relaxed time.

“A typical brewery bus tour is a guided bus or walking tour to three different breweries. We sample different beers, go on guided tours at each brewery and feed you along the way,” Johnson said. “You get to interact with our Michigan craft beer centric tour guide who is with the tour group the entire time. We also offer bus transportation to local beer festivals throughout the year.” 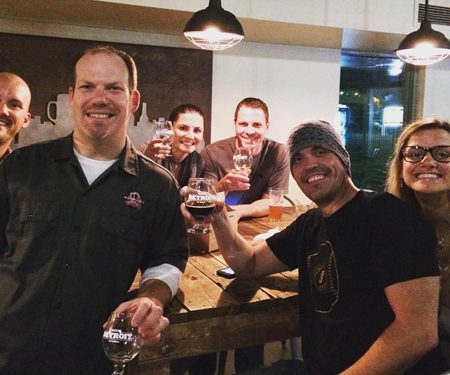 Johnson through The History Press also recently published “Detroit Beer – A History of Brewing in the Motor City.” The book chronicles Detroit beer history from the 1800s up to prohibition, during the rise & fall of big beer and through the current craft beer boom. Profiles and interviews with more than 50 breweries and contains 80 historic pictures.

And it’s not just beer, although that is the main focus. Johnson introduces his guests to all of the great brews that Michigan makes, such as cider, mead and spirits. Everything is Michigan made, and Johnson said he prefers it that way. Keeping his tour company smaller helps him maintain the high-quality experience he has sought after from Day One, Johnson said.

Johnson, who formerly worked in the corporate world, says whenever he traveled for business or for personal reasons, he would add a brewery to his must-see list. He loved beer and exploring breweries so much that he figured other people would as well. He also loves to ride bikes, so he thought he could add bicycling to the mix at some point; that happened in 2011. 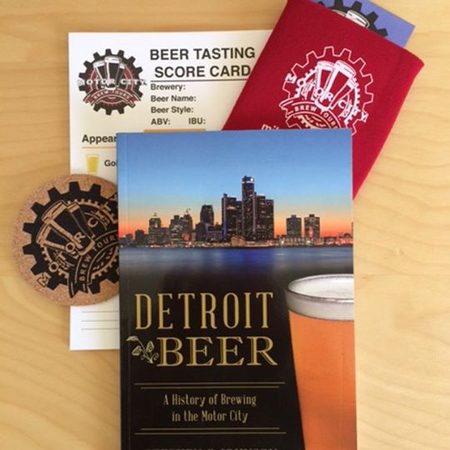 As a result, and with his wife’s cooperation, Johnson got the idea to start his own business in the spring of 2007. By 2009, Motor City Brew Tours was ready to roll. It is now his full-time job, and he employs a number of tour guides to help him take people of all ages, genders and backgrounds to visit Michigan’s craft breweries around the state.

“The split between men and women on my tours now is about 50-50. I always say that I get as many bachelorette parties as bachelor parties,” Johnson said. “Because of that, I’ve hired more female tour guides and my wife gets involved as well. … It brings in a diversity of ideas that I enjoy.”

The business has grown steadily as people’s interest in beer, brewing and the people who own breweries grew, Johnson said. He tries to make his tours a mix of educational elements and plain old tastings, letting his guests experience the venue, the brews and the other patrons as the bus or bike ride takes place.

“We call all of the tour experiences, part education and part social hour,” Johnson said. “We work with Michigan Breweries and have over 50 brewery partners! Since June 2009, we have taken more than 15,000 people to Michigan breweries.”

To expand the business, Johnson has added a variety of themes to his tours as well, including Prohibition, Corktown, Church and Auto History. The bike tours, which run May to September, also have proven popular, going around downtown Detroit to many historical sites, lunch and beer at a Michigan brewery at the end of the ride.