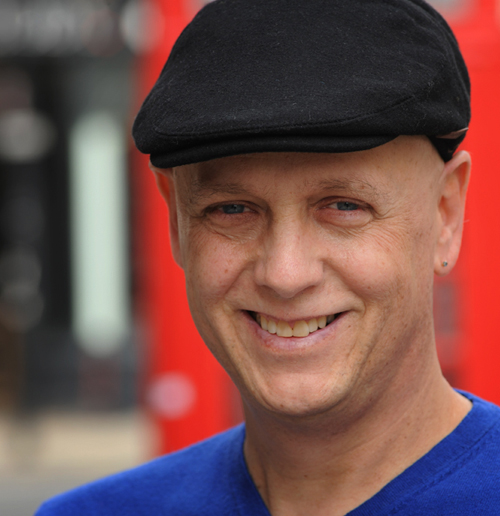 Rodney Curtis is what some might call an Ordinary Joe Lunchbox. He’s bright, humorous and an all-round good guy to hang out with on a Friday night.

But he’s also the kind of guy who understands what unemployment feels like, having lost a job to downsizing during newspapering’s recent dark days. He’s a cancer survivor having gone through Leukemia shortly after his career downturn.

Yet he got through it with his usual joking style, writing several books about his spiritual journeys along the way. The noted photographer became a well-known storyteller and writer. His books include “Getting Laid (off),” “A Cute Leukemia” and “Spiritual Wanderer.” Curtis also has written freelance articles for many fine publications, including this one for Corp! Magazine. He will be speaking Thursday at the Re:Source 2014 conference, a CultureSource event where he will do a workshop on Photography for the Web. The former Detroit News photo editor (where I met him) will help participants figure out what looks best on the Internet and social-media sites such as Twitter, Instagram and Facebook. (Tickets are still available here.)

To that end, we bring you a sneak preview of Curtis’s five tips to make your photography better. Curtis penned these himself, so you know they are going to be  knowledgeable and a bit cheeky. Those are two words that describe him perfectly, I’d say.

Without further ado, here are Rodney Curtis‘s five best ways to show off your skills with a camera or the everyday smartphone:

1.    Always keep your camera (or phone) with you and expect the unexpected.

2.    Enjoy having fun with your photography. Experiment and shoot lots of photos (it doesn’t cost anything except space).

3.    Don’t ask your subjects to say “cheese” unless they’re ordering a quesadilla at the

4.    When shooting video with your phone, NEVER shoot vertically. You’ve probably never gone to a movie theatre with vertical screens or have a vertical TV at home. Make a solemn vow to always hold your phone horizontally.

5.    Look for beautiful natural light. It can make your pictures sing. It mostly happens early in the morning and late in the evening when the sun is at its lowest angles.

Tips courtesy of RodneyCurtis.com and SpiritualWanderer.com, two of his websites. Check out his photos and his writing!