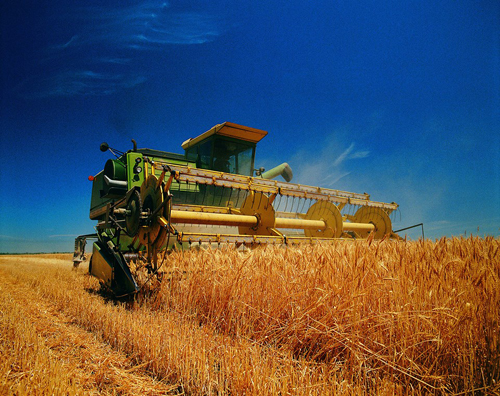 Agriculture is one of Michigan’s best assets. Not only is it essential to our mental and physical well being in a plethora of ways, it also provides a huge number of jobs and contributes to the state’s economic diversity.

Consider this: The food and agriculture industry in Michigan contributes $91.4 billion annually to the state’s economy, an increase of more than 50 percent from 2004 to 2010, according to the Michigan Department of Agriculture and Rural Development. The largest numbers can be attributed to the wholesale and retail distribution portion of the supply chain, but the largest percentage of growth is from farming.

Moreover, Michigan’s Food and Agriculture system is a large portion of the state’s workforce. Total employment in this sector (including direct, indirect, and induced) is 923,000. (That’s also among the many reasons why Corp! magazine awards our favorite companies and devotes so much ink to the topic on a regular basis. Here is a link to our most recent article.)

With that in mind, we checked in with Amy Frankmann, executive director of the Michigan Nursery and Landscape Association in Okemos. The MNLA, established in 1922, is the largest and oldest statewide Green Industry trade association. It represents a wide range of Michigan Green Industry businesses on legislative and regulatory issues, education and events as well as certification and marketing programs.

Frankmann was kind enough to check in with her membership to find out how they survived the state’s “Polar Vortex” and to see how they feel about the spring and summer months in terms of crop potential. Results ranged from minor to serious.

Here is a look around Michigan and its agricultural impacts:

Lansing Area
Extensive deer damage in rural and some urban areas. Picea glauca ‘Conica’ (dwarf Alberta spruce), Pinus strobus (white pine), Chamaecyparis (false cypress) have windburn on both the south and west sides of the plants. Still a bit early to tell on other plant material, as the cold weather has slowed plants coming out of dormancy. They are finding damaged tree limbs and some broken Taxus (yews) and a few deciduous plants because of the weight of snow, wind and storms. Mostly, they have found that perennials are coming up as usual.

Farmington Area
In general more death, dieback and injury; lots of winter burn, especially on Taxus (yew) and Buxus (boxwood) and more salt injury on material near roads and walkways. Also seeing death of some plant material that would have been marginal in old zone 5 … such as certain Cercis (redbud) varieties and Cedrus atlantica (Atlas cedar). There is much more dieback on Rosa (rose) and Mahonia. On a positive note… there will be more water and those plants that had prolonged snow cover fared better.

Grand Rapids Area
They are seeing more than usual amounts of snow mold on turf. Also crushed (bent and broken) limbs due to snow and ice falling off of roofs. Winter burn on Ilex crenata “sky pencil” (sky pencil holly)…not sure if it is due to the extended length of cold temperatures or if wind related, perhaps both. Frankenmuth Area
So far (still waiting for the plants to thaw) it appears that forsythia blooms above the snow line may have been damaged, Cornus sanguinea “winter flame” twigs are brown instead of yellow to red. They also seeing extensive rodent damage—any plant material above the snow level has extensive damage including Thuja (arborvitae), Euonymus alatus (burning bush), Ilex verticillata (winter holly), etc. May have lost a fair number of Euonymus alatus (burning bush) due to rabbit girdling stems at ground level or branches that were exposed. The snow did provide a great cover for voles, letting them make tunnels to their favorite food source. One issue is seeing what perennial crowns have been left that might be able to grow. By the looks of the tunnels and missing crowns, there is extensive damage. A fair number of Buxus (boxwood) suffered winter burn above the snow line.

Richmond Area
Many Taxus (yew), Pinus (pine), Picea (spruce), Thuja (arborvitae), Rhododendron and Chamaecyparis with severe burn. Long established landscape Taxus have total defoliation above snow line. They have yet to see a Picea glauca (Alberta spruce) that is not damaged to some degree. Extensive damage from rabbit, mouse, and deer feeding heavily due to the extreme cold and heavy snow levels. There will be a lot of shrubs misdiagnosed as winter damage, when the actual issue was the girdling of the cambium by rodents. They feel are fortunate as there are very few problems with production plants in the houses. Hydrangea quercifolia (oakleaf hydrangea) are among the heaviest casualties in containers.

Saginaw Area
The Taxus (yew) are heavily winter burned. Most will grow out of this and will be fine. Thuja (arborvitae) did fairly well except for a lot of deer damage as they were desperate for food. Abies concolor (Concolor fir) are severely winter burnt in fields. Most deciduous trees seem fine. Would think there will be dieback on Acer palmatum (Japanese maple) also.

Grand Haven Area
They have seen a lot of desiccation in Taxus (yew) fields – anything above snow line is desiccated. They have seen a fair amount of split bark on our fruit trees, Prunus persica (peaches) are the worst but see it in Pyrus (pear) and Prunus (cherry) also. In the landscape Picea glauca ‘Conica’ (dwarf Alberta spruce) have a lot of burn and some Rhododendron are also damaged.