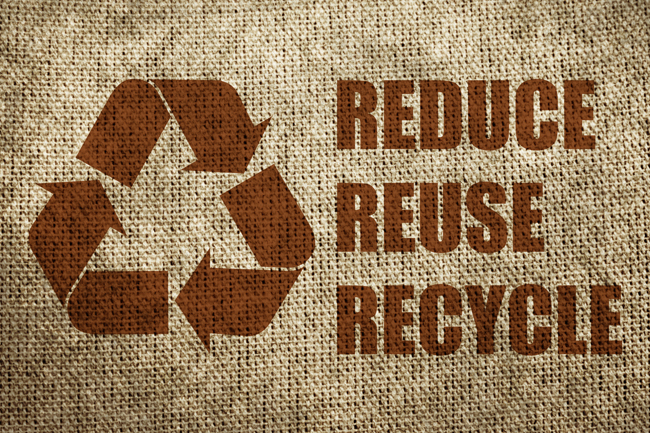 Cascade Engineering takes its trash seriously – so seriously in fact that the Grand Rapids-based private company that focuses on large-scale plastic injection molding has spent zero dollars on landfill costs over the past six years.

Zero. Zilch. Nada. Cascade set what it calls an “audacious goal” of maintaining facilities that are zero waste-to-landfill. Most of its facilities have met this goal and many others are on their way, company officials said.

The company and its founder Fred Keller believe so firmly in the Triple Bottom Line – People, Planet, Profit – that coming up with ways to become a sustainable business, reduce waste emissions into the air, land and water as well as eliminate any use of a landfill has become a fixation of sorts.

Part of the challenge from the start is that a big company makes large amount of trash. Cascade Engineering is a global company with more than 1,900 employees and 13 North American facilities, with additional European operations in Budapest, Hungary. Its worldwide facilities represent more than 1 million square feet in space.

Giving up on reducing waste is not an option when you care about the Triple Bottom Line. As one of the largest certified B Corps in the world, Cascade is widely recognized for business practices that emphasize how business can build financial, social and environmental capital.

Plus, Cascade officials knew if they could figure this problem out, they could save a lot of money in landfill fees.

Let’s just put it this way: Darby is the kind of person who has a Ralph Waldo Emerson quote at the bottom of her email: “Do not go where the path may lead, go instead where there is no path and leave a trail.”

Darby has organized the company’s zero-waste program since its inception about 10 years ago. At that time, Cascade was spending more than $200,000 annually on landfill fees. Dealing with those numbers originally started as a simple waste-reduction project with a special committee that suggested ways to reduce trash and find new things to recycle, Darby said.

Within a few years, Cascade’s facilities had reduced waste to the point where the company was spending very little on landfills. It was then that the challenge became even more competitive: could the company eliminate landfills entirely from its budget? The game was on.

It wasn’t always easy – Darby and Keith Maki, Cascade’s director of Communications, both recall complaints when the company tried to recycle compost. People wanted to know who did what, how to do it at all and what to do about fruit flies and the like.

Another funny story is when new hires came on and found out that they had to recycle everything – and Cascade truly meant everything. Maki recalls trying to take some of his office waste just so he didn’t need to figure out all of the new and strange rules as far as what container held what kind of recycling.

But Maki, like many, grew to understand how the programs work and adapted. New employees receive recycling and waste training during the first weeks on the job as well as new Cascade contractors so everyone is on the same page.

With this process, Cascade came up with an opportunity to be able to help the community recycle as well. The company developed a neighborhood recycling center, where people in the community can bring their recycling to Cascade and have the items recycled at no charge.

“We have people who bring in all kinds of electronics from TVs to VCRs to computer monitors,” Maki said. “Used sports equipment goes to local schools. Cell phones got to women’s resource centers to be used as emergency telephones. Eyeglasses go to the Lion’s Club.”

It’s been a great process for Cascade, for its facilities and its communities, Darby and Maki agreed.

“We hear all the time from employee how proud they are about recycling, that they have learned how to do it at work and set it up at home proud to be a part of the triple bottom line,” Maki said. “That’s a great affirmation that we’re doing something good.”