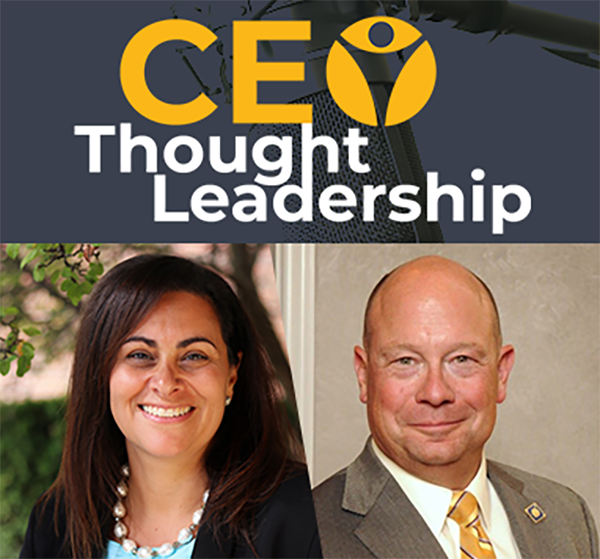 About a decade ago, Detroit-based meat company EW Grobbel Sons, Inc., found itself with a sudden and potentially crippling quandary.

An audit of the company from Immigration and Customs Enforcement revealed discovered Grobbel had a number of undocumented workers on staff. As a result Grobbell, which specializes in whole muscle processed beef – the company is famous for its corned beef – lost 50 of what company president Jason Grobbel called “very talented, highly trained” meat cutters, a huge blow to the business.

“That’s a unique skill that is not easy to replace,” Grobbel said. “Our paperwork was right, but the bottom line was they weren’t real. We had a desperate situation on our hands and we had to figure out how to reinvent what we do. Our business is unforgiving; if we’re not delivering product, they will go on to another producer.”

Obviously Grobbel’s — founded in 1883 by Grobbel’s great-grandfather, Emil Wilhelm Grobbel — successfully made the transition, and the situation inspired Jason Grobbel to write a book, “Leading America Back to Work: Reimagining Today’s Workplace.”

Grobbel sat down to talk about the book and about the strategy behind running a successful, fifth-generation family business, during the most recent episode of “CEO Thought Leadership Series on LinkedIn Live,” the discussion series hosted by the National Association of Business Resources.

“EW Grobbel is in the business of fine deli meats, and we have been doing that since 1883,” Grobbel told Kluge. “One of our biggest specialties has been corned beef … we distribute nationwide through Walmart, Sam’s Club and others. We have a wide following in the restaurant side of the business, as well … Sysco, U.S., Gordon Food Service, etc.”

The company also teamed up with Sy Ginsberg Meat & Deli a few years ago, a partnership Grobbel said has been a “terrific team effort.”

“Sy loves being a part of what we’re doing and we love being a part of what he’s doing,” Grobbel said. “Together we’re bringing true deli back to America. The deli tradition, in the Jewish-style deli restaurants, has been on the decline. We’re working very hard to restore and rebuild this amazing tradition in America.”

Grobbel offered his perspective on a variety of issues during a wide-ranging interview.

Jennifer Kluge: You wrote the book. What’s the message?

Jason Grobbel: What it helped us to do was say, “We have a lot of people here in Detroit who are looking for great opportunities, and how can we craft an environment that’s welcoming to everyone?

Today the buzzword is DEI (Diversity, Equity and Inclusion), and it is an amazing and laudable endeavor, and it’s important. But it can’t just be a slogan. It’s not just checking some boxes.

Kluge: The book mentions your “pillars.” What are they?

We can impact each one of those. The final one is finding ways to break jobs down into components so it makes it easy for people to learn. Even Elon Musk has said one of his principles is to disallow acronyms and code words as part of the “speak” at their companies. They don’t want new employees to have to carry around a glossary of terms to try and figure out what the longer-term employees are saying.

What we do is with breaking things down components throughout the entire process. It’s like channeling our inner Henry Ford. The bottom line is we can find ways to break things down to quickly learn a whole new way of doing things, and there’s still amazing opportunities in every industry to do that.

We haven’t scratched the surface on how we can further break things down to allow people to learn more quickly. It’s important they quickly adapt, if they have a passion for what they do.

Kluge: It’s similar to ‘Blue Ocean Strategy,” which says you need an emergency to get to the next level. You had your emergency when you lost 50 of your meat cutters. How did you replace them?

Grobbel: For years we tried to see if we could automate the process of trimming briskets; so far that’s not even close to something we’re able to do yet. We used to trim whole brisket, and it would take 4-6 months for an apprentice to learn how to properly trim that product.

So we broke it down into eight separate steps. It seems obvious now, but it really was revolutionary. By doing that each person focused on one step and then passed it along. We went from 4-6 months down to two weeks to get someone proficient, by reinventing the way we do it.

People think, ‘if my job is more focused, am I fulfilled?’ It’s never that simple. I’m passionate about racing. I’m not in motor sports, but if I was afforded the opportunity to change the tire on the pit crew of a Formula I racing team, I’d be all in on that. Yet it seems so focused, so why am I excited about it? It’s because I’m part of a greater thing.

Kluge: Family businesses are a different breed. You’re fifth-generation. How many family members are in the business?

Grobbel: When people ask how we got here, I say we “kind of cheated.” What’s so challenging in family businesses is when you have the first generation starts it out, then siblings take it over, then you turn to the cousins. That’s why family businesses can fail.

In our case, my great-grandfather had three sons, only one of which had a son who wanted to carry on the business, and that was my father. I ended up buying out my parents in the mid-80s. We were struggling a bit as a company at that time, we had it work out, took it over and have built it up since.

What I am passionate about is how to bring family businesses forward in a completely new way. I stumbled on that at the Entrepreneur of the Year conference out in Palm Springs, where I learned about the Hershend family entertainment business, which operates amusement parks. Their motto is “family owned forever, professionally run.”

There they have the family is on a family council, they’re not even on the board. They’re the owners, but as a family member they can’t sell their stock. Family businesses over generations are usually doomed to fail. With this model they’re not. I’ve talked to a lot of people at the banking level and planning, and it’s surprising how unknown this concept is.

Kluge: Is there going to be a sixth generation?

Grobbel: Of course. They’re not here yet (laughing) but we’re headed in that direction.

Kluge: Your industry is a leading indicator. We know what’s going to happen pretty quick. For other CEOs in different industries … the whole industry has been through a lot in the last two years. Are there any industry indicators we should all know about?

Grobbel: I wish I could see the crystal ball. I think anyone being reasonable would admit we’re heading into a very challenging time where we’ve done some radical things economically – some forced, some unforced errors — this debate on energy has to be decided.

Are we going to throw all caution to the wind and go toward all-sustainable all at once, or are we going to take a measured approach? Right now it seems to be all at once, and that’s causing a lot of disruption. Energy affects everything. That’s a huge issue right now, and we need to return to balanced debate about that. We don’t have enough open, balanced debate in that area.

Kluge: How have supply chain issues affected you?

Grobbel: You have to be extremely creative and adept at navigating it to make sure you can run. Many people are reduced by it. One of the things that happened in the pandemic is what I call PTSD. I believe that a significant part of the population … is suffering dramatically from PTSD.

It’s the anxiety piece that’s the greatest. PTSD can have a tremendous effect on a psyche, no matter how strong you think you are.

Two years of listening to the media talking about how many people are dying of Covid … If you do that to people over a period of time, they become dramatically affected.

As a result, we have a lot of people who aren’t returning to work. Why anyone would be shocked at this is beyond me. To me it’s as obvious as day and night. We don’t have people back to work. They’re emotionally broken down. Unfortunately, they’re the people who have to make things, so that everything we need isn’t being made. That’s an economic crisis.

Let’s circle back to how to go forward. In going forward, this book is more important than ever because as we’re struggling for resources, what employees are realizing is they want to work at a place where they feel fulfilled. Without creating that culture, there’s no way forward for a business right now.

Kluge: How do you manage stress?

Grobbel: I like to tell people, “My name is Jason, I’m a recovering perfectionist, and it’s been 8-1/2 years since I’ve had an outburst.” (laughing). We can all credibly manage stress. Finding ways to not take things personally, and to realize you don’t want others to live in your head. You have the control of that, you just have to take that on. If you do, it really gets easier and easier. It’s a skill that’s learned, and you have to learn it, especially if you’re a person who’s driven. You’re going to feel stress if you don’t manage that.

Kluge: You have a room of 20-year-olds starting out. What life advice would you give them?

Grobbel: Take your time. Work hard at whatever you’re doing and what you love will find you.