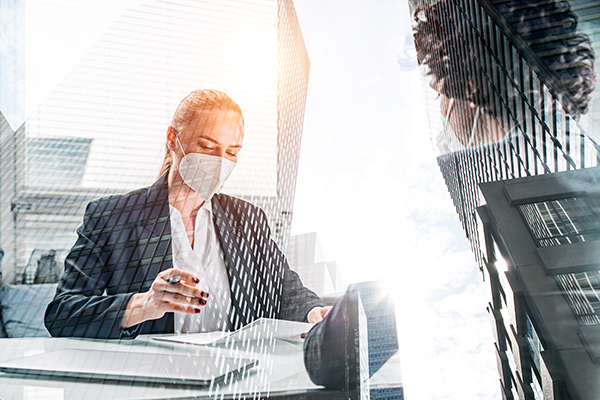 LANSING (Capital News Service) — While the pandemic was a time of stress for many, some women and minority entrepreneurs in the state saw it as a time of opportunity.

Michigan Women Forward, a Detroit-based organization that helps women and people of color receive business loans, has seen a “two-fold” increase in their approved loans over the last year, and currently has over 200 in progress.

“There is an increase in the number of women that are starting businesses, and part of it has to do with the pandemic,” said Alexis Dishman, the organization’s chief lending officer.

Michigan ranked 9th in the country for new business applications over the first years of the pandemic, according to recent research from TOP Agency, a marketing and data agency.

Business applications are filed with the IRS to establish a businesses employer identification number for tax purposes.

Dishman said the flexibility of owning one’s own business is one of the main reasons behind that growth as many parents had children who were home due to school closures or unaffordable child care.

“Kids weren’t in school or had different schedules, and employers weren’t necessarily able to provide that (flexibility) depending on their job,” she said.

While Dishman said the organization sees entrepreneurs from all business sectors, she said most are in ones with “low barriers to entry” such as child care providers, beauty care and esthetician services.

“The cost to get into them is less, so they are able to get into these industries easier and quicker,” said Dishman. “I think that’s partially the result of women, and people of color, not having access to capital in the same way men have.”

Dishman said the pandemic shed light on systemic problems that led to women and people of color having less capital available to start a business and helped create awareness of those problems.

“There is some additional access to capital now, which I think has propelled people to consider taking their business full time,” she said.

Brian Calley, the president and CEO of the state’s Small Business Association, said he believes the pandemic and its flexibility have led to the rise in new business licenses as well.

Capri Scott, who was inspired to open her own business after over 20 years as an educator, said the issues that came to light in her school district, the Detroit Public Schools Community District, once COVID-19 hit motivated her to pursue a new career path.

“During that time I had to teach virtually, and I realized a lot of my students were not prepared to move to the fifth grade,” Capri said.

This prompted her to think about how many of those students missed out on learning basic skills in kindergarten and first grade, and what she could personally do to help curb this problem.

“I was talking to my husband about not wanting to go back to the classroom and he finally said ‘Capri, you have options. Why don’t you think about opening your own child care center?’” said Scott. “And here I am.”

Scott’s center, Foundation First Childcare in Detroit, is “rooted in literacy” and foundational skill-building, and serves children from newborn to 6.

The process of getting a business license was lengthy and expensive, she said.

“All of that time I was investing my own personal capital,” Scott said.

Eventually, she worked with Michigan Women Forward, which granted her a “microloan” for the business after investing over $10,000 of her own money.

“I think that is what really made them get behind me,” she said.

Bianca Bennett, who opened her own business long before the pandemic, stressed the importance of having access to capital as well.

“When it comes to being a homeowner, or any type of ownership, you can’t do that if you don’t have the proper capital,” she said.

Bennett, who registered her business, Like A King Cleaning Services, a Black-owned sanitation business in Oak Park, as an LLC in 2015, said it was a way to create “generational wealth” for her children and family.

“I could no longer trade my time for what someone else thought it was valued at,” said Bennett. “It was worth more than $18 or $19 an hour.”

Bennett said she thinks the pandemic let many women and minorities take stock of their work life, and that inspired them to open their own businesses.

“It was a time that if you ever thought or dreamed about it, that was the time,” she said.

When asked why she thinks there’s been a steady increase in women-owned businesses she said: “Women are independent, and we are fearless.”