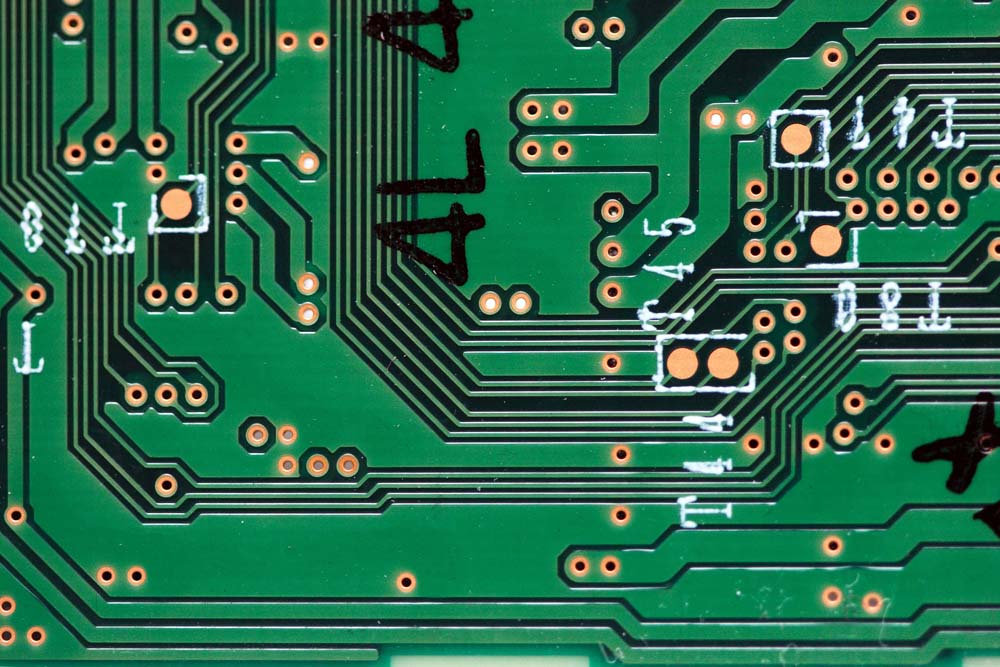 The latest look at technology job numbers in Southeast Michigan reveals an up and coming powerhouse in the field. A report released March 27 shows the Metro Detroit region’s tech jobs grew 15 percent in 2013, making it the fastest growing region for tech jobs in the nation.

As a rising star in the industry, Metro Detroit’s gains are compared against the standard for tech-driven economies—Silicon Valley. The analysis boasts some eye-popping figures: While Metro Detroit gained 30,000 jobs in technology fields in 2013, Silicon Valley lost 10,000 in the same year. The numbers come as a welcome surprise for many in a region known best for auto manufacturing.

But Automation Alley, Michigan’s largest technology association that commissioned the report, says the numbers reflect a rich tech history in the area has that been overlooked.
“Southeast Michigan has been a center for technology for quite some time,” said Patrick Anderson principal and CEO of Anderson Economic Group, the company that compiled the report. “We have a diversified and significant high tech talent base. We bounced back faster than anyone.”

The purpose of the study was to help Michigan realize its own identity as a tech hub. The data are hard to ignore: Nearly 10 percent of jobs in the Metro Detroit area are tech-related, schools in the region graduated more STEM graduates than Silicon Valley and Michigan tops the nation in the advanced automotive industry.

“We gotta change how we see ourselves. This is a major center for engineering in the world, not just down the street,” said Ken Rogers, executive director of Automation Alley. “We need to understand there are 15 tech hubs in the United States and we have a seat at the table. We have to take the mask off.”

The face of Southeast Michigan’s tech sector looks different than that of Silicon Valley, according to Rogers, and he says that’s a good thing. Because of the region’s long history with the automotive manufacturing, a fail proof manufacturing philosophy has bled into the fabric of Michigan technology as well, setting it up for a major advantage. “Our auto industry has drilled into us that that car has to start every day. They are aiming for 99.999 … for reliability. That’s not the founding ethic in, say, the streaming media world or the computer operating world.” Rogers said. “We expect things to work in Detroit. That’s our cornerstone industry.”

That’s not the only difference between the Valley and the D. Metro Detroit’s technology industry encompasses a diverse range of sectors from megatronics to life sciences and advanced manufacturing. This makes for a stronger, more sustainable rise to national and international recognition in the field.

“We’re not reliant on one specific sector or technology. We do it all in this region,” Rogers said. “Life sciences is an example and nobody’s even aware of the impact life sciences in this area, but alternative energies, medical devices — you name it we’re involved in it.”
Perhaps the most rapid growth comes from the life science sector of Metro Detroit’s technology industry, showing nearly 100 percent growth in 2011, making it a life science center for the whole country.

Anderson says there are multiple reasons for the local upshot in the life sciences. With a higher number of research institutions like Wayne State and U of M, high-tech hospitals like Beaumont paired with numerous medical device makers and a history in pharmaceutical research, the region is set up for gains in life sciences, he said. The ability to recognize these strengths through data collection and analytics could be crucial in defining Michigan’s economic future.

“We didn’t really know until we started documenting it,” Anderson said. “This is an area we are beginning to recognize and leverage.”

In addition to live sciences gains, the report showed schools in the metro Detroit region graduated more STEM (science, technology, engineering and math) graduates and computer science graduates than Silicon Valley. Michigan also leads the nation in the advanced automotive industry, with a concentration of employment in Metro Detroit that is 6.5 times the national average and a concentration in Grand Rapids that is 3.5 times the national average. Nearly 10 percent of total employment in the Metro Detroit area is tech-related. The analysis ranked Metro Detroit second in the Midwest behind Chicago in total industry employment.

“We apply tech here,” Rogers said. “That’s a major difference. You see some Silicon Valley companies coming this way trying to commercialize their ideas…. because we can put it to work.”

Some experts are even more critical of numbers that put Silicon Valley atop the national technology industry.

“There’s a lot of money that sloshes around out there, and there may be more businesses but a lot of them are useless,” said Michael Grieves, an expert in product lifecycle management (PLM) and consultant for NASA. “Basically, you have an idea, you get funded, it goes into that number but the reality of it is a lot of those businesses are not going to go anywhere.”

Grieves says Michigan’s advantage is having solid businesses that have been around for a long time versus startup-heavy numbers that can be unreliable. “In Silicon Valley a business can get funded just because they came in with a great PowerPoint. So it’s a little bit misleading for the Silicon Valley numbers versus our numbers,” Grieves said.
If you control for the population differences in the regions studied, Anderson says Michigan ranks second behind Silicon Valley. “We’re leading the rest of the country. We’re one and a half times the tech quotient—it’s not just auto, its defense, its chemical its life sciences,” he said.

Going forward, Michigan residents need to look at this report and see a real platform to grow. In the fast-paced world of technology, slowing down is not an option.
“There’s complaints in Michigan of being treated like a flyover state but we need to understand what we’re good at,” Anderson said. We should be proud of the fact that we are already in the first rank of tech centers around the country.”

While the news of rapid comeback and growth in Michigan’s high-tech sectors is welcomed in a state still reeling from economic turbulence, there is another edge to the technology sword.

The workforce-training component remains a giant piece to the growth puzzle. Longtime traditional manufacturing laborers stand to be replaced by machines—for instance, 3D printers that can make machines from scratch.

“If you look at the factories of the future they will all be technological machines and you will have to have a minimum of an associate’s degree or a bachelor’s to be out on the factory floor,” Grieves said. “We need to be doing more training.”

He said the report’s findings should also serve as a call to get people educated, as it is a key to success. While there are a number of training initiatives in place in Southeast Michigan, the situation calls for more school-to-business collaboration, Rogers said.

“There are two paths here. One’s the shop floor and one’s the second floor,” Rogers said. “I visited a tier one auto supplier the other day—if you want a job you’ve got to be able to run million-dollar computerized machines.”