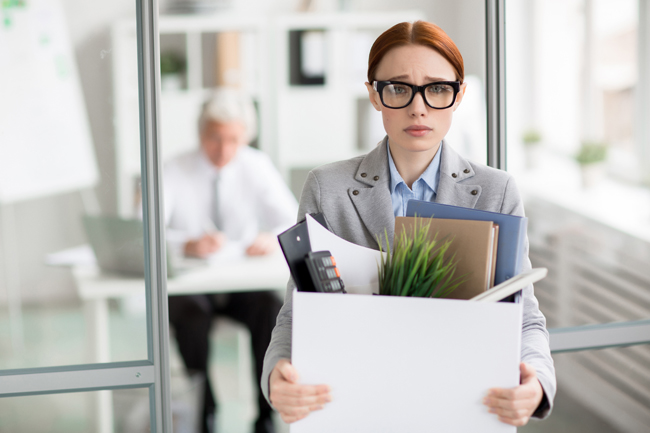 If you could pick just one issue that stresses you the most, what would it be? If you’re like a lot of business owners and managers, it’s firing someone. Letting someone go can be one of the most unpleasant decisions you’ll ever make.

Dismissing someone is never easy. In many cases, it can be prevented by asking yourself a few questions first. Will the employee be a better fit elsewhere in your organization? Are they teachable and just haven’t received enough training? Do they have a personal problem that will eventually resolve itself and all they need is a bit of grace? Is the employee unaware their performance is not meeting expectations?

If you answer “yes” to any of the above, your team member may still become a valuable asset with a new position, some training or mentoring, or a job description that better defines what winning looks like in their role. If the answer is “no,” read on.

How to prepare
Before meeting with the person you’re letting go, have a plan in place to cut off things like their phone, computer access, and email. You’ll also need a plan to cover the terminated team member’s work after they leave. Pick a specific day and time to let the person go. It should be as soon as possible once you’ve made your final decision, and first thing in the morning.

Many human resources professionals recommend avoiding Friday as a firing day, since the person has all weekend to stew about what happened. Letting someone go during the work week means they can immediately begin applying for a new job.

The conversation
It’s never easy to get rid of someone, even a person you don’t particularly like. However, there are ways to make the best of a bad situation for you and the employee.

When it comes to the actual act of firing someone, quicker is better. Don’t drag out the conversation with pleasant chit-chat about yesterday’s game. It sends a signal that nothing is wrong. Meet with the person and at least one other leader in private, and tell the employee immediately that they are being fired and why. If you’re nervous about what you’re going to say, write it down. Stay on course and don’t get caught up responding to arguments when the decision has already been made. It’s not a bad idea to have your fellow leader take notes on the meeting, as well.

Answer any questions the employee may have and cover anything they need to know, like severance pay or benefits. Don’t forget, it’s also your legal obligation to notify fired employees of their possible eligibility for unemployment insurance.

What happens after?
The employee being fired won’t be the only one hurting. Chances are some folks on your team will take it hard, too. In many cases, they’re losing a friend and don’t fully understand what has happened. Tell them as much as you can without embarrassing the former employee or violating confidences. Give the team a little grace, and some time, to process what has happened.

Once a team member is let go, agree on a time they can retrieve personal belongings. Doing this when their teammates are away is often a good idea, and a human resources person or other leader can accompany them.

Do unto others…
Remember, no matter how poorly the team member performed, this will be one of the worst days of their life. Losing a job is traumatic, and they deserve to be treated with dignity, compassion, and generosity.

The easiest way to accomplish this is by following the Golden Rule: “Do to others as you would have them do to you.” Put yourself in their shoes, and then act the way you’d want to be treated if you were being fired.

Letting someone go is a difficult decision. But if it’s done correctly, with a lot of forethought and compassion, you’ll earn the admiration and respect of your team.