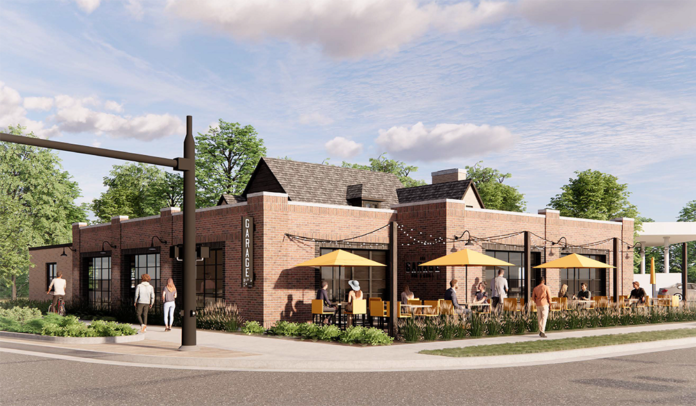 Peebles, who joined Farhat’s team in May, will hold the title of Culinary Director and Executive Chef of Garage Bar & Grill and Graydon’s Crossing and General Manager at the Ada Garage Bar.

Farhat is excited to bring the popular, community-minded chef to overhaul his menus while also taking a management role in Ada.

“Chef Peebles is very creative, so I’m eager to introduce his reimagined menus to our customers,” said Farhat. “No frozen food here, just fresh ingredients that arrive daily from our local suppliers.”

Chef Joe came from humble beginnings as a garde manger and pastry cook at age 14 in rural Charlottesville, Virginia. During his early years, he was mentored by many top chefs in the mid-Atlantic region as he moved from restaurant to restaurant, learning different styles of European, Mediterranean, Asian and American cuisine.

“Growing up cooking old Virginia family recipes with my mother and working in kitchens near the Chesapeake bay gave me a passion for southern coastal cuisine, utilizing locally harvested livestock, seafood and produce,” said Peebles.

At age 19, he was recruited for the sous chef position at Market Fare, which at the time was a top boutique fine dining location in Port Norfolk, Virginia. At 23, he accepted his first Executive Chef position at Europa Tapas Restaurant in Richmond. More recently, Joe received accolades for his menus at The Alchemist Gastropub in West Palm Beach, Florida, and Max’s South Seas Hideaway in Grand Rapids. Now, with more than 23 years of professional cooking experience under his belt, Joe is committed to producing wonderful food that almost always has a connection with his upbringing in the culinary industry and childhood favorites that were prepared by his mother and grandmother.

“Kevin and I have been friends for a few years and have been talking about doing a restaurant project together for a while. The pandemic gave us the opportunity to work together,” Peebles added.

“At Garage Bar, we will be making small improvements to the staples at the downtown location and expanding the selection in Ada to include more “center of the plate” proteins, homemade seasonal desserts, a new signature cocktail menu and improved wine list,” said Peebles.

Peebles also noted that the menu at Graydon’s Crossing will pivot from its “British pub” theme and moving toward what he calls “Eclectic American Gastropub” with much higher standard than what has ever been offered at the popular Creston neighborhood establishment.

“I’m excited to have Graydon’s under my watch so I can feed my creative, fine dining side and  flex some ‘culinary muscles’ a bit,” Peebles adds. “I look forward to showing our patrons and neighbors at Graydon’s some creative, delicious food and cocktails in a warm, welcoming atmosphere.”