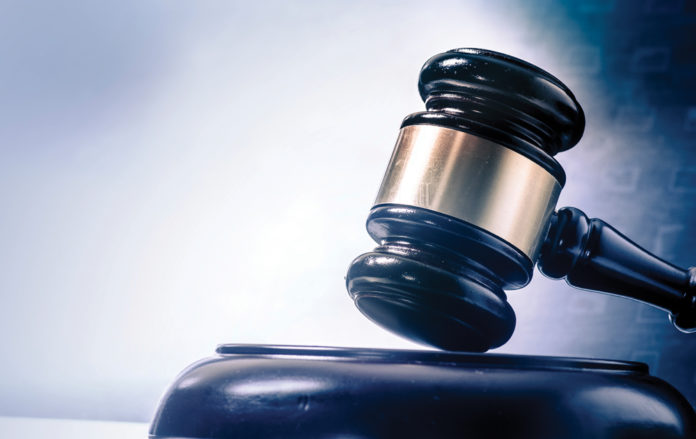 Bring up the subject of Intellectual Property to anyone who isn’t deeply entrenched in the field of patents or trademarks and blank looks or even a stifled yawn or two might be the result.

But here’s the reality: IP—as Intellectual Property is often shortened—is arguably one of the most important areas of law, especially in a time when ideas potentially worth millions—even billions—are an increasingly important part of the economy.

Anyone doubting that should talk to someone like Jennifer Dukarski, an attorney in the Ann Arbor, Mich. office of Butzel Long. Dukarski began her professional career as a mechanical engineer before earning a law degree, a background that gives her a particular combination of skills that are keenly valued in an era where ideas (the essence of IP) have never been more important.

While the four main areas of IP include patents, trademarks, copyright, and trade secrets, it’s the last one that may be something that could sneak up on a company, even while being one of the most impactful to its future.

“It’s the lifeblood of a technology company,” notes Dukarski, who represents numerous firms, including one unnamed firm that is developing what is likely to be a breakthrough related to autonomous driving.

Protecting trade secrets, especially in the not-so-uncommon instance of an employee leaving one firm to work at another, is something that companies who rise and fall on the underlying ideas must take seriously.

“They need to treat (the ideas) like cash,” says Dukarski. “You do financial audits all the time, but when was the last time that same company actually audited its Intellectual Property?”

Her advice? “Don’t underestimate the value of what’s in a product, the processes that it takes to make it, or the know-how that’s involved in making something.”

Throughout the country, protection of IP is considered one of the key issues that businesses face and the challenges are global in many respects, one of those being the lack of universality when it comes to respecting what American-based companies consider IP protections.

In states where technology is increasingly important, the U.S. government is supporting entrepreneurs through the United States Patent and Trademark Office (USPTO), which is a division of the Department of Commerce.

Perhaps unsurprisingly, one of those jurisdictions is Michigan, the birthplace of the automobile, and where companies are working on disruptive technologies like autonomous vehicles and sensor-rich systems that promise safer and more fuel-efficient transportation systems.

It’s also in Michigan where, in July 2012, the first satellite office of the USPTO was opened.

Alford W. Kindred, an electrical engineer by training who has more than 25 years’ experience within the USPTO, currently works as an assistant regional director of outreach, explaining to people who could (and should) take advantage of all the agency provides.

This includes providing the ability for people to search for existing patents, trademarks and copyrights, educating the public on what they are and their importance.

“We also serve business incubators and entrepreneurs, as well as small and large businesses,” said Kindred.

The USPTO is also a place where inventors can discuss an idea and whether it may be worth seeking a patent or trademark.

Kindred and his colleagues can help navigate the intricacies of the USPTO system, which is now based (as is most of the world) on the concept of “first to file” rather than the previous “first to invent” concept.

“Previously, someone had to prove that they were the first to invent something,” said Kindred.

Christopher Quinn, who heads Quinn IP Law in Farmington Hills, Mich., also points to the USPTO as a key resource, one his office often uses to “keep a finger on the pulse of Michigan, where patent filings are coming from and the technologies being filed.”

But there’s an issue for those involved in IP law that is particularly troublesome to the automotive industry, says Matthew R. Mowers, a registered patent attorney with Quinn’s firm who previously worked at Jaguar Land Rover and Lear Corporation. It was there he helped develop global portfolio strategies. Today, he works with technical specialists at client firms to help them protect IP assets.

The big flag for automakers? The counterfeiting of auto parts.

It’s a bigger issue than someone might first imagine, one that includes the traditional challenge: warranty and recall issues that arise when a fake part finds its way into a vehicle, creating a potential recall issue that would result in an automaker having to replace the counterfeit item.

IP theft in the form of pirated and counterfeit goods continues to grow worldwide, with the circulation of cheap goods that rip off brand name products creating economic and social costs, such as damage to consumers, industries, and economies.

Just how serious is the problem?

A 2005 survey estimated that the automotive industry alone loses $12 billion and 750,000 jobs a year as a result of the practice. And that was 10-plus years ago.

The problem with counterfeiting in the auto industry goes beyond the economics of an automaker having to replace a part that they didn’t buy in the first place.

“The automaker has the responsibility for making sure that the issue is taken care of,” said Mowers. “It becomes a customer service concern.”

For a firm like Quinn IP, policing the counterfeit auto part issue is historically a reactive one, although the way to solve the problem is to look for the companies that are making the fake parts.

Here, automakers can take the issue to the courts, although agencies like the Department of Homeland Security’s Immigration and Customs Enforcement are frequently involved as domestic automakers and parts makers take action to stop the flow.

America also works with agencies in other countries, notably India and China, flagging the importation of counterfeit parts.

And then there’s the internet.

In a conventional environment, companies looking to find markets for their goods would concentrate on strategies that would reach customers through search engines. However, visibility is not something parts counterfeiters want.

But more recently, firms like Quinn IP are using proprietary software tools to deal with the issue in a highly proactive way.

“We’ve even incorporated ‘facial’ recognition into the software, which then looks for images of something like a brake pad to identify counterfeiting,” said Quinn. “We’ve seen excellent results, with the improper use of images on foreign websites.”

When that happens, authorities will work directly with customs agencies in those countries, the result being a more proactive approach that is intended to stem the tide before a counterfeit part enters the supply chain.

“When you have to go to court, it’s like trying to kill a fly with a sledgehammer,” said Mowers of Quinn IP Law. “If it’s caught on the front end in a strategic, tactical way, there’s far greater efficiency and lower cost.”

Stepping back for a broader perspective of all that involves IP, Dukarski of Butzel Long says trade secrets may be as important as a patent or trademark, especially in that people, as imperfect as they are, are potentially a big part of the issue.

“Think about a company where there are employees leaving to go work at another firm and you’re looking at millions of dollars walking out the door with the secret sauce,” she said.

It’s the kind of practice, as seemingly sloppy as it might be, that Dukarski has seen taking place, one example being employees taking entire hard drives of files that were critical to an organization and which could be used elsewhere if no action was taken against what would have been a case of copyright infringement.

Or even in the realm of plastic surgery, where “before and after” photographs were passed off as the work of another company.

The important point, says Dukarski, is that these kinds of violations aren’t limited to a specific industry.

“Some of the facts and cases are pretty amazing,” she said.

The inherent value of what might otherwise be considered an “intangible” asset shouldn’t be overlooked, said Dukarski.

“Companies ought to treat IP, including the patents, trademarks and processes that are required to produce goods and services, especially in the automotive realm, like the assets that they are,” she added. “Those have more value than someone might think.”

“A company should consider conducting an audit to determine its value, taking care not to discount something like the know-how.”

But protecting IP has to be a strategy that goes further than what some might think, said Dukarski.

“What I immediately do when faced with a dispute is to pull out the agreements that a company has asked people to sign, things like visitor sign-up sheets,” she adds. “Does it say that they can’t bring a camera into a facility? Is there a proper non-disclosure agreement involved? And what about things like drawings? Does it say anywhere that these things are confidential?”

Dukarski then cuts to the chase.

“If you don’t have protections in place, the information isn’t confidential. And when that happens, you no longer have a trade secret. It can’t be registered and it’s only as good as it is if you have it hidden.”

Consider the recipe for Coca-Cola as an example.

“If it appeared on the internet, it’s completely gone,” said Dukarski.

And then there’s that block of “legalese” at the bottom of untold numbers of emails that get sent out every day, words that essentially warn off the recipient (intended or otherwise) that the information in the email (along with “any documents, files or previous email messages attached to it) is legally privileged.

The wording is not unintentional, in that it “warns off” someone who might otherwise “spread the word” beyond the people that should be reading what’s being sent and admonishing them to “destroy the original transmission and its attachments without reading or saving in any manner.”

Dukarski said the warnings should never be overlooked, especially by those who are sending the documents.

“It floors me how many times people can mess up by sending out information without having a disclaimer as part of the email,” she added.