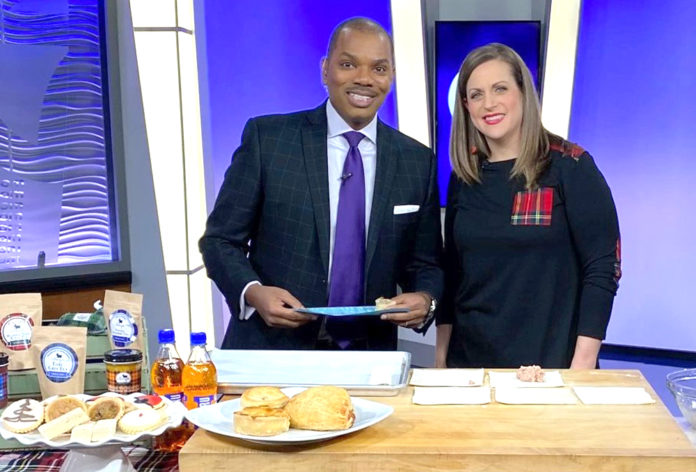 How women and woman-owned businesses are faring in the coronavirus pandemic has become a recurrent theme of media coverage, employment studies and HR forums. How were women, who tend to take on the majority of the caregiving duties, handling the ever-challenging balance between work and home?

For some Michigan women-owned businesses and female employees, coronavirus created a huge shift in how they approach the everyday work world at the beginning of 2020. They took on homeschooling, working from home and most of the emotional labor that goes with a pandemic. That brought stress and, sometimes, anxiety.

As they look into 2021, these business owners and executives say they are coming up with new ways to find peace with what they can accomplish as professionals and as Mom. The result is a new picture of what it means to be a working woman and a career professional in the best of ways, they say.

For Megan Ackroyd, that meant creating new retail hours, boosting ecommerce and changing the way people shop at Ackroyd’s Bakery, according to the third-generation owner and bakery president. Some of her business decisions stemmed from her family’s needs and homeschooling, she said. But the pandemic also sparked an acceleration in what she already knew needed to be done based on her strategic planning for her bakery.

Now, she’s more of the visionary while her personal and professional partner has become more of the daily face of the bakery. Instead of being on call and open for curbside pickup six days a week, they trimmed it back to three. The website grew exponentially. And everyone, including their son, is doing well.

“(Coronavirus) exposed areas that needed help,” Ackroyd said, and that included her day-to-day participation in the business. “My partner (Joe) stepped up in new ways. He evolved drastically as a partner in the business, as well. Now he’s the person who is there every day, steering the ship … That gave me pride in the business – it’s doing its thing, the employees are stepping up and Joe is fantastic. He works all day and still comes home and cooks.”

Long-term impact
Workforce experts, human-resource groups and employment organizations of all kinds are scrambling to determine the impact of COVID-19 on women. While much of the data is still new or developing; what is already known shows a rough road ahead. For example, McKinsey & Company in its 2020 edition of Women in the Workplace study showed anecdotally how women were faring during the pandemic – and the results were troubling, officials said.

“Every year since 2015, women and men at every level have considered leaving and actually left their companies at comparable rates. But the pressures of COVID-19 and the new work environment have completely changed that landscape,” its report noted. “Women are 1.3 times more likely than men to have considered stepping out of the workforce or slowing down their careers (in the past year) —particularly mothers, senior women and Black women.

“In the worst-case scenario, if women leave the workforce at the rates they say they are considering, corporate America could lose over 2 million women in the workforce—more than the number of women who graduate from college and graduate programs in the U.S. each year—and more than 100,000 women in senior leadership roles in the short term.”

Driven to be the best
December’s jobs numbers, the most recent available, are reflective of the continued impact of the coronavirus on women in the workforce. Job growth dipped with 140,000 jobs lost. All of these jobs were done by a woman, according to a report from the National Women’s Law Center. Its analysis found women lost 156,000 jobs while men gained 16,000 jobs.

Of the nearly 10 million jobs lost since February – when the coronavirus started to impact the nation’s economy in a real way – women account for about 55%, the NWLC noted.

Women have long had to hold work and home together, said Maria Labie, Vice President of Mortgage Sales for Troy-based Independent Bank. But Labie notes that often came at a cost to the woman herself – she had to pretend not to have a family or to put up a shield between her responsibilities so her bosses would focus on her strong performance.

“We’re suffering because women have to keep a game face. Women entrepreneurs were trying to pull things together while also wanting to perform,” Labie said. “Women and women entrepreneurs are driven to be the best – at work, at home, with marriage. They are under incredible pressure to always be on – whether they work in the corporate world or own a small business.”

Now, that same woman who considered herself the rock of her family and workplace had to make a choice when coronavirus forced her hand, Labie said. They had to rework their plans both for their businesses and for their families. That resulted in fatigue, stress and worry. Also, some women didn’t have strong support at home, work or within financial institutions, making it hard for these women to get loans, get help or garner the support they needed, she noted.

What most women learned quickly and are still figuring out is how to avoid ever being in this position again, Labie said.

“Women need to give themselves grace and forgiveness. Everyone had set the benchmarks very high,” Labie said.

‘Lean into vulnerability’
Like most, Anastasia Wiese of Grand Rapids thought the original pandemic shutdowns would last maybe two or three weeks. The senior financial advisor and owner of Grand Wealth Management knew that balancing two children between her schedule and that of her husband was going to be rough. He’s a partner at a law firm, and both of them had appointments and other conflicts.

At first, the couple worked with other nearby families to come up with a short-term solution: They would share the caretaking and schooling among three households. That quickly fell apart because it was a heavy lift to take care of six kids at one time. Plus, Weise was working 12-plus hour days to help her clients navigate a topsy-turvy financial world at that time.

Rather than panic, she and her husband “leaned into vulnerability,” and started talking about how to come up with realistic solutions. They put together a responsive schedule that allowed both of them to add work responsibilities so one parent had time to focus and dive deeply into what had to get done on their jobs. They created a childcare schedule as well as a mealtime shift so each person carried the load equally or close to it, Wiese said.

Thankfully, both of them had supportive work environments that allowed for changes, shifts and new ideas when needed, she noted. “That’s so crucial to anyone’s success, but especially a woman’s success in the workplace,” Wiese said.

All in all, clients would rather have Wiese ready to talk than stressed out trying to balance everything. So she learned to find times when she could reschedule a meeting that worked for everyone – including herself.

“The benefit of this experience is that it humanizes all of us in the workplace. Yes, we’re professionals. Yes, we’re career- and goal-oriented people. But there’s the real side (of being parents) that we’re all balancing as well,” Wiese said. “If you care about your team, you care about encouraging them to be the best versions of themselves. That’s when you flourish and grow.”

Now, it’s not about perfection or balance. It’s about a blend that works for Wiese, her husband, her kids and her work responsibilities.

“Being OK with asking for help is really hard,” Wiese said, “but it’s really important.”