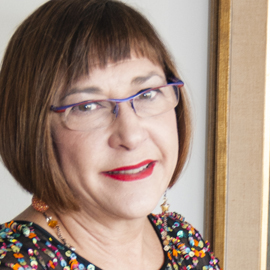 It was 1985 when Paula Tompkins innovated the practice of using the personal computer as a business tool. At the time she was living in California’s Silicon Valley. “I was struck with an idea,” she recalls. “Why doesn’t someone apply emerging personal computer technology to creating an innovative new selling medium?”

She became the first computer expert to provide Web-based, multi-channel marketing and sales solutions. Their purpose: to help companies generate leads and close sales. The method: aiding customers’ research options, then finding the help they need at the moment they want it. Tompkins founded ChannelNet (originally The Soft Ad Group LLC), a company that eventually moved to Dearborn and became important to Detroit’s automotive scene.

In the ChannelNet conference room filled with comfortable black leather chairs, Tompkins talks about her company’s progress in nearly 30 years. She now has more than 100 employees in the Dearborn headquarters and five in Sausalito, Calif., where she founded her company.

“I was right there early on,” she says. As ChannelNet’s CEO, she has accumulated so many firsts in her career that she deserves a big “Numero Uno” after her name.

In addition to being a leading provider of Web technology she is a developer of the microsite. She began using it in the late 80’s, long before the word “microsite” appeared in a dictionary. Its definition: an individual Web page, or small cluster of pages with its own domain name, meant to function with an existing website or to complement an offline activity.

ChannelNet in 1995 launched Ford.com, which included the world’s first dealer websites for the automaker’s 5000 dealers. The company also provides Social Guardian, an online reputation management service designed to help its clients manage their reputations by responding to online consumer feedback.

Early beginnings
The computer arrived in the business world just three years before Tompkins was graduated from Marshall University in her home state of West Virginia. It was 1975 and she and four other grads became the first female employees of a Wall Street firm. She knew early on that the World Wide Web was destined to be the most promising marketing technology of all.

Tompkins recently acquired patents on two of her software innovations: “Our software,” she says, “wasn’t driven by engineers. It was driven by what we saw as a recurring pattern of what people wanted to do with the Internet.

We embedded that in our product. It enables businesses to personalize and customize the look and feel of their corporate systems.”

When asked if other companies are doing this, her answer is, ‘That’s why we got a patent!”

A second patent covers a management system so efficient that “even you could go online and up comes your management console home page.” With it, she explains, “Our customers can go online, and update the information they want in the blink of an eye.”

She believes in the gradual domination of the Web as a marketing tool. “The dynamic,” she says, “is that shoppers are going online. In the old days you could run an ad in a newspaper and people would flock to your door. That doesn’t happen anymore. Now people read reviews on The Web associated with products and services they’re interested in. They may visit up to 14 websites about a purchase. If they’re buying a car, they visit the websites of dealers and brand manufacturers.”

Unlike print and broadcast advertising, she points out, digital marketing enables customer engagement and interaction. In addition, it’s less expensive.

But the problem isn’t that newspapers and broadcasting aren’t effective; the key is to know when to use these channels.

“I’m using digital right now,” Tompkins says. “I’m redecorating my apartment. I see something I like on the Web, I go right to the reviews and check the opinion of people who have bought the product.”

Some pointers from the ad veteran: With the erosion of radio and TV audiences in the past five years, advertisers are getting fewer eyeballs. There’s a shift in the way people consume information and in the way they want to be entertained. If you want to reach millennials – born from approximately 1982 to 2004 – a better ad placement than a radio show or video may be Pandora, the personalized Internet music service. In addition, networks now are building online communities out of popular shows like “Breaking Bad.” With options like Hulu and Chromecast, people can watch a show when they want, where they want.

Small businesses, Tompkins has learned, are finding that they have to get online. Citing industry research, she points to retailers such as furniture stores and home improvement operations. If they have a website, their enterprises, she says, will grow 40 percent faster. Yellow pages are also affected by this trend.

“All the companies we are working with are cutting back on their direct mail budgets,” she says.

She brings out a mailing that her company prepared for Ford Motor Co. in the early days of the Web. Called “Ford Simulator II,” the mailer offered its recipients a game, a driving simulator, an electronic showroom, a Ford infocenter and a Ford Buyers’ Guide that let them choose from nearly 100 models. It said, “If you would like information, send us $3.95.” Tompkins says, “It worked like gangbusters.” Her agency sent a similar mailing to GM customers.

Before the mailing, she recalls, “We said we can put all the product information on a disc. Ford and GM said they didn’t believe us.”

From cars, Tompkins says, “We went to financial services, computers, medical, credit cards - every kind of product and service available. It worked because marketing costs were getting very high.” For the cost of one TV ad, she claims, you can put up a whole new website.

Using all the tools
Today, she advises, you should still use all mediums - radio, TV, newspapers and magazines - in addition to digital. It’s about getting the brand name out there. You might not do as much as previously but you want the customer to look at that brand. Traditional advertising shows a beautiful car driving along the freeway “If you like it,” Tompkins says, “you go to the Internet, which has all the details. So digital technology is the second step, including how to figure the monthly payment.”-¨ Tompkins estimates that 90 percent of the U.S. population owns a wireless device with digital access. Importantly, 40 percent of all mobile searches are for local businesses.

“We do purely digital,” she says of ChannelNet. “No direct mail. But we may work with a company’s ad agency to make sure everything flows from direct mail to what we show on the Internet.”

To illustrate the use of digital media for her client, Benjamin Moore Paints, Tompkins calls on ChannelNet’s vice president for customer experience. “She’s my vice president of strategy and creative,” says Tompkins. She is Renee Triemstra, a 16-year employee, married and the mother of three daughters. Triemstra explains that ChannelNet manages more than 10 million websites at a help desk manned by 25 employees.

The company’s Benjamin Moore website, according to Triemstra, serves 1500 paint dealers, all independently owned. Each retailer can personalize his or her website, add photos of the store’s color consultant or even their granddaughters if they like. “The website utilizes the fact that people want to shop at local businesses, not big chains,” says Tompkins. “If customers see something that looks good on the Web, they can pre-order and the website will tell them how to get to the store.”

The ad expert’s advice to women in business today is, “Be yourself. Women shouldn’t let themselves be intimidated. But they do need to carefully speak their mind. Customers don’t respond well if you are too direct.

“In the 70’s,” Tompkins recalls, “there was a conscious effort to keep women out of the workplace. I personally experienced it. Today there still is a lack of awareness about the value a female voice can bring to the table. The auto industry is totally male-dominated. This is slowly changing.”

The male in Tompkins’ life is her husband, John A. Tompkins Jr., who retired recently. The couple lives in a Birmingham apartment, where they enjoy entertaining employees and customers.

ChannelNet, privately owned since its founding in 1985, expects to increase total revenue by 44 percent in 2013.