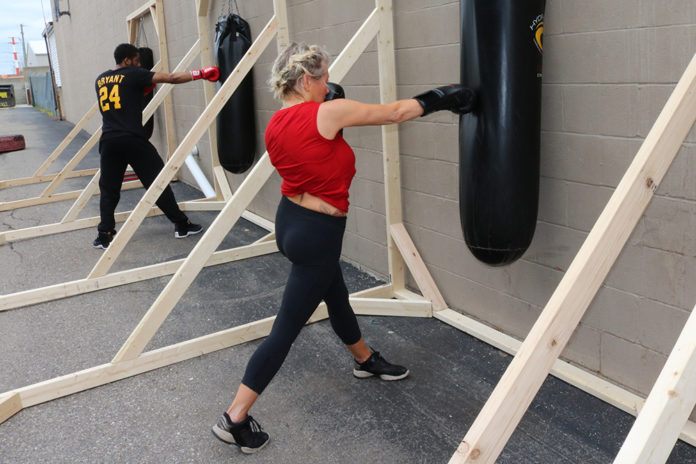 Apparently, though, they were good enough for a panel of judges at the U.S. Sixth Circuit Court of Appeals.

In their ruling, the judges said they “sympathize deeply with the business owners and their patrons” affected by the governor’s order.

“Crises like COVID-19 can call for quick, decisive measures to save lives,” the judges said. “Yet those measures can have extreme costs — costs that often are not borne evenly. The decision to impose those costs rests with the political branches of government, in this case, Governor Whitmer.”

Gym owners had been eager to reopen Thursday under Maloney’s order, but Willie Fortune, who runs Jabs Gym in Birmingham, said he feared being caught in exactly the legal crossfire that came.

“It’s definitely good news, but I also did hear (Whitmer) is going to appeal it,” Fortune said before the appeals court ruling. “I’m going to be cautious as far as taking steps, because I’d hate where people get to a point where we operate and then they end up ruling with her and we have the same situation.”

More: Healthcare Heroes Step to the Front of the Line in COVID-19 Crisis

The legal wrangling comes in response to a lawsuit filed in Kalamazoo by the League of Independent Fitness Facilities and Trainers, among others. Maloney ruled Friday that gyms can reopen, despite Whitmer’s refusal to allow it in her MI Safe Start plan.

Whitmer had asked Maloney to stay the decision but the judge, saying the governor failed to prove she can win on appeal or that the public would be “irreparably harmed,” refused. The appeals court stepped in and did it for her.

In his decision, Maloney — a former chief judge of the federal bench’s Michigan’s Western District, was appointed in 2007 by former President George W. Bush — said he just wanted a “rational basis” for Whitmer’s refusal to open gyms, but allow places like hair and nail salons to reopen. Whitmer, he wrote, failed to provide that.

“With this ruling, the court is playing a dangerous role it should not play: second-guessing and upending the data-informed decisions that have saved thousands of lives in Michigan,” Whitmer’s office said in a statement. “The idea that gyms – with their high levels of heavy respiratory activity, shared indoor spaces, and shared surfaces – might be one of the later businesses to come back online in the midst of this global pandemic is hardly surprising and highly sensible.”

Even if the appeal is eventually denied – or whenever gyms are allowed to reopen – Fortune said he’s going to continue to operating using safe protocols.

“I’m concentrating on a stronger online presence, so we’ll be doing certain classes inside, and shooting it live so people can do it from home,” Fortune said. “That will make it fair for everyone, and then we’ll move forward from there.  I’m still going to be cautious with my members and my staff.”

The appeals court panel seemed to indicate that Whitmer was within her power making the decision she made, even though gym owners had understandable concerns with the governor’s order.

“All agree that the police power retained by the states empowers state officials to address pandemics such as COVID-19 largely without interference from the courts,” according to the ruling. “The idea that heavy breathing and sweating in an enclosed space containing many shared surfaces creates conditions likely to spread the virus … fairly supports the governor’s treatment of indoor fitness facilities.”