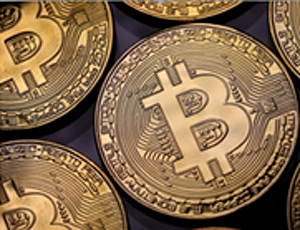 For some, the world of cryptocurrency may seem mysterious if not downright confusing – there is so much happening in terms of new investments, new terminology and new companies coming on board with this form of digital money.

As people and businesses start to learn more about cryptocurrency, one industry expert says he believes it will change the way we all exchange money in the future. In other words, cryptocurrency and the way it is tracked will impact banks in the same way that Amazon impacted bookstores.

Dave Thompson, a cryptocurrency expert in Plymouth, Mich., has spent the past two years studying cryptocurrency for his clients and himself. He regularly hosts seminars on the topic, helping potential investors learn about what opportunities there are in this financial arena.

“This is as big as the invention of the stock market and the internet,” Thompson says. “In 10 years, we won’t know how we lived without it.”

Broadly defined, cryptocurrency is a digital form of currency that uses encryption to transfer money between people or organizations. This transaction occurs outside of a central bank or financial institution to act as a third party. One type of cryptocurrency is Bitcoin, which an internet expert named Satoshi Nakamoto created in 2009 and likely is the best known of the estimated 1,300 cryptocurrencies available.

Bitcoin runs on what is known as a blockchain, or a record of transactions. Think of it as an online ledger that securely tracks all transactions of cryptocurrency. Another well-known blockchain is known as Ethereum, which was developed in 2015.

There are stores that accept Bitcoin as currency, allowing its users to do everything from purchasing food to clothing to even plastic surgery at one New York-area clinic. There even have been sightings of Bitcoin machines – they look like ATMs only with a Bitcoin logo on them. So there is a growing presence of this digital money in towns of every size.

Cryptocurrency has been in the news a lot of late, particularly because of its extreme highs and lows. Over the past few months, the value of one Bitcoin went from just under $1,000 at the start of 2017 to nearly $20,000 by mid-December.

As a result, Bitcoin and other cryptocurrencies have their friends and foes. For example, Jamie Dimon, CEO of JPMorgan Chase, at one point called Bitcoin a “fraud” that is “worse than tulip bulbs,” a reference to the famous Holland market bubble of the 1600s when tulip bulbs traded for unusually high sums.

In another recent news story, Merrill Lynch in early January blocked its clients and financial advisers from buying Bitcoin, saying it was not a suitable investment.

There are still fans out there. One industry leader, cybersecurity pioneer John McAfee, is at the other end, projecting that Bitcoin will hit $1 million in the next two years.

Thompson bought his first Bitcoin in September of 2014 at the relatively low cost of $475. He soon became interested in learning more, so he researched the technology behind Bitcoin. Thompson saw the power behind the blockchain, seeing how it could disrupt the technology and financial sectors. That is why Thompson and many other investors believe blockchain will be the next technology revolution of our time.

“We’re on the cusp of something big,” Thompson says.

Today, there are hundreds of startups and thousands of developers around the globe working on blockchain solutions and the cryptocurrency sector is worth over $500 Billion. Thompson has had a hand in all of this, including experiences in cryptocurrency day trading, running a successful Ethereum mining operation and investing in blockchain startups and Initial Coin Offerings.

Thompson has more than 20 years of experience in the IT industry. By day, he’s a successful consultant focused on large-scale enterprise architecture. On nights and weekends, Dave reads whitepapers, watches developer meet-ups and keeps a watchful eye on the cryptocurrency charts.

For those who see cryptocurrency as too volatile or just a flash in the pan like a financial trend, Thompson says they should take a wait-and-see approach instead. He compares this moment to those early days of the internet about 25 years ago when all we knew how to do was write emails. Now, we don’t know how we live without it and its many functions.

“This is one of the most amazing things I’ve ever been involved with,” Thompson says. “It’s rewarding to be able to discuss it with like-minded individuals on an intelligent level. I do hope people will take the time to get up to speed about this dynamic force that will eventually impact everyone.”