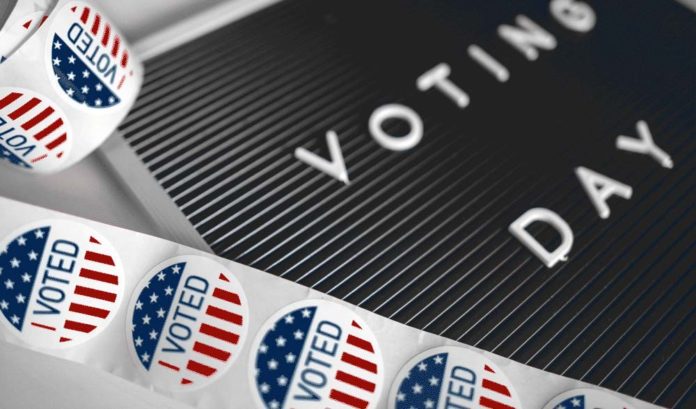 Businesses of every size – whether it was small mom-and-pop shops or mid-size, high-growth companies or even the biggest of the big – were watching the midterm elections to see what would happen and how the economy might change as a result.

In Michigan, the stakes and impact of the midterm elections was high as the state’s governor and attorney general, U.S. Senate seat and many other Congressional districts were up for grabs. Even longtime seat holders, such as Debbie Stabenow, faced impressive competition for their positions within the federal government. In other words, no one was safe in the 2018 midterms.

The results were surprising in some ways, especially in the state’s three ballot proposals. Former state Democratic Senate Minority Leader Gretchen Whitmer will be Michigan’s next governor with a victory over Republican Attorney General Bill Schuette. Whitmer will be the second woman elected as Michigan governor.

Proposal 1 was approved by a 56-44 percent margin, becoming the first state in the Midwest to make recreational marijuana legal in Michigan with some sizable notes on how, when and where. Proposal 2 passed, significantly changing the way Michigan’s political lines are drawn for congressional and state legislative districts. Voters also approved Proposal 3, bringing significant changes to Michigan’s election law.

Some call these midterm elections “The Year of the Woman” for good reason. For example, a Muslim woman from Detroit has won the congressional seat long held by Democratic Rep. John Conyers, who stepped down amid sexual harassment claims by former staffers. Democrat Rashida Tlaib was elected to represent Michigan’s 13th House District, defeating three other candidates, including a write-in campaign by Detroit’s City Council president, Brenda Jones.

Officials said that voter turnout in the state’s midterm elections was the highest it had been in 56 years. The unofficial results, released by the state of Michigan, put turnout at 58 percent of registered voters. Compare that to 2014 when turnout was the lowest it had been in 24 years at about 43 percent of registered voters.

Voters out in droves

Across the state, every county increased turnout about 7 percent between 2014 and 2018. The biggest changes occurred in Oceana, Grand Traverse, and Kent counties, with voter turnout increases of 23 percent, 19 percent and 19 percent, respectively. Also, Leelanau and Keweenaw counties held onto the top two spots for overall turnout from 2014 to 2018.

Proposal 2, an anti-gerrymandering ballot measure sponsored by Voters Not Politicians, won at the ballot box. Michiganders soundly rejected gerrymandering, the manipulation of electoral maps to ensure that one party remains in power.

“Michigan has a long tradition of standing up to fight back against the status quo” said Emily Wietecha, Chapter Leader of Represent Metro Detroit. “This election cycle was no exception. With so much at stake, we knew that coming together to establish these crucial reforms was our only way to make a stand.”

Nationally, people including Stephanie Schriock, president of EMILY’s List, were enthusiastic about Michigan’s election results and the potential impact on the state’s economic fortunes moving forward in the years to come.

“Given Gretchen’s unimpeachable record, we know that she will continue to be a relentless fighter for the people of Michigan. Gretchen’s leadership in the Michigan state Legislature was unmatched as she worked to solve the state’s toughest problems like health care expansion and expanding economic opportunity,” Schriock said in a statement. “Gretchen is the ally Michiganders deserve after two terms of Governor Snyder’s disastrous leadership. Progress can no longer wait.”

“Rashida Tlaib will undoubtedly be a fierce advocate for Michigan’s 13th District fighting to expand economic opportunity, strengthen Michigan public schools and protect our environment. Rashida has proven that she won’t back down from a tough fight and when it came to protecting her constituents from dangerous pollutants in the Detroit riverfront, she took on the Koch brothers and won,” she said in a statement.

For example, Tlaib has said she will fight for Medicare-for-All, a $15 minimum wage, equitable funding for public schools, debt-free college, civil rights rooted in equity, and fair immigration reform, fight climate change with a Green New Deal and more.

“I think the time period leading up to elections can create a lot of anxiety in consumers. Any finality leads to stability, regardless of the actual election results,” Lutz said. “Many customers feel the post-election cue to start thinking about the holidays.”

Nationally, Nigel Green, founder and chief executive of deVere Group, said he believes the Democrats gaining control of the House of Representatives is likely to drive a rally in U.S. financial markets into the year-end.

“This U.S. bounce can also be expected to positively impact global financial markets, given the high correlation between Wall Street and risk assets elsewhere,” Green said in a statement. “However, it can be reasonably assumed that this rally will be relatively short-lived as it could then be offset by legislative gridlock in Washington. This will halt deregulation legislation, which in turn will hurt sectors such as banking, energy, industrials, and smaller companies that stood to gain most from looser controls. Pharmaceuticals may suffer as the Democrats seek to bring down drug prices.”