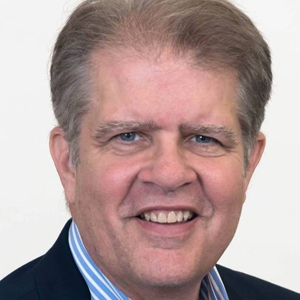 Some important information to know about longtime journalist Joe Grimm is this: He’s a busy author, an active professor and his favorite flavor of Faygo is Rock & Rye.

Why is that last detail important? Because Grimm and Wayne State University Press soon will release his latest writing effort, “The Faygo Book.” The book, which comes out in October, is the story of Detroit’s beloved soda pop and how it has remained the last bottler standing in “pop alley” thanks to its pioneering techniques, rambunctious rainbow of flavors and a fiercely loyal community.

Grimm, a Detroit Free Press veteran and Michigan State University professor, researches “the ingredients for a successful beverage company that has forged a bond with a city and its residents for more than a century in spite of dicey economic times in a boom-and-bust town,” WSU Press says. These stories and facts will tickle the taste buds and memories of Detroiters and Faygo lovers everywhere.

The experienced author – he also co-wrote “Coney Detroit” with Katherine Yung in 2012 – shares more about his process, Detroit history and more.

Q: What has journalism taught you about becoming an author or was writing a book a new kind of writing for you?

A: Journalism tricked me into writing books. A series of Free Press Sunday magazine columns I wrote for the state’s 150th anniversary way back in 1987 was turned into a book by Wayne State University Press. Bang. Without meaning to, my name was on a book. Then came books about the songs of Great Lakes sailors, coney dogs and the many cultures we have here. Editing Free Press writers showed me how to write. I learned to work in short bursts, to revise, and that deadlines really are our friends.

Q: What have you learned from writing these books about Detroit and Michigan?
A: Detroiters and Michiganders are a breed apart. We are loyal and proud. We make things work. The way we treat each other is what makes these peninsulas pleasant. When life gives us lemons, we make lemon pop.

Q: Why Faygo?
A: I grew up with Faygo and its wonderful TV commercials and the “Remember When You Were a Kid” song of the 1960s. What great campaigns! I love that Detroiters identify with Faygo in ways that outsiders just don’t get. I love it when they get mad because we insist on saying “pop.” Let them get mad. It’s a special thing like a secret handshake or a knowing nod. I want The Faygo Book to make people remember and to feel proud of a family and company that chose a neighborhood in Detroit and have been making something special there since 1907. That’s a long time.

Q: What was your favorite part of writing the Faygo book?
A: It’s always this way for me: The people and their stories. Susie Feigenson, the granddaughter of co-founder Ben Feigenson, made this book come to life. Without her, it would have been impossible. She told me about her family’s values and trials. There are so many Faygo stories, many of them forgotten. The exploding pop. Henry Ford’s dislike of “belly wash.” Jim Henson’s early commercials. Jimmy Hoffa organizing Faygo. The secret incantation for making Rock & Rye. Coleman Young’s taste for Redpop. This is Detroit’s pop culture.

Q: What else do you want people to know about you?
A: I would like people to know that soft drinks make for a hard business. Faygo seems to be all sweetness and bright colors, but it was tough for Faygo to become the last bottler standing in Detroit’s “pop alley” of some 40 brands. Faygo has survived wartime sugar rationing, changing laws about sweeteners, Detroit’s population boom and bust, and it is dealing today with changing tastes. The Feigensons’ biggest test probably was choosing between loyalty and destiny. It had an unexpected resolution. I hope Faygo will be bottled in Detroit for a long time.