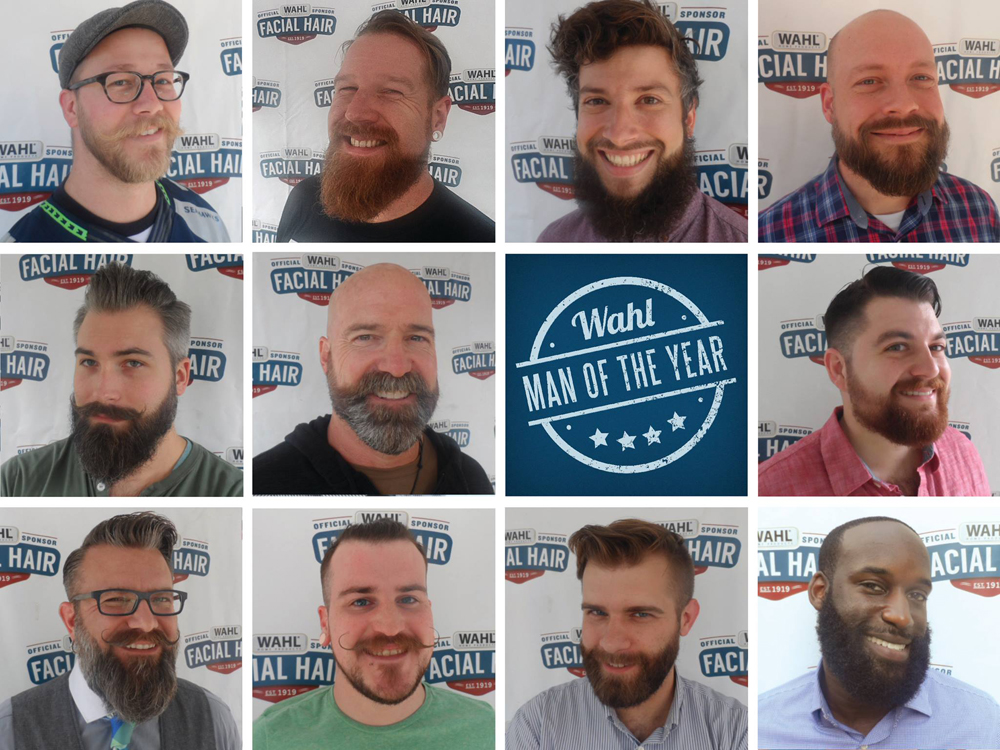 Jason Heien is known among his friends and co-workers for adopting a variety of facial hair styles. He’s sported a fine moustache. He’s a fan of the groomed goatee. But these days, he’s got a beard that’s drawing national attention.

Heien is one of 11 finalists in the “Wahl Man of the Year” contest. Through Dec. 7, people can vote to decide which well-bearded man should receive this title along with several prizes, including a spot in one of Wahl’s national advertisements.

It’s an honor Heien never expected, but it’s one that he actually wants to win. As a bit of a facial-hair expert, he hopes to share his love of the beard, grooming products and his own ideas on the subject with men of all ages and styles. (He’s got a great idea for a new product, but that’s all that can be said at this point.)

Heien is a bit of a Renaissance man, so Detroit should be proud to have him as a contestant. He is a Navy veteran, engineer and graphic designer. He works in downtown Detroit as a software engineer at GalaxE.Solutions inside the One Campus Martius building. One of his main tasks is creating internal team websites for Quicken.

Born and raised in Farmington, Heien left the state when he joined the Navy. He served for almost eight years, earning a reputation on ship for cutting his own hair and that of others when asked. At the end of his service, Heien said he chose to move back to the Mitten State and look for work. He spent some time as an illustrator at Warren’s United States Army Tank-automotive and Armaments Command (TACOM) and working for Compuware.

His facial-hair fame began when he heard of an event called the “Circus of Whiskers.” Heien and his wife attended as spectators, but he got pulled into the competition because of his uniquely styled moustache. He ended up taking second prize.

Shortly thereafter, Heien had to wear a beard in part for a Halloween costume. His wife dressed as a siren, and he was Neptune. For that costume, he wore a fake beard but he liked how it looked. His wife did as well.

“When I see pictures of me without a beard, I keep thinking of how my face looked naked,” laughs Heien.

This past year Wahl visited the 10 ‘Most Facial Hair Friendly Cities in America’ with a 30-foot mobile barbershop. Along the 10-city tour, a team of master barbers offered free trims and grooming advice. They were also on the lookout for one guy with great facial hair to be crowned champion of each city. Heien was chosen to represent as Wahl Man of Detroit

All the finalists are currently going face-to-face for the overall Wahl Man of the Year title as voting is taking place on the Wahl Grooming Facebook page until Dec. 7, 2017. Here’s a direct link to the voting page: http://woobox.com/2tnph6

Heien is vying for the grand prize which includes $1,500, a Wahl Trimmer, and he’ll be featured in a national advertisement.

A quarter-century ago, Wahl recognized the need for an easier way to keep facial hair well-groomed and created the men’s trimmer category. The Wahl Groomsman was the world’s first battery-powered facial hair trimmer, and featured the same high-quality, precision blade technology that had defined the brand since it began in 1919. Today, Wahl offers a complete line of facial hair trimmers that features the latest in power and convenience, continuing the company’s legacy of superior trimming innovation.

To vote for the next Wahl Man of the Year visit https://www.facebook.com/wahlgrooming.