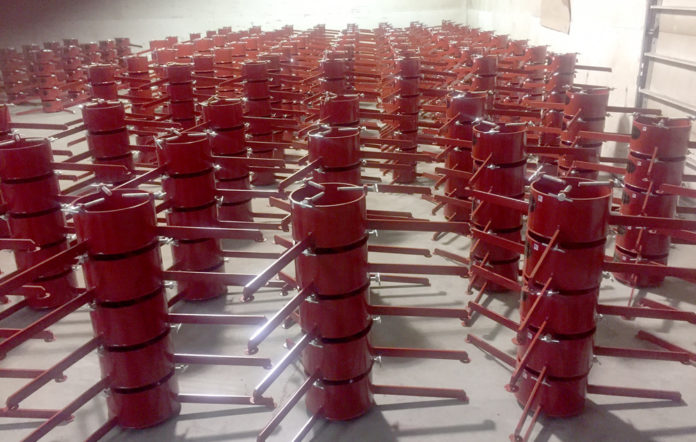 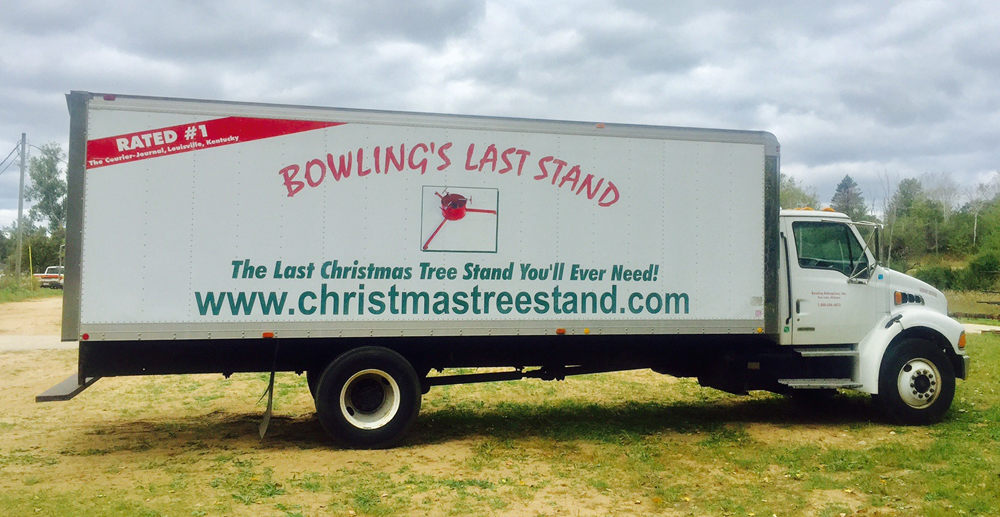 The story behind Bowling’s Last Stand is a classic tale of seeing a need for a better product and deciding to do something about it.

That is exactly what happened about 30 years ago when Floyd Bowling Sr. agreed to his wife’s request to make her a better Christmas tree stand. Bowling Sr. put together one of the heaviest tree stands ever built, his son Floyd Jr. recalls. But it held up that tree and it has held up against the most important test of all: The test of time.

After this first prototype, Floyd Sr. was visiting from his home in Bear Lake a friend who ran a Christmas tree lot in Metro Detroit. He saw his friend selling tree stands and decided he could  improve upon the design for the general public.

“He came back to the shop and said let’s make something better,” Floyd Jr. said of his now deceased father, who was a lifelong farmer and tinkerer.

Using materials they had handy, the Bowlings created a prototype design in a matter of hours. They patented the design soon after, and then took to the streets to market their product. The stand is relatively unchanged today, except for a few minor improvements, and remains a simple, quality piece, which sells itself.

Bowling’s Last Stand has received wide-spread acclaim. A Louisville, Kentucky publication (The Courier Journal), rated the stand #1 in a comparison of eight stands based on factors including functionality, ease factor and aesthetic value. The stands unique T-bolt design, noted as being easier to turn than traditional stand screws, and a self-containing water reservoir are listed as some of its best attributes.

Today, Bowling’s Last Stand bills itself as “the last stand you will ever need!” and “the ultimate ‘Made in Michigan’ tree stand.” It has been in a variety of households, including basketball great Michael Jordan. (Jordan’s trees were so large that the company had to make special stands to accommodate him.) They also made the super-sized tree stand for the Christmas display at Ford Field. 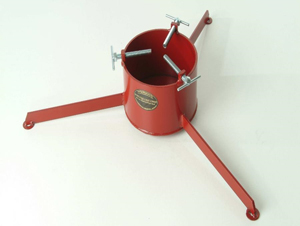 The tree stand, which is a masterpiece of welding and metal, is produced in Bear Lake, Mich., and sold online at www.christmastreestand.com, on websites such as Amazon and at home and garden stores in 29 states. Floyd Jr. directs people to those small mom-and-pop retailers, aware that they are the ones who helped build the clientele for Bowling’s Last Stand.

Floyd Jr., who does most of the marketing these days, remembers driving from store to store to sell the tree stand with his dad. He believes its quality construction – there’s no plastic at all – is what makes it such a unique product.

“When you use our tree stand, you know that tree’s not coming down until you want it come down,” said Floyd Jr. “Think of it this way: It saves you money not only from buying other stands but protecting those precious, expensive ornaments that you can’t easily replace.”

Bowling’s Last Stand is available in a variety of sizes and has been purchased by customers from Los Angeles to Boston, by trophy-tree-loving celebrities and by event sites seeking a solution to standing trees as tall as 60 feet. Prices start around $100 and go up to $800 with shipping and handling.