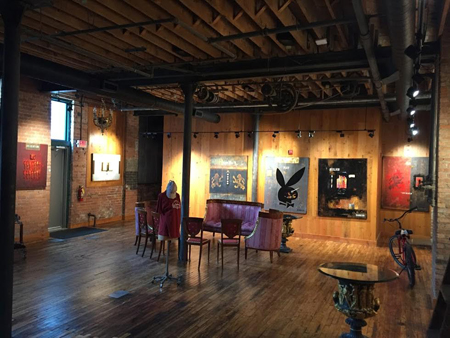 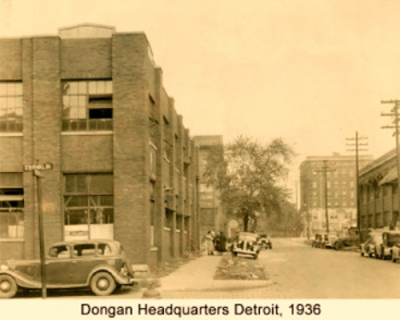 Contrary to popular belief, not every building in Detroit was abandoned. Some were lovingly used for generations, moving products and people forward.

That is the case with the Dongan Building, located at 2987 Franklin Street, just blocks from the Detroit River and right off of Jefferson Avenue near downtown.

Hans Hanson is the current owner of the building, which he has rehabbed from top to bottom. Although Hanson will admit: It didn’t need as much work as some of its neighbors. It was a building that was cared for and attended to appropriately.

Hanson – who is opening a galleri (Swedish for “gallery”) this weekend in the Dongan – also owns CAM, which private labels all the food for Rachel Ray and beans for Whole Foods. He also is the North American Distributor of Falksalt, a salt used by chefs all around the world. 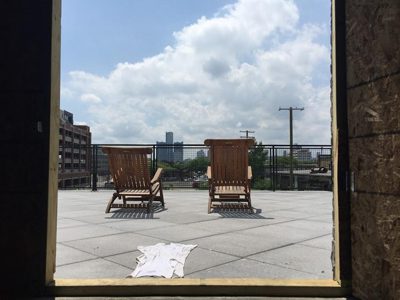 In addition to its longtime tenant Detroit Denim, CAM and the new galleri, Hanson is building six new lofts being on the building’s second and soon, third floors, with amazing views of Detroit’s iconic Renaissance Center. It is a project that shows just how Detroit’s many manufacturing facilities can be refurbished to great success.

As the home of the Dongan Electric Manufacturing Company in 1911, this space was once a factory manufacturing electrical transformers. Evidence of the building’s history can be seen throughout. Some of the original components of the manufacturing process were strategically left intact, making for an interesting juxtaposition of past and present. The Galleri’s main room is a 30′ x 40′ open area, hosting 16 hanging works from Thomas Muller. 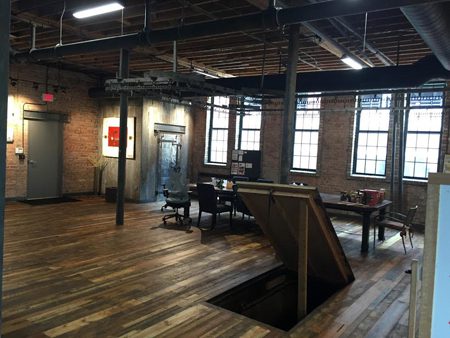 Built in 1905, The Dongan Building was used by the Dongan family to manufacturing military parts for World War II, on behalf of the Dongan Electric Company from 1905-2013. The second half of the building (McDougall side) was added around 1925.

The building was used primarily as a manufacturing facility for electrical products, specifically electric transformers. The building’s second floor was used a secure location, one of the most secure in the City of Detroit at the time, to manufacture transformers for the U.S. Navy during World War II. Only those with top-level security clearance were allowed to access the buildings second floor. 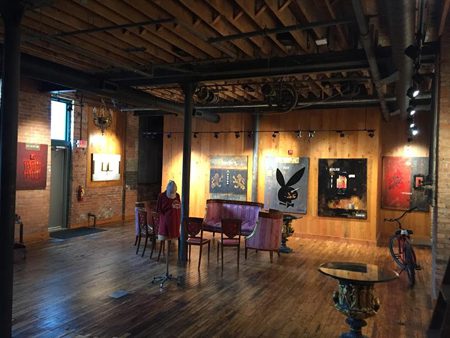 Track where the transformers were hung for drying after they were painted. The other track system, including the crane and hook in CAM’s office, were used to take the finished transformers out of the building and onto trucks.

Throughout CAM’s Office Suite, you will find pieces of the equipment used to manufacturer the transformers. In fact, all of the pieces were saved and now hang as historical “art”. The staircase on the Franklin side was relocated during the restoration. It was originally used to be on the other side of the wall, leading into what is now CAM’s corporate office.

There also are also plans to add a restaurant, a speakeasy and a market for neighbors to purchase specialty items.