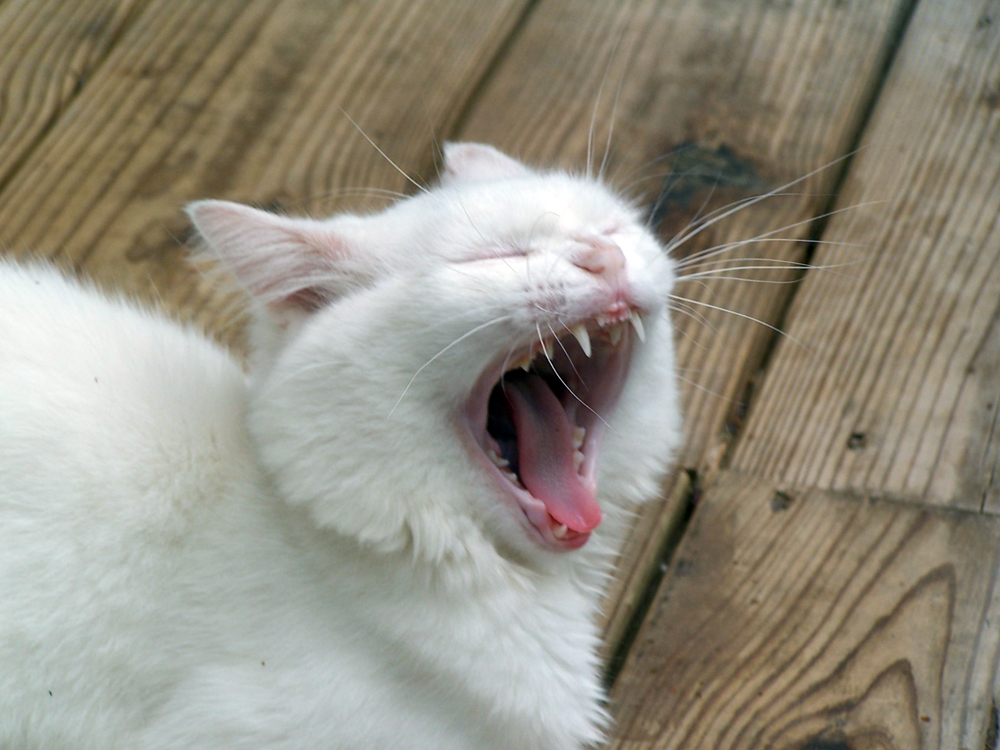 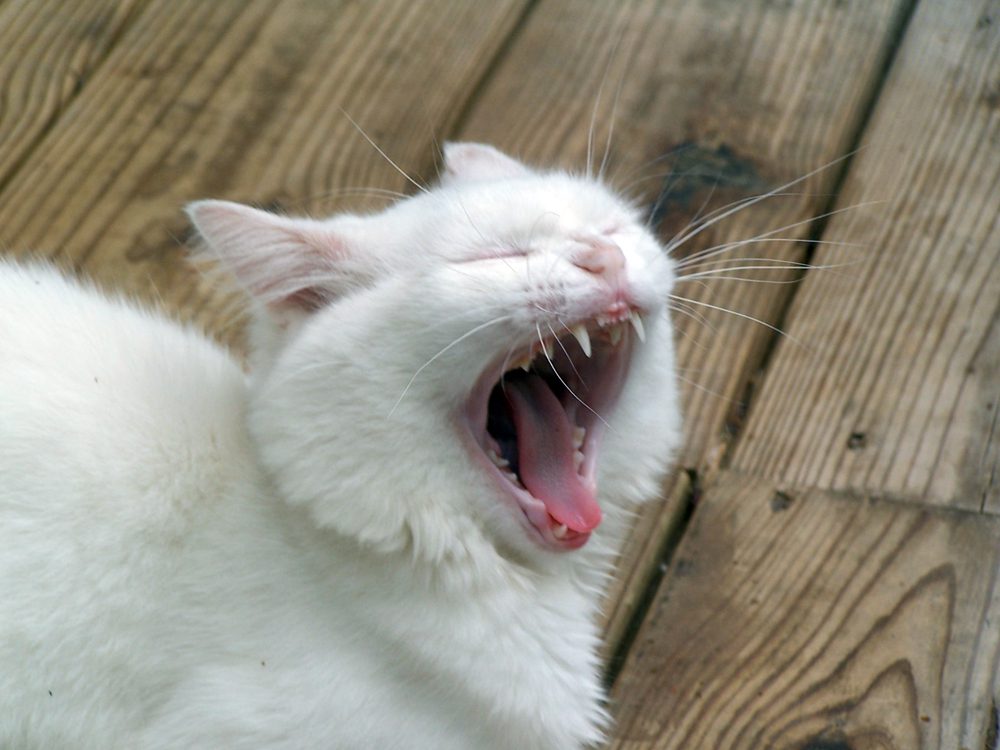 One of our cats recently needed a course of antibiotics. Now, this particular cat is quite large, but also very sweet and has a purr that would put a motorboat to shame. Giving her pills is really a very simple task: pop the pill in her mouth, give her a treat, and we’re done. She never runs away, never puts up a fight, just gives me a dirty look and then gobbles up the treat. Thus it was that when we realized that we’d be out of town for a few days during the cat’s course of antibiotics, we didn’t think it would be all that big of a deal to have a friend come in and give the cat her pill.

As it turned out, the cat had a different opinion about this. The first night we were gone, we were treated to a series of text messages detailing the ongoing adventures of the friend who had come by to pill the cat. Apparently our sweet lump of a cat had transformed into Demon Kitty. She was loudly expressing her opinion, while ducking under pieces of furniture and also demonstrating her willingness to remove any human limb that happened to come in after her. At the first opportunity, she dodged past our friend and disappeared.

She did not get her pill that night. On the other hand, our friend was intact.

The next morning went somewhat better. Eventually, the cat did agree to eat the pill. The basic problem was that the cat didn’t really know the friend who came over, but once she came by the house a couple of times, the cat began to accept her. At that point, there was a relationship and the cat was willing to submit to being pilled. Cats don’t like people they don’t know sticking things down their throats or doing other unpleasant things to them. They don’t necessarily like it when someone they do know is doing it, but at least they are more likely to tolerate it.

Cats are suspicious of people they don’t know. They approach carefully, if at all. They want to take their time getting to know the person before they will tolerate much, if any, contact. Although we are less likely to hide under chairs hissing and spitting, people are surprisingly similar to cats. We are also suspicious of people we don’t know, although we do a better job of hiding it than a cat might. I’m not sure whether this says something profound about people or cats!

Like cats, we have a variety of social rituals and behaviors that we use when we meet someone new. These behaviors are the moral equivalent of cats sniffing at each other and checking each other out. These behaviors become increasingly important when a team is coming together, when a new leader is assigned to a team, or when a new person joins an existing team. In each of these cases, different members of the group need to build relationships with each other.

At first, those relationships are professional: distant, polite, and, above all, superficial. No one is quite sure of where they stand or what behavior is appropriate. What will offend someone else? What will embarrass us or another person? Which behaviors will help us gain status and acceptance, and which behaviors might get us thrown out of the group? Push people too hard at that point and the reaction can be quite strong. Think about groups you’ve been in: how often did you find yourself agreeing with an idea or a suggestion because you assumed that other people knew better or because you didn’t want to upset anyone? How often did what seemed like a simple suggestion or off-hand comment provoke an unexpectedly angry or intense response? Conversely, think about who has the right to criticize you: people whom you know well, or people whom you don’t? Superficial relationships produce lower quality work.

It takes time for those relationships to move from keeping people at a safe distance to actually engaging with the other person at a deeper, more productive level. It’s easy to say that in the office we need to focus on the issues, not the person, but it’s hard to do. The less we feel we have good relationships with our colleagues, the more we’re likely to feel that they are trying to shove something down our throat. It’s only after we’ve been working with them for a few months that we might really start to develop a sense of trust and comfort. That’s assuming, of course, that the process is handled correctly. Try to rush it, and it only takes longer. That sense of trust and comfort is vital, though, for actually doing high quality work.

As with cats, we have to take it slowly. Everyone involved has to recognize that mistakes will happen. So long as you don’t take anyone’s head off, it is the process of making mistakes and recovering from them that actually builds the relationship. Of course, sometimes it doesn’t work. Sometimes the cat runs and hides. Sometimes the relationship gets destroyed and people flee the team or the company. But the only way to achieve high quality relationships, and do high quality work as a team, is to take the risk of being scratched.