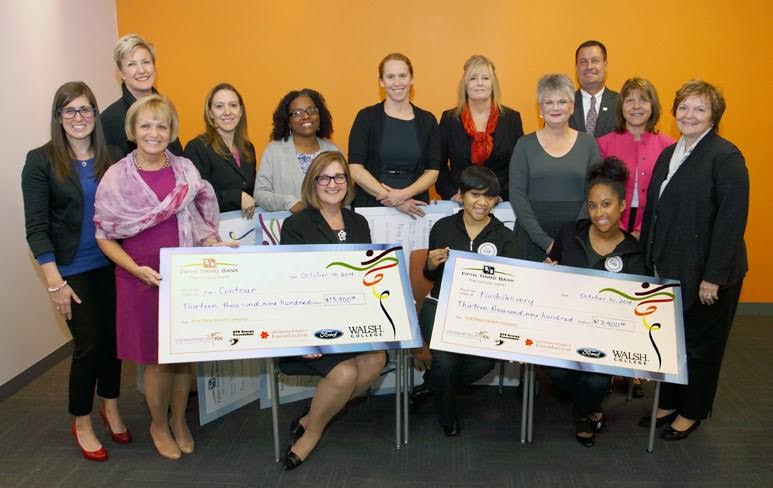 Feeling like you’ve got a mid-year slump and could use a pick-me-up project that also involves new financing? Then the Entrepreneur You Business Plan and Pitch Competition, an annual contest for Michigan-based female entrepreneurs is for you. Presented by Michigan Women’s Foundation (MWF), the Entrepreneur You Business Plan and Pitch Competition is currently accepting applications. Applicants must be from either the Grand Rapids or SE Michigan areas. Michigan-based businesses that are woman-owned (at least 51 percent) and/or woman-led (primary decision maker, e.g. CEO) at any stage of business in any industry are welcomed to apply.

Interested applicants must submit a two-page concept paper for consideration, to be reviewed by a panel of business and industry professionals and accomplished entrepreneurs.  From there, 20 finalists will be selected and matched with coaches who will help them hone their business plan and pitching skills.

For the first time, finalists this year will participate in “Dolphin Tank” (a kinder, gentler version of the hit television show, “Shark Tank”), to practice their pitches before the final Entrepreneur You competitions. Winners will be selected by a panel of judges for the quality of their business plans and pitches.

Important dates to remember start with July 13. The deadline for completed applications and concept papers is 5 p.m. that day. Finalists will be announced Aug. 7 and 10. Dolphin Tank sessions will take place Sept. 24 and 25. The official competition is Oct. 9 in Southeast Michigan; it is Oct. 16 in West Michigan.

The program is presented by MWF, in alignment with its mission of advancing the economic, professional and social well-being of women and girls in our state.  A 501(c)(3) organization, MWF has been devoted to achieving social and economic equality for women and girls in Michigan for 29 years. MWF is supported financially and programmatically by many of the state’s top female executives and community volunteers through events like its annual Women of Achievement and Courage Awards and Power of 100 Women donor group.

Also, if you haven’t already, entrepreneurs have a little less than one month to enter the Comerica Hatch Detroit Contest for their chance at $50,000 in start-up funds as well as a package of services including accounting, legal and public relations. All entries must be submitted by 11:59 p.m. July 24.

New this year, Opportunity Detroit has joined as the contest’s presenting sponsor. Since its inception in 2011, Hatch Detroit has experienced overwhelming success in championing entrepreneurship and small business throughout Detroit.

The inaugural contest garnered hundreds of Detroit retail business ideas and ignited tremendous community support for the finalists, culminating in thousands of public votes cast for first-year winner Hugh, a home furnishings shop for the stylish bachelor that opened its doors in 2012.