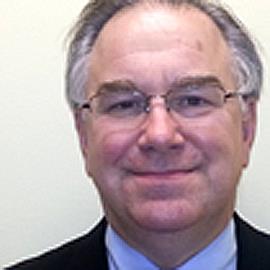 Coffee pots are filled daily across America to perk up tired employees. The answer to improving work performance might not come from a caffeine fix, but diagnosing and treating an all too common condition called obstructive sleep apnea (OSA). The syndrome, characterized by loud, nightly snoring, causes disruption of sleep when the obstruction in the airway progresses from loud snoring to choking, gasping and the cessation of airflow (apnea) terminated by an arousal from sleep.

Since its initial recognition in the late 1970s, understanding the syndrome has grown from simply a sleep disorder causing daytime sleepiness to a serious medical disorder leading to premature death and disability. Untreated OSA leads to high blood pressure, stroke, heart attacks, cardiac arrhythmias, weight gain, diabetes, peripheral vascular disease, premature death and even an increased risk of cancer! The lack of restorative sleep leads to decreased mental acuity, memory impairment, and psychological problems such as depression. The prevalence of the disorder in the adult population is up to 16 percent with millions remaining undiagnosed. It is estimated that up to 80 percent of those afflicted are undiagnosed. Awareness of the disorder by patients, their families, health care providers and increasingly employers is the only way this public health problem can be addressed.

Technologic advances since the early 1980s have been a major driving force in moving this disorder from medical rarity treated by surgical tracheotomy to a common problem treated by non-invasive medical devices. The introduction of CPAP (continuous positive airway pressure) via a mask over the nose in 1981 has given millions the benefit of a non-invasive effective therapy. The advances in CPAP therapy since then have allowed sleep professionals to have higher success rates with therapy and now track their patients’ treatment via wireless technology. The sleep center provides high level specialty care but the lack of capacity and high cost of care of performing in facility sleep studies has resulted in a barrier to access which has contributed to the under-diagnosis of this syndrome. Home sleep testing (HST), which allows the patient to sleep with a recording device, was introduced in the late 1980s but is only lately becoming mainstream. Several large scale randomized controlled trials have been published in the last five years proving that HST is equivalent to and perhaps better than the in-sleep-center model. HST offers improved access to care at lower cost and when coupled with wireless data transmission technology, results can be acted upon within hours of completing the test.

Employers are becoming increasingly interested in OSA as a significant variable in the health and welfare of their employed and dependent populations. The first companies to proactively engage were several large, national trucking firms. The liability of drivers impaired by OSA was a concern that led several to test their drivers for OSA and initiate corporate sponsored treatment programs prior to any federal mandate by the Department of Transportation. The studies showed a high prevalence of OSA (up to 28 percent) in this population and high success rates with therapy with up to 80 percent adherence to therapy when good corporate sponsored treatment programs were initiated. The companies, motivated by a concern over liability claims exposure, were surprised to reap an unexpected dividend: Each treated driver consumed $2000 less in medical costs in the first year of treatment. This finding was consistent in three different transportation studies and included the costs of diagnosing and treatment in year one. The return on investment for these corporations was even greater as liability claims, days of disability and absenteeism all diminished. Research has shown that reductions in employee health dollar expenditures are predictive of savings in absenteeism, presenteeism and productivity, allowing employers to see an almost immediate positive impact. It has been shown that for each dollar of medical fund savings an additional 2.5 to 5 dollars is saved in worker productivity.

Obstructive sleep apnea is costing employers’ bottom lines with increased health care utilization, and decreased efficiency. Corporate wellness programs would be wise to initiate OSA awareness as part of annual campaigns. Employees should be aware that technologic advances in treatment, home sleep testing, and increased acceptance by society make treatment of OSA common place and user friendly. Workers and their families who are diagnosed and satisfactorily treated for OSA can look forward to happier, healthier and more productive lives.