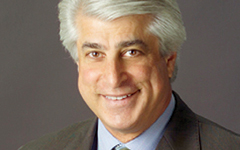 Have you ever wondered how succession looks through the eyes of the successor – or successors? Plenty has been written about “how to” for the exiting seniors, but little has been said about how this looks and feels from the next generation in a family enterprise.

Recently I met with a long standing client about ownership and management transfer to a third generation (G3). I was struck about how little the 30-something successor knew about the infrastructure of the business. She had just begun to visit the monthly financial statements and admittedly knew little about their meaning or development beyond the obvious. She was even more lost with a balance sheet and cash flow statement. Her father had started meetings with corporate counsel and their CPA to design a succession plan.

Our meeting centered on funding for the eventual buyout of the seniors and handcuffing current management until the successor was more prepared to become the CEO.

Background
The daughter has been employed by the business since graduating from college with a business degree. She is bright and a hard worker who has held various sales and operational positions during her seven-year tenure. Her three siblings had been through the business at various stages and have left for a variety of reasons – they are not being considered for future employment or ownership. Her mother runs a division of the company that was originally a separate business (that she started) and merged with the flagship company about 10 years ago. Mom comes to work daily (with Dad) running her division, but is not involved in management otherwise.

The business has been largely successful. Mom and Dad have accumulated significant wealth and expect to “retire” in two years. Dad will remain chairman of the board until enough stock has transferred to make him a minority shareholder – and that will take several years. He expects to be paid a discounted value for his stock over time by a combination of stock purchase, deferred compensation and a consulting agreement. The seniors want to “walk away” from the day-to-day operation.

The plan seems realistic and plausible.

The Current Situation
As we discussed the plan, I noticed the successor’s attention fade and her father’s tone become annoyed. He took a bathroom break, and she said, “I have no idea how I am supposed to pay for all this. All I have is the equity in my house and the money in my 401(k). I’ve lived paycheck-to-paycheck since my divorce. How does he expect me to buy him out…with that?” She then left the room about to burst into tears.

Her Father returned and asked her whereabouts. I said she needed a break. He said, “That’s typical…she probably won’t return.” She did return with glassy eyes and a distant stare. Shortly, we went to lunch and discussed current events avoiding the issues.

Sidebar
Dad is extremely proud of his daughter and wants her to become the sole owner of “his” business. He intends to decrease his current income to make this all happen. He has utmost faith in her ability and work ethic. He expects her to take the business to new heights, just like he did, and pass his legacy down to his future grandchildren.

She loves her father dearly and only wants to please him. She always wanted to work for the company and hopes to own it – although she expected to have her sibs as partners and is concerned how that will play out. The prospect of sole ownership is scary to her as she recognizes that she has much to learn.

Probable Outcome(s)
This will most likely all work out because hearts are in the right place and the money is present. But, it won’t be without heartbreak and relationships being challenged. How will the other siblings react? What about Mom – especially if Dad should die before the deal is complete? Mom has been left out of any discussions.

Our successor is about to enter into the most important business deal of her life for which she is ill prepared. She is expected to follow blindly the course her beloved father has laid out without any input or question. If she does that, she is seen as immature (at least in a business sense) and weak. If she questions (or hires her own counsel), she is seen as ungrateful and insubordinate.

Everyone wants this book to have a happy ending, but they are all writing their own chapters without any collaboration.

Best Practices
Here are a few best practices that could mitigate an oncoming conflict:

It is always best to use your team of professionals in a collaborative process to put the plan together. You will find it most helpful to bring in an outside professional that specializes in succession to quarterback that team.