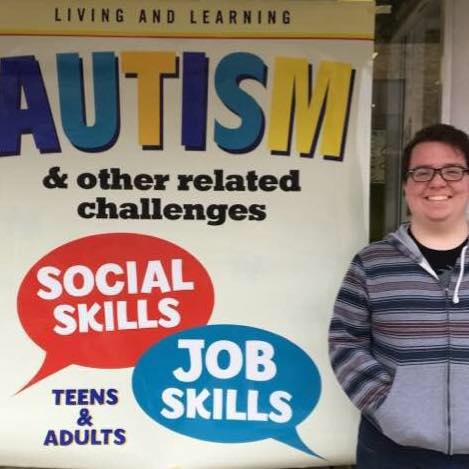 When she was a special-education teacher, Rachelle Vartanian worked with students of all ages to see that they received the attention and education they needed to be successful. It was their right, she believed.

Fast forward to when Vartanian had her second son, Anthony. The mother of two quickly realized he also would need additional attention in terms of his medical and educational needs. Anthony, who is now 18, was diagnosed as having Autism.

Rather than wait for help, Vartanian took action. She went back to school and got another degree, specializing in autism. She took an early buyout from her school system and invested everything she had into the Living and Learning Enrichment Center, a program she now runs as a non-profit organization in Northville.

Today, the organization helps more than 70 clients weekly and could serve more if they had more room, Vartanian says. The staff works with people with autism, attention deficit disorder, anxiety, closed head injuries and more. They attend art classes, play music, watch movies, join clubs and have weekend “hangouts,” where teen mentors help their peers learn social skills and so much more.

It started small – originally, Vartanian had a group of parents meeting weekly at her local library. But she has knowledge grew and her involvement in the autism community spread, she knew she had to expand. The result is a full program of activities, clubs and hangouts aimed at teens and adults with autism, all organized inside a Victorian home that serves as the Center’s base.

Now, Vartanian is hoping to grow again. She’s got her eye on a nearby piece of real estate that would make for a perfect campus. Her goal is to create a workforce development program, skills center and working farm along with a retail store where people with autism can enhance their social and job skills at the same time.

“We have so many people who need assistance with social and job skills,” Vartanian said. “We can help them.”

Ultimately, Vartanian sees the non-profit Living and Learning Enrichment Center becoming a model for other communities. Her long-term goal is to have similar centers in other cities, especially around Metro Detroit. She woud like to partner with companies and employers who want to share their skilled workers as volunteers or want to hire people with disabilities.

It’s a long way from her classroom, but Vartanian knows the need is there based on her work at the Center for these past four years. She believes Northville is just the starting point and that there is room for other programs – she just needs the help to get it started.

To volunteer or donate to the Living and Learning Enrichment Center, go here.