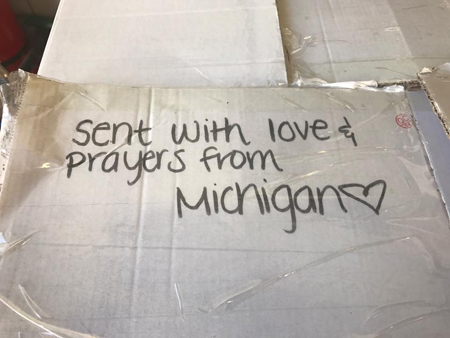 Michigan companies of all sizes and kinds are stepping up to help people in Texas, Florida and all states in between as they clean up and recover from hurricanes Harvey and Irma and the weather-related damage, showing how Mitten-based businesses care for those are affected.

There are first responders and emergency workers, like those from DTE Energy that headed south to help restore power. There are companies adding employees and services from cleanup to damage restoration to supply restocking. And there are many others that are raising funds for the non-profit organizations including the American Red Cross that handle disaster relief.

Altogether, businesses, company leadership, and workers on the ground are doing what is necessary to get residents affected by two of the largest storms in recent history. Sherrie Handrinos got active right away – she is the owner of Boost 1 Marketing, and she been working in Detroit and Houston for the past four years. Hurricane Harvey stranded her in Houston, so she witnessed the devastation from the storm and the immediate needs of Houston residents. 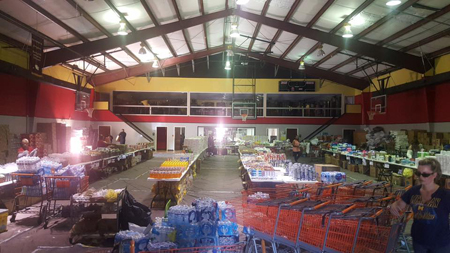 Sherrie Handrinos got active right away – she is the owner of Boost 1 Marketing, and she been working in Detroit and Houston for the past four years. Hurricane Harvey stranded her in Houston, so she witnessed the devastation from the storm and the immediate needs of Houston residents.

She launched #DetroitToHouston, a fund-raising campaign online, and an in-person donation campaign with her clients, family and friends. So far, Handrinos has raised more than $6,500 and successfully brought hundreds of dollars’ worth of donations to Houston – that includes everything from clothing to personal supplies to diapers. Handrinos estimates more than 230 families were touched by these donations, which keep coming.

“#Detroit2Houston has been amazing, exhausting (and) emotional, but worth it,” Handrinos said via Facebook. “So far we’ve had two truckloads dropped in Kingwood, one in Downtown Houston at Twin Peaks Kirby/Paul’s kitchen that also got a double loaded truck, another to Beaumont then another to Corpus Christi. The ROCK was today and then one more truck coming in tomorrow to another relief station! … This has been a truly amazing thing and I’m officially TIRED!” 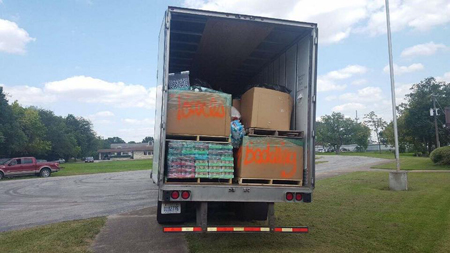 Fund-raising campaigns seem to be the main way Michigan companies are getting involved in relief efforts. There are a variety of creative ways companies are appealing to their customers to join in. For example, AMF bowling centers, which has the Rose Bowl Lanes in Roseville, is matching every donation made at its bowling center to the American Red Cross up to $50,000. Other national retailers with local ties such as Macy’s also are helping with hurricane donations through their stores and websites.

Then there’s Dearborn-based Carhartt. The work-wear company is partnering with charities and hosting a nationwide clothing drive to collect donations for victims of Hurricane Harvey. Carhartt has teamed up with One Warm Coat, an organization that provides clothing to the needy for free. Customer donations, as well as Carhartt products, will be delivered to victims, the company said. Locally, donations should be dropped off at its Detroit store near Wayne State University.

“I speak for everyone at Carhartt when I say our sincere thoughts are with the hardworking people of Texas and Louisiana as they continue to battle severe weather and historic flooding,” Mark Valade, chairman and CEO of Carhartt, said in a statement. “It’s difficult to comprehend the scope of this disaster, which is why Carhartt is offering support in the ongoing response, relief and recovery efforts.”

Flagstar Strand Theatre in Downtown Pontiac is working to raise funds to assist in the hurricane relief efforts. The theater will donate a portion of every ticket sold from certain shows in October and November to the American Red Cross and MusiCares. The Downtown Pontiac theater – run by non-profit Encore Performing Arts Center – said it wanted to help hurricane victims and families in need.

“As we see the devastation happening, we knew we wanted to do something to help those affected to rebuild their cities,” said Flagstar Strand Theatre owner Kyle Westberg. “We chose the American Red Cross because they have a strong presence in the devastated areas. The theater is also concerned about the recovery efforts for musicians and artists that were greatly affected. We have decided to donate a portion of our ticket sales to the Grammy Awards nonprofit MusiCares. MusiCares is already assisting the gifted artists so they can get back to performing and entertaining their fans. We are excited to have our local community come out and help us support these two great organizations.”