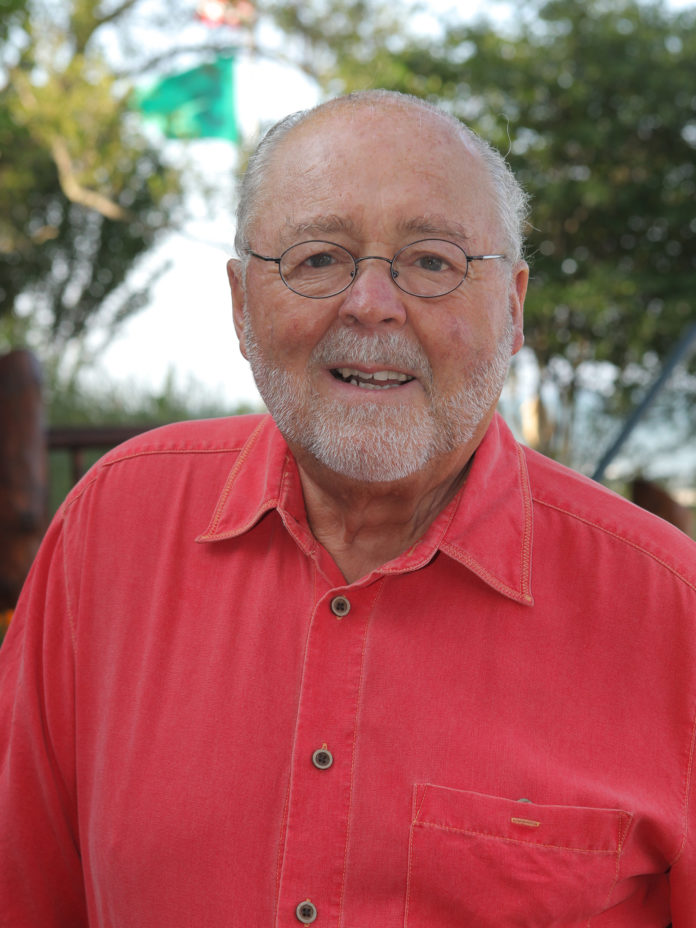 Birgit Klohs remembers being in the ambassadorial residence of Peter Secchia in Rome when he was the U.S. Ambassador to Italy, and finding a “beautiful throw” in the middle of her room.

In the center of the throw was an homage to the city of Grand Rapids, Mich., as the “center of the universe.” And Klohs, the president and CEO of Grand Rapids-based economic consultant The Right Place, said that was typical of Secchia’s love for the city.

“He had an incredible impact as a business leader, a community leader, a philanthropist,” said Klohs, who has known Secchia for more than 30 years. “But his biggest impact was as a huge, huge booster of Grand Rapids. We’ve lost a giant, an icon. It’s a sad day.”

Secchia, whose life and career also included stints in the U.S. Marines, a great love for his alma mater, Michigan State University, and huge political influence in GOP politics in the state, died Wednesday at the age of 83.

According to multiple media reports, Secchia died at his home, surrounded by his family. He had reportedly been dealing with health problems for some time, and recently had contracted COVID-19, for which he was receiving treatment at home.

He is survived by his wife, Joan, to whom he’d been married for 56 years.

“Throughout his life, (Secchia) was firmly committed to his family, his business, his community and his country,” she said in a statement. “His presence in all will be missed.”

Secchia was born in New Jersey in 1937. He served in the Marines in the 1950s before settling in Michigan. He earned his bachelor’s degree from MSU. Peter and Joan would years later donate millions of dollars to move MSU’s School of Human Medicine to Grand Rapids to become part of The Medical Mile.

After Secchia’s move to Grand Rapids, he went to work as a salesman for Universal Forest Products Inc. in 1962. At the time, it was a small lumber and construction company that had about $1 million in annual sales. When he retired in 2002, annual sales had climbed to $1.6 billion, according to the Holland Sentinel.

As his business grew, Secchia jumped into politics. He was vice chair of the Republican National Committee and was appointed by President George H.W. Bush as ambassador to Italy in 1989, a post he held for four years.

He continued to have a huge impact on Grand Rapids. Secchia became involved in Grand Action, the group that led the effort to revitalize downtown with Van Andel Arena, DeVos Place and the Downtown Market, according to the Sentinel.

While his donations to MSU and his other philanthropic endeavors drew a lot of attention, Carole Valade, former editor/associate publisher of Gemini Publications, which included the Grand Rapids Business Journal, said the things he did more privately were equally impactful.

“His influence has been vast, from UFP to hundreds of small businesses and enormous philanthropical donations, some not ever even publicized,” Valade said. “Peter’s mark was always a happy – or frowny – face on everything he mailed or emailed. Every time he called me, he’d ask for ‘Carolina’ instead of ‘Carole.” He didn’t even say who he was. He’d just launch into an Italian opera.”

The statement from Joan Secchia said that because of the coronavirus pandemic, funeral services for her husband will be private. She asked that any memorial contributions be directed to Kent County Parks Foundation – Millennium Park, the Michigan State University Grand Rapids Research Center or the Peter F. Secchia Endowed Scholarship at the Michigan State University College of Human Medicine.