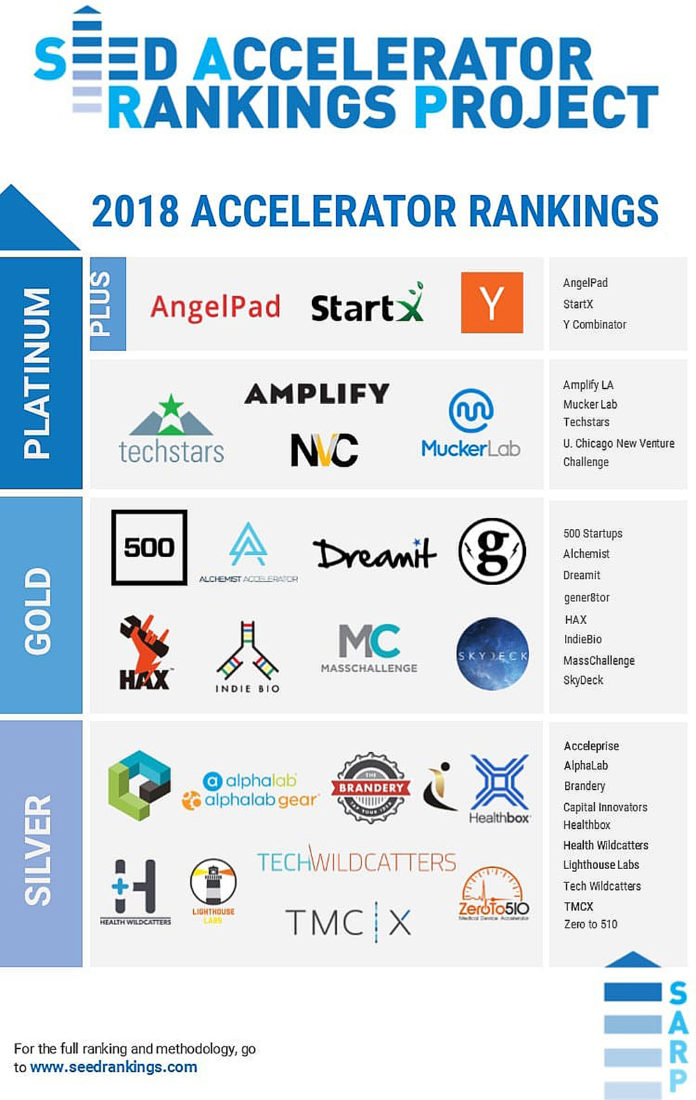 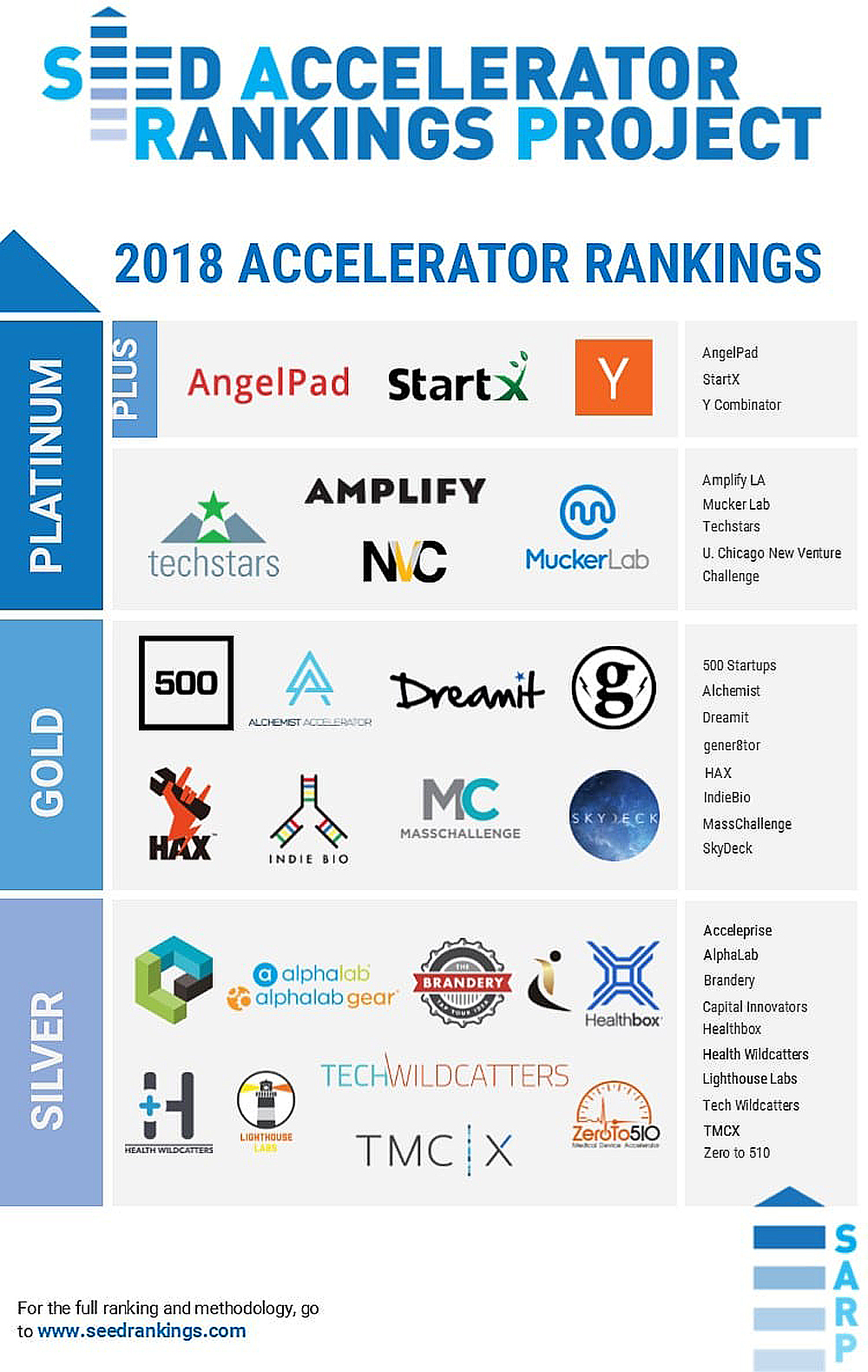 The accelerators who earned “Platinum Plus” spots in the 2018 rankings of the Seed Accelerator Rankings Project include:

The Seed Accelerator Rankings Project, now in its eighth year, aims to solve a puzzle for entrepreneurs and accelerator programs: finding reliable data about how effective their efforts are in meeting their mission.

Running the rankings project are entrepreneurship and management experts from Rice University, the Massachusetts Institute of Technology (MIT) and the University of Georgia. They include:

• Yael Hochberg, an entrepreneurship professor at Rice University’s Jones Graduate School of Business who is also a researcher with MIT’s Innovation Initiative Lab for Innovation Science;

• Susan Cohen, an assistant professor of management at the University of Georgia’s Terry College of Business; and

• Dan Fehder, an assistant professor of management and organization at the University of Southern California’s Marshall School of Business.

Hochberg and Fehder also have research affiliations with the MIT Innovation Initiative.

“Our goal is to provide reliable information to entrepreneurs about the relative performance of accelerator programs,” said Hochberg. “All of the spotlighted programs stand out from this pack, but it’s important for entrepreneurs to do their own due diligence as finding a strong fit is essential.”

A set of rigorous benchmarking tools used by the Seed Accelerator Rankings Project is said to help entrepreneurs make a critically important decision for their startups.

Rankings are based on detailed confidential data on portfolio outcomes. The research team has, to date, surveyed more than 1,000 graduates of the various programs.

Accelerator programs must have graduated at least one group of startups with at least 10 graduates to be invited to the ranking project.

Ranked as Silver this year were:

Details on the methodology used in the rankings project are available at seedrankings.com