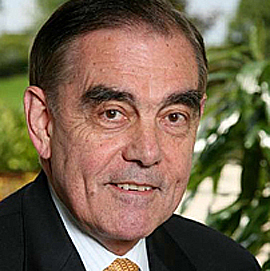 Several years ago, I made a presentation to a Dallas Rotary Club on the subject of “To Serve or Not to Serve on the Board of Directors” as the president of the club had initially contacted me indicating he was interested in getting on a public or private board. The individual was a president of the international business of a Fortune 500 company, and felt that in his final career move serving on a board was what he wanted to do, as he was soon to be stepping down from his current role. He asked if I could help him getting on such a board and as we talked and he learned more about the process a search professional goes through when retained to do a board search, he felt I would make a good speaker to his Rotary Club as many of the members were senior executives of corporations.

The subject chosen was intentional as many people I have talked with over the years underestimate the time commitment and responsibility, as well as potential liability they may incur, if they accept such a role. Over the past several years, the enormity of serving on a board has continued to increase, yet it also can be a very intellectually challenging and rewarding role, if the person fully understands what will be expected of her (I shall discuss the diversity angle later in this article) or him.

As search professionals, we are often contacted by people interested in serving as a member on a Board of Directors, and in most instances they have done little or no research on what is expected of a board member or how best to prepare and make themselves a potentially strong candidate for serious consideration. I would also add there are times we are contacted by someone who already serves on a board and wants to be considered for additional board opportunities. When that occurs, one of my first questions is, “why?” and the second is, “on how many boards they may currently be serving?” One such person with whom I recently asked the question indicated he was on four boards, two publicly-held and two private companies, and I simply indicated I thought that was probably all he should consider, as he would most likely have scheduling issues if he were to serve on an additional board, as well as not being able to prepare in advance for fully performing his duties in the manner expected.

As I am always looking for potential board members who I believe could be good potential candidates on future board search assignments, one way in which I surface such candidates is asking senior level candidates I am in contact with for president, CEO, COO, CFO and general counsel assignments, who on their boards do they consider the best board members. As I also do a great deal of diversity recruiting at the senior executive and board level, I ask the candidates, if I know their board does have one or more diversity candidates, how they consider them in fully performing their responsibilities. One of the reasons I do this, is that I have learned some diversity candidates serve on multiple boards and in many instances, the response I get back regarding their performance is something like, “she/he is the least well-prepared based on the number of boards on which they serve.” Thus, I am always trying to identify outstanding senior level diversity candidates who may not currently serve on a for-profit board of directors.

At the same time, I suggest to them ways in which they may raise their level of recognition with current board members who could be able to recommend them as potential candidates for board positions they know are currently open. I also recommend to diversity candidates who want to serve on boards that a good way to get known is to seek out a high profile, not-for-profit board, as most NFPs want to have senior executives of for-profit companies and strong diversity representation on their boards. Thus, when they serve on such a board, it is quite possible they will serve with senior executives of other companies, and will be able to let it be known they would be very interested in being recommended for a public or private for-profit board.

Regarding the additional importance of diversity representation on a board, the Harvard Business Review recently published an article: “Defend Your Research: What Makes a Team Smarter? More Women.”

I would predict the same result, if the research done had evaluated “all white male boards” vs. boards that are diverse due to minority representation being on the board. Additionally, we all know people are reaching higher positions sooner in their careers than has been the case in the past. Therefore, it will also be the responsibility of search professionals to look for and identify younger potential board members who will be able to provide boards the importance of social media and technology necessary to keep a company current in its advertising and communications with current and potential customers, as well as investors.

Some search professionals may take the easy route in doing board search assignments for their clients and only try to identify and surface individuals who already serve on a board. (I would profess getting to speak with a potential board candidate is often times easier than trying to surface a senior level executive, because when one makes contact with the individual’s assistant, one does not have to be vague in the reason for the call.) Therefore, getting through to the intended individual, one can state the reason for the call is for a board position and the assistant will be much more inclined to convey the message and the prospective candidate/executive will agree to a conversation.

Thus, I strongly believe that due to the increased responsibility and time commitment being made of board members today, it will by necessity require that a search professional spend time in surfacing perhaps untested, but outstanding individuals, including diversity candidates to serve on boards of the future.

David Love is global practice leader for Consumer Products and Services at Stanton Chase International, Atlanta. Stanton Chase, a retained executive search firm, has 70 offices worldwide. He can be reached at www.stantonchase.com or [email protected].