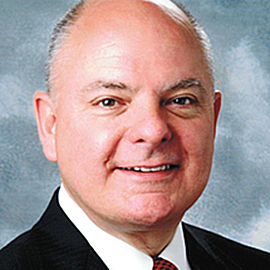 The advent of the Internet has enabled the proliferation of a myriad of Web-based applications designed to improve health and well-being.

Many of these are designed with a specific aim to provide better health outcomes for employees, be it reducing stress, helping improve lifestyle choices, or lowering the risk of acute medical care.

Of these applications, brain training has perhaps been the most questioned. Employers typically see the brain as a ‘black box,’ not easily understood or influenced without experts and shrouded in privacy concerns for the average employee. As a result, high expectations for brain training as an intervention for stress, mental health concerns or promoting peak performance have not materialized.

The evidence of the efficacy of brain training has nevertheless been mounting for some time and the advancement of the science of cognitive brain training has become a global priority agenda endorsed by the National Institute of Mental Health (NIMH).

And most evidence to date has shown benefit for the separate training of specific cognitive skills, particularly the ability to improve working memory (Klingberg et al., 2010), with a smaller amount of evidence pointing to similar improvements in other skills such as memory recall, attention and executive functions (e.g Basak et al., 2008; Nouchi et al., 2012; Schmiedek et al., 2010).

But as the U.S. emerges from the global financial crisis and the employment sector starts to grow again, now may be the opportune time to test the real measure of success of brain training in the workplace. Squeezed by the dual forces of ever increasing medical costs and global competition, employers need solutions that impact employee resilience, encourage healthy lifestyle choices and promote peak performance on the job. The key question for HR executives; can brain training deliver real results across the board?

Study may demonstrate promise
The answers may lie in a major new research study, now in publication, that looks at the impact of cognitive training in the workplace and undertaken by thousands of employees in a “real world” environment.

The study is one of the largest and longest ever taken into brain training, spanning two and a half years between January 2010 and August 2012 covering more than 2700 employees. *

Critically, the design of the study was to capture as close as possible the amount of benefit that would be derived from training in a typical real-world situation, and from as broad an employed participant pool as possible.

The study, utilizing MyBrainSolutions.com, commenced with participants completing an online cognitive assessment at the beginning and the end of the study period followed by brain training using a suite of 22 online games.

The WebNeuro assessment battery (Silverstein at al., 2007) takes approximately 30 minutes to complete, and includes tests of general cognition and emotional cognition, and questionnaires on emotional wellbeing and social functioning.

The online WebNeuro assessment measures the level of capacity within the four key cognitive domains of Thinking, Emotion, Feeling and Self-regulation. Employees typically use the assessment to obtain a personalized view of their brain capacities and retake the assessment to measure progress after a period of brain training.

The most significant benefits were found for games training positivity to better manage feelings of anxiety, stress and depression. In addition, training in self-regulation skills was found to have benefit beyond self-regulation capacities, to also improve memory, attention and executive function abilities.

Across such a broad base of users, these results show real promise in the use of brain training to better manage many of the health and well being issues that are so prevalent in workplaces across the United States and which are so costly to employers.

While further studies are warranted, these initial results from a real-world snapshot of naturalistic use indicate a beneficial effect of cognitive brain training and improvement in cognitive skills and emotional wellbeing. Considering the interconnected nature of the underlying brain systems and the interplay between cognition and emotional functioning, improvements in these cognitive areas signal overall improvement in brain health and vitality.

Gregory A. Bayer, Ph.D., CEO of Brain Resource Inc., a developer of innovative cognitive assessments and exercises to improve brain health, is widely recognized in the behavioral health industry for his leadership in developing responsive and efficient systems of care for those suffering with mental health concerns. He can be reached at www.brainresource.com.