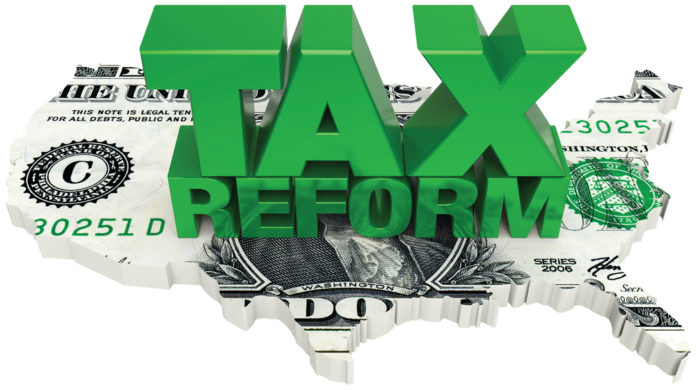 It’s been a busy season for Michigan tax professionals and their clients as they adapt to major changes in federal tax policy.

The Tax Cuts and Jobs Act, signed into law in December 2017, was the most sweeping tax reform in more than 30 years and kicked in with the 2018 tax year.

The TCJA eliminated the corporate tax-bracket system, which had eight levels and a top rate of 35 percent, and replaced it with a single rate of 21 percent.

Additionally, the owners and shareholders of many pass-through companies, who note profits, losses and tax liability on their personal returns, can now deduct up to 20 percent of business income from their taxable income. That reduces the effective tax rates for those taxpayers, who are subject to individual marginal rates as high as 37 percent.

“For business owners, the pass-through deduction and the lower corporate rate have reduced overall liabilities significantly for our client base,” said Anthony J. Licavoli Jr., a certified public accountant and a senior tax manager at Rehmann, a Troy-based accounting and consulting firm. “I think a lot of information has gone around saying to the contrary, but I mostly have only seen reduced effective rates as a result of all the changes.”

The law also redefined deductible business-related meals, canceled the deduction for business-related entertainment, limited the deduction for interest expenses for many larger companies, eliminated the carry-back provision for net operating losses while capping the NOL carry-forward at 80 percent of taxable income, and allowed 100-percent expensing for qualified business property placed into service between late 2017 and Jan. 1, 2023. It also altered some rules and increased some limitations for depreciating certain property.

Tax pros have been translating the new law, and the many Internal Revenue Service regulations and guidelines issued to clarify it, as they work with their clients’ tax forms and balance sheets this season.

Ryan J. Riehl, a tax lawyer at Detroit-based Miller, Canfield, Paddock and Stone, said taxpayers eligible for the new income deduction for pass-throughs saw significant savings under the provision, called Section 199A for its place in the tax code. Eligible pass-through income subject to the TCJA’s top individual rate of 37 percent is in effect being taxed at 29.6 percent — or 37 percent of 80 percent — after a 20-percent deduction.

“They were being taxed at 39 percent, almost 40 percent,” said Riehl, referring to the former top individual bracket of 39.6 percent. “They’re the big winners.”

But not all pass-through taxpayers are eligible for the full 199A deduction. Some of those whose income is based on providing a personal service, as opposed to manufacturing or selling products, are excluded. Doctors, lawyers and accountants did not make the list, for example, but engineers did.

“They must have a better lobby than lawyers or accountants or doctors,” Riehl said. (Section 199A has income thresholds — $157,500 for individuals and $315,000 for married couples filing jointly — at or below which pass-through income qualifies for the deduction, no matter the trade or profession that generated it.)

After the TCJA passed, about 75 percent of the questions he fielded on it had to do with 199A eligibility, Licavoli said. The IRS and Treasury Department over time issued regulations that answered a lot of those questions, he added.

“It was an area we focused on a lot up front, because we wanted to make sure we were maximizing the deduction for our clients from the start,” he said.

Paul T. Joseph, a lawyer and CPA and the founder of Joseph & Joseph Tax & Payroll in Williamston, said a TCJA rule change for individual taxpayers who receive W-2 forms from their employers has hurt a number of companies, especially those with employees who spend a lot of time on the road in their own vehicles.

Repatriating profits
On the international front, the law moved the U.S. to a modified territorial tax system, meaning that overseas earnings, with some exceptions, will generally be taxed in the countries in which they’re earned. It also instituted a transition tax on previously recorded foreign profits that can be paid over eight years.

The former system of subjecting repatriated foreign earnings to U.S. taxes, critics said, prompted companies to keep money stashed overseas; at the end of 2017, U.S. multinationals held an estimated $1 trillion in cash abroad, according to a U.S. Federal Reserve Board of Governors paper published in 2018. By April of last year, more than $300 billion of that had been brought to the U.S., said the authors, Michael Smolyansky, Gustavo Suarez and Alexandra Tabova.

“There was an effort made to at least make us a little more competitive in the U.S.,” said Riehl. “We were the second-highest in the world before the change.” Effective tax rates under the old system, however, could have been lower than the former top rate of 35 percent, he added.

Meals can still be deducted at 50 percent, but the law changed how an eligible business meal is defined. Entertainment deductions, however, are completely disallowed; if a business owner treats a client to an event, like a baseball game or a night at the theater, any food ordered must be itemized and paid for separately in order to be deductible as a business meal.

The IRS did not issue guidance on the meals and entertainment provision until early October.

“It took them awhile to come out with that,” said Gatti. “People were getting paranoid. They thought all of it was nondeductible.”

Gatti and others said they’ve not seen major changes in clients’ entertainment policies — yet. “That may change once they appreciate the amount of the disallowed deduction,” said Gatti.

“We have had some clients reconsider cost of certain items like suites (at Little Caesars Arena), but no one that I am aware of has dropped anything as a result,” said Licavoli. “Entertaining clients and prospects is an important part of business development for a lot of industries so, yes, it’s become more expensive, but I haven’t seen any altered behaviors because of it.”

“As a law firm we really didn’t change our practice,” said Miller Canfield’s Riehl. “Our business obviously depends on relationships and referrals.”

C (corp) before S?
With the Section 199A provision — the 20-percent deduction for certain pass-throughs — accountants and lawyers have spent time analyzing whether some S corporations, which are pass-throughs, could save money as C corporations. The flat 21-percent corporate rate, compared to the top post-deduction rate of 29.6-percent for the owners and shareholders of S corporations, “sort of made this a viable discussion point again,” said Riehl.

“It’s been talked about and modeled, but no one has really made a change,” said Gatti. “At the end of the day, you still have money trapped in a C corp.”

“If you were to convert an S corporation to a C corporation, you would still be subject to double taxation on any distribution to the shareholders,” said Joseph. “I can foresee that you may want to trap revenue in a C corporation for expansion plans or to fund other projects which may be on the horizon for each individual company or to fund such things as pension contributions.”

“I think there’s a case to be made now,” said Riehl. But many companies, especially startups, are “still better off in the flow-through world,” he added.

Filing deadlines were in March (for S corporations and partnerships) and April (for other corporations), but many business taxpayers routinely seek automatic six-month extensions, pushing their deadlines into September or October. Still, Joseph said he’s seen extension requests go up by about 50 percent.

And the relative speed with which the law was passed, once President Donald Trump took office, resulted in some TCJA confusion that required clarification from the IRS, some said.

“Part of the problem is that it was enacted so late in the year with immediate effect — that caused some confusion,” he said.

“There are definitely areas we wish would have been thought through some more, especially related to the interest expense limitation and the international provisions,” said Licavoli, who pointed out that Republicans had been working on tax reform for years before Trump took office.

“My guess is,” he added, “if it would have taken another few years people would be saying, ‘Typical Congress — can’t get anything done.’”