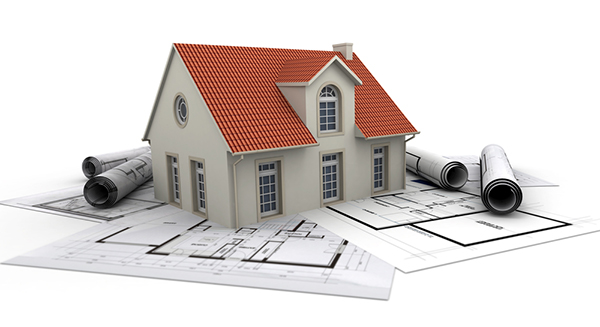 LANSING (Capital News Service) – The future of housing in Michigan may come from ideas that are more than 100 years old.

Michigan needs about 75,000 new houses over the next five years to keep up with demand, according to government officials. The Michigan Municipal League and the Michigan Economic Development Corp. recently announced a solution that would create home designs that blend in with housing already in place.

“People used to use standardized plans where you could have materials shipped to you to build versions of the same houses across the region,” said Richard Murphy, the program manager for the Michigan Municipal League, which represents the state’s towns and cities.

Murphy and his colleague, Melissa Milton-Pung, are the coauthors of a plan called the “Pattern Book Homes for 21st Century Michigan.”

Their inspiration is the homes people could order from the Sears’ catalog in the early 1900s.

“Traditional municipalities that developed at the turn of the last century are going to be the key market areas for Pattern Book solutions,” said Andrea Brown, the executive director of the Michigan Association of Planning.

“This is one of many strategies that we need to make up that gap to make sure that every Michigander has adequate and appropriate and affordable housing options available to them,” Murphy said.

The plans are for multifamily homes that help lower the cost of construction. The duplex model, called the Linden, is one home on top of the other. It costs about $500,000 to build.

Both kinds of houses are scarce in Michigan.

“We don’t have a lot of homes that are in between either a single-unit house on the one hand, or a large apartment complex on the other,” Murphy said. “If somebody wants to live in something that’s in between, it’s a missing middle-density option.”

South Bend, Indiana, and Fayetteville, Arkansas, are among the communities nationwide that have adopted similar ideas, Murphy said. Pattern Book Homes in Michigan are unique because of their greater reach.

“We aren’t the first to do this, but as far as we know we are the first to put out something that can be adapted statewide rather than just working in a single municipality,” Murphy said.

Certain aspects of the plan need to be “fill-in-the-blank” to adapt to different areas of Michigan.

“When you are building a house in Monroe you have to deal with a very different level of snow load on the roof, for example, than you would in like Marquette or Houghton,” Murphy said.

The Michigan Association of Planning has included Pattern Book Homes in a toolkit designed to help cities encourage new housing by updating zoning restrictions. The toolkit lays out 15 ways to expand housing choice and supply.

The toolkit encourages modest changes to local zoning to allow for multiunit homes to be built in areas zoned for single family homes, said Brown.

“They are stretched thin,” Brown said. “There is no housing for service workers, restaurant workers, new professionals and people who want to age in place.”

“The situation in Traverse City is that 83% of residential properties are zoned for single families only. It means that even if people live alone or in small numbers they have to occupy an entire single family home to live in Traverse City,” said David Hassing, the chairperson of the Traverse City Planning Commission, which prepares and adopts physical plans for the city.

“We are looking for more opportunities to bring housing variety so that smaller units can be within Traverse City limits,” he said. “What we see that’s missing is what is referred to as the missing middle. Which would be those duplexes, triplexes and quadplexes.”